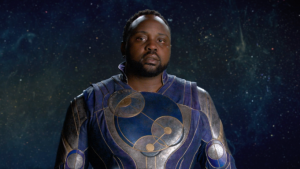 Back when I did my original entry on the LGBTQ+ MCU characters,  I wasn’t too keen on the characters I discussed.  I’d like to say that things have gotten better but to say that it’s a mixed bag is an understatement.  While this entry is focused on Phastos,  I do wish to bring up Loki, his titular show confirmed Loki is bisexual. 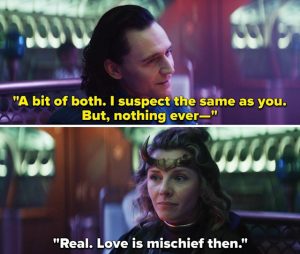 On the surface, this scene felt nice but at the same a little too late.   It’s just I’m happy that it’s finally confirmed but it felt hollow at the same time.   In many ways,  that’s how I feel about Phastos as well.  It’s not that he’s a bad character but the characters in Eternals barely get any time to shine as the movie is so bloated.  There are some good things about him as he is in a loving relationship with a partner with a kid. 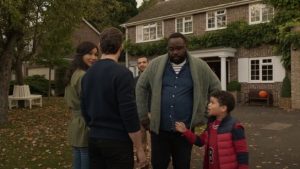 This is good and his family is important to him as they are the reason he joins his fellow Eternals in stopping the Emergence as he sees humanity in his husband and son every time he looks at them.  And his husband is another person of color breaking from the norm as he is played by Haaz Sleiman, who is a Lebanese actor. This is key to bring up as often,  with LGTBQ couples,  it’s usually a white person and a black person or person of color. As much as I love Supergirl, this was the case there. 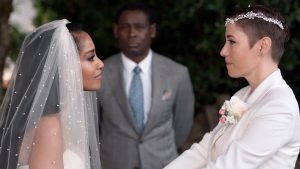 All of this would be good and fine if it were not, for one thing, Hiroshima. Phastos is an inventor and if you put two and two together. Well… 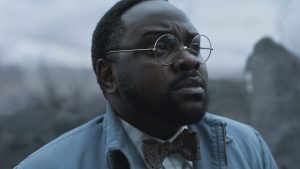 Yes,  Phastos does feel remorse for what took place but it still feels wrong to use a real-world event in such a manner.  As the website, Them writes:

which we surmise he used for humanity’s benefit, in defiance of the Eternals’ arbitrary “don’t get involved with Earthlings” mandate — somehow led to the use of nuclear weaponry during World War II.

But, like, that technicality doesn’t really make that narrative choice feel any better, right? I’m all for complex gay characters, but maybe after over a decade with no LGBTQ+ heroes whatsoever in the MCU, we could have done something — anything — else this first time around?

I am not trying to be overly sensitive here but there is something offputting about attaching such a real-world tragedy to a work of fiction.  Yes, Captain America: The First Avenger did his too with World War II but something about that feels different, and sure other superhero movies have placed their characters in real-world situations. 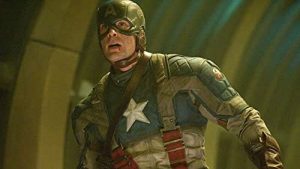 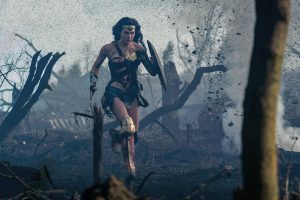 But for some reason,  it didn’t feel as exploitive in the above examples.  Perhaps because the former felt like the type of movie the troops would watch but there with Phastos, it just felt wrong. As Wired UK writes:

In that sense, the scene is simply part of a wider trend, one where our increasing distance from the 20th century’s historical atrocities makes them attractive playthings for fantasy screenwriters. In 2018’s Fantastic Beasts: The Crimes of Grindelwald, J.K. Rowling wrote a scene in which the eponymous villain argues that wizards must rule over non-magical humans to prevent atrocities; vignettes of tanks, the Holocaust, and atomic bombings play at the same time

Now, this article does bring up the No Man Land scene from Wonder Woman and fair is fair but the Hiroshima scene and the scene from the franchise by the transphobic author are much worse in my opinion.  I’m not arguing that superhero stories or any work of fiction shouldn’t use real-world events as you’ll see with my next entry but I feel it’s important how it is handled and I don’t think this idea was handled all that well.

Eternals director, Chloe Zao fought to keep this scene in the movie and the writers have defended the scene, which again I understand the idea and I know I perhaps am not the right person to critique a Japanese-American including this.

As somebody who is Japanese-American and has family in Japan, this is a big part of my life and my history. You don’t want to avoid human tragedy. We want to make people think and talk about it so these things don’t happen again. It’s not cheapening tragedies. It’s about forcing audiences of all ages, races, and places to reckon with the things we’ve done.

Here’s the issue, it feels wrong to attach such an event to the MCU’s first openly gay character which many people highlighted before the movie event came out and others looked at the fictional crimes that Catra committed. 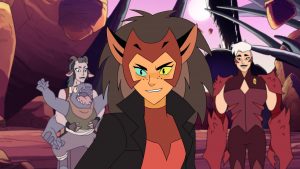 But here’s the other thing, that interview highlights the Eternals having lived to see all of humanity would see their tragedies.  That, I can understand but Hiroshima is only treated as one flashback sequence to contrast how Phastos lost his faith in humanity and now how his family has restored his faith in humanity.  Not a bad idea in theory and one I can understand but if this is meant to be so important to Phastos,  I wish that some more time with Phastos during this period.

This brings up something else I felt about this movie, it was too bloated trying cram things in about ten characters.   This movie either needed to be divided up into two movies or do a Disney+ prequel series where a different episode highlighted the different Eternals so that we could know and understand them better because as it is,  by the time the credits rolled on this movie, I didn’t feel as though I knew that much about the characters.

I struggle with this movie and this character, I want to like it but it’s so bloated and dull and Phastos himself isn’t a bad character but I just wish I didn’t have to discuss that giant elephant in the room because it taints the character.   Again, Phastos did not actively nuke Hiroshima but he still had a hand in what happened and that feels wrong.  Join me next time as we get musical as I look at Anybodys from Steven Speilberg’s reimaging of West Side Story. 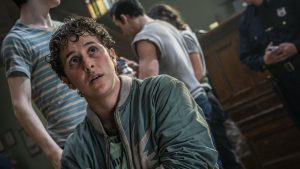 2 thoughts on “A Look at Disney’s LGTBQ+ Characters: Phastos (Eternals)”