A Look at Disney’s LGBTQ Characters: The Characters of MCU 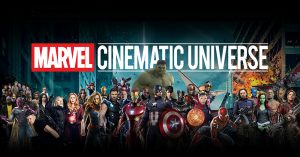 I’ll be honest in saying that this is one of two entries that I have not been looking forward to covering (the other being Star Wars).  It’s less to do with the franchises and more so the toxic fans these franchises have.  I love superheroes and I do love the MCU  but it’s been lacking in the queer rep department.  When one looks to the Arrowverse, it can be observed that this is an area where they have been blowing the MCU out of the water.  For instance, they gave us the first trans superhero on tv played by trans actress, Nicole Maines as she plays Dreamer on Supergirl. 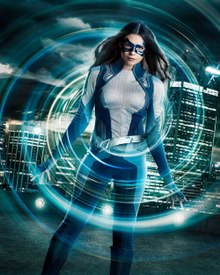 So, that is cool and this’ll be the last time I bring up the Arrowverse in comparison.  Also,  this is not a complete overview of every MCU character that identifies as LGBTQ as I didn’t watch Agents of Sheild nor the Netflix Marvel shows.  So, I do not know if any characters identified as part of the community on those shows.  With that said,  I will try my best to cover these characters.   With that out of the way, we are going to start with a character where it wasn’t confirmed but I hope that if he shows up in the future it is. 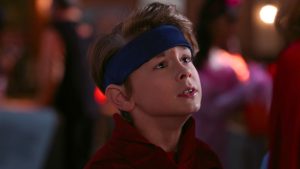 Now, this one is a little tricky as Billy is just a kid, and while sites like Digital Spy listed him as the MCU’s first openly gay superhero.  Thing is, that was never brought up in the show and on the one hand, I’m okay with that as he’s still a young kid.  Perhaps if he and his brother had been aged up to teens, this could be explored.  I wanted to start with Billy as his comics counterpart is gay and that is an important part of his character. 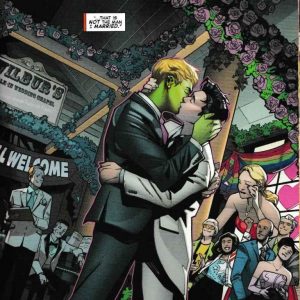 Marvel has published same-sex weddings before, but Hulkling and Wiccan’s nuptials represent the first time that two gay superheroes have tied the knot.

So, I have hope that we could see this developed more in the future.  Now, let’s move onto a character whose identity was cut. 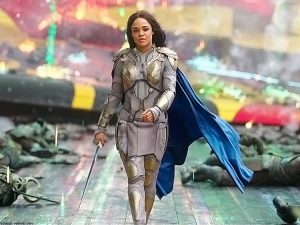 I hate Thor: Ragnarok.  It is my least favorite MCU film everything about it ticks me off.   Earlier this year I was watching a video from the YouTube channel about queer coding that I’ve referenced in this series before and that was the first time I learned that a scene was cut from the film that would’ve confirmed Valkirye as bisexual.

It’s not unusual for entire storylines to be cut from the final version of a film, but the choice to cut out a key scene confirming Valkyrie’s attraction to women feeds into the larger Hollywood problem of bi-erasure and straightwashing that’s been a staple of big-screen adaptations of other source material for decades.

Now I did not know who this character was before this film but upon a simple Google search, it can be seen that she is bisexual in the comics. 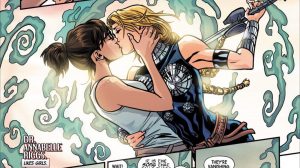 Now, this ties into a larger issue and that is a bit more personal,  bi-erasure.  Often, the B in LGBTQ is forgotten and this is such a prominent example of that.

Bisexual erasure or bisexual invisibility is a pervasive problem in which the existence or legitimacy of bisexuality (either in general or in regard to an individual) is questioned or denied outright.

Yeah, this stings and it honestly makes me hate the movie even more.   Now, let’s move on to another Thor character where promos for his self-titled show revealed him to be gender fluid. 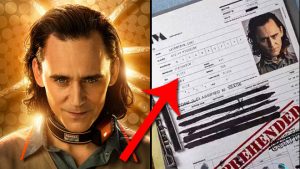 To break it down,  it can be explained this way.

Gender-fluid people are people whose gender changes over time. A gender-fluid person might identify as a woman one day and a man the next.

They might also identify as agender, bigender, or another nonbinary identity.

I can absolutely see this with Loki and I hope that this is explored in the show proper but I don’t have many hopes.  Now, there were also reports that Loki would be bisexual but that came from We Got This Covered and they are known for making stories up.  From what I understand, this is accurate to the comics and Tom Hiddleston when speaking on Loki being gender fluid had this to say.

“It’s always been there, in the history of the character, in the mythology and in the comics. I was aware of it from the moment I was first cast. So it’s a thrill that we get to touch on that in some way,” he explains, though he’s hesitant to spoil anything. “How we do [touch on that], I think I want to leave the audience to find out.”

That does make me hopeful that more will be explored as the show goes but I’m not exactly holding my breath on this one.   Now onto the character that was the biggest joke in this regard.  In the opening scenes of Endgame, director Joe Russo cameoed in the therapy scene with Steve and reveals that his character’s husband was blipped out of existence when Thanos snapped his fingers. 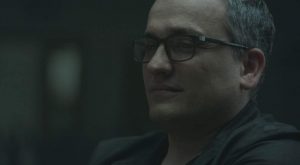 You know what’s really frustrating, the same news outlets that were calling out the exclusively gay moment with LeFou praised this scene as a milestone.  When in reality, it’s no different than that.  It was the same thing really.  As pointed out by PinkNews.

We don’t want scraps, or crumbs. Joe Russo’s character in Endgame is a crumb. What’s more, that crumb, in subsequent press interviews, has been dressed up as a golden nugget.

As put here this is a crumb that while it may have been well-intentioned but the community is tired of only getting scraps.  We deserve better than this.  This angered me on the same level as the LeFou moment.

Make no mistake, I like the MCU but in my opinion, when going over these characters and listing the ones I was going to look at for this retrospective, they have disappointed me the most.   Marvel is the biggest thing in entertainment right now and there are a lot of LGTBQ+ fans but time and again, those fans have been failed by the MCU.  And sad to say, I don’t see this stopping anytime soon.

4 thoughts on “A Look at Disney’s LGBTQ Characters: The Characters of MCU”