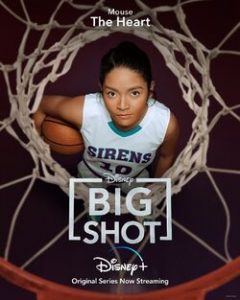 Big Shot is a new sports drama from David E. Kelley and Brad Garrett about a college basketball coach fired after losing his temper and is forced to coach a team at an all-girls private high school.  The show is pretty good, I binged the first eight episodes in a day.  And well, there is an LGBTQ character on the team.  That being Carolyn “Mouse” Smith.  I like her for the most part but there are some issues that I have noticed with Mouse. Mouse isn’t exactly the smartest girl on the team and that well,  I don’t know if dumb gay is a trope but it does feel like one.  And that is kind of the feeling that I was getting from the character of Mouse.

Putting it another way,  it kinda feeds into the gay best friend trope. Not completely but there are hints of it.

Almost as long as rom-coms and high school TV shows have existed, the Gay Best Friend™ has been a source of comedy and controversy. Often an important first step in introducing queer storylines to mainstream audiences, the GBF trope had a tendency to reinforce stereotypes about gay men: that their only interests are makeovers, shopping and drama, that their struggles and relationships fade into the background unless they’re supporting a straight person’s story,

Mouse has other interests and is allowed to develop feelings for another girl that we see her get with in the eighth episode and share a kiss.  Now Kelley is no stranger to TV as he also created Ally McBeal but I was curious about something about that show he created.  And this piece from Out goes into it better than I could.  It basically says that it hasn’t aged well and that is part of the feeling that I’m getting with Mouse that in a couple years,  even though she is a good character, she’ll feel dated.

There have been strides made to make it feel more inclusive and welcoming, which is where MilPride comes in.

A national group serving LGBT service members and their families has launched a new program to provide support for the LGBT kids of U.S. troops. Milpride was announced Saturday in Washington, D.C., at the American Military Partner Association’s annual gala.

I understand that the military isn’t looked at favorably by a lot of members of the community and I get it and things were worse back when Don’t Ask, Don’t Tell was a thing.  The way that Mouse speaks of her parents made them sound rather strict and we haven’t met them yet.  We don’t even know if she’s out to them.

I would hope things would go well for her as she’s nice,  which is another trend I’m a bit tired of seeing, often you see LGBTQ characters but sometimes, that is all these characters are given.  On the other hand, her new girlfriend is I guess a little stuck up but not snobby.  They actually work well together.  And the kiss as I mentioned is cute.

Even if it was a little weird for me as her gf Harper is played by Darcy Rose Byrnes who I know for voicing Amber on Sofia The First. 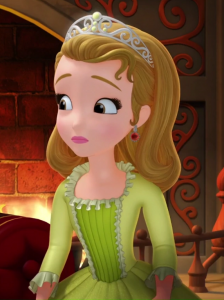 Just a side thing but focusing back on Mouse, I like her and she is a nice character but it does feel like the other girls on her team have received more development than her.  I hope more is done with her as I like her but it sometimes feels like the show forgets about her.

Still, I would recommend this show as it’s not a bad watch and has a lot of nice moments.