You’d think I would’ve learned by now. I’ve been doing this for a full third of my life, after all. But even after all the times I’ve come to regret it, there still comes an occasion — maybe once a year, if that — when I find myself getting hyped for a movie.

Prey for the Devil, of all things, was a movie I’ve been eagerly anticipating to see for the past several months. The trailers totally sold me on this protagonist with a family history of demonic possession, chosen by fate to be the first female exorcist, and she’s in a school full of exorcists training to battle the forces of evil. It’s like everything The Conjuring Universe wished it could be, but without the problematic restraints of the charlatan real-life Warren Family.

In previous blog entries, I’ve speculated on the potential merits and drawbacks of building a megafranchise on the “low risk/low reward” model powering modern horror cinema. Imagine a megafranchise with all the scope of the MCU, but less costly and time-intensive to produce. It might not be as profitable, and there’s certainly a risk that producing entries at a faster rate would mean more careless mistakes, but the whole enterprise would be so much more flexible. And if there was ever a premise that could power multiple interconnected franchises, this could easily be it.

But then I saw the movie. And now I feel like an even bigger idiot than these filmmakers.

This is the story of Sister Ann, played by Jacqueline Byers. Though Ann’s cruel and abusive mother (played by Koyna Ruseva) was diagnosed as a schizophrenic, Ann always insisted that her mother was a tragic victim of demonic possession right up until she killed herself in front of young Ann. So it is that Ann grew up an orphan until she eventually became a nun.

Flash forward to 2018, when demonic possessions were reported in record numbers. Thus Ann takes up work at a kind of exorcism headquarters in Boston. It’s not just a school for exorcists, but also a kind of inpatient hospital where potential victims of possession can be placed under observation for full mental and physical checkups before a full exorcism can be authorized by the Vatican. This is where Ann does most of her work — as a nun, she can only care for the case subjects in a nursing capacity while the priests handle the actual exorcism rites.

Enter Natalie (newcomer Posy Taylor), a young girl under the care of Sister Ann, and the two of them form an immediate rapport. Trouble is, Natalie does indeed show signs of legitimate demonic possession. This while Ann is seeing all sorts of weird visions and a demon seemed to attack her without provocation. Long story short, Ann works her way into the periphery of the exorcism lessons, getting just close enough to try and help Natalie while figuring out what’s going on in general.

Let’s start with the positives. The horror element works quite well. The atmosphere is good, the body horror is repulsive, the jump scares are nicely timed, the misdirects and reveals are all effective. The filmmakers really went hard into selling demonic possession as a deathly serious business, which does a lot to sell the world-building and the stakes. I can respect a horror movie that works well enough within the confines of a PG-13 rating that I forget I’m watching a PG-13 movie.

Then we have the cast. Granted, Virginia Madsen seems to be sleepwalking her way to a paycheck and Colin Salmon spends the whole movie coasting on his innate charisma. Still, Jacqueline Byers is suitably charming as our lead, and Posy Taylor is an impressive young talent turning in a dynamic debut performance.

Most importantly of all, there’s the matter of the themes at play. For one thing, Ann makes herself useful because unlike other exorcists who barge in with crosses and holy water and Ave Marias, Ann makes an effort to actually try and treat the patient. She tries to empathize with the patient, the better to help them through this ongoing problem and figure out why exactly they’re being possessed in the first place.

As the plot unfolds, Ann finds a possible common thread, positing that demons prey on people’s guilt. Demons play into people’s natural inclination to blame themselves for something wrong, believing they deserve to suffer. Thus Ann posits that if possession subjects can forgive themselves — and ideally, accept God’s forgiveness — they can be saved.

So we’ve got a horror movie that uses demonic possession as a metaphor for mental illness, generational trauma, and survivor’s guilt. And it had the terrible fortune to come out while Smile is still in theaters. Sorry, but the latter movie delivered far more effective horror with a more focused and detailed examination of the topic, and it did so without nearly as much of the religious sermonizing.

This brings me back to my initial comparisons with The Conjuring. While weaponized Christianity is certainly a factor in that particular megafranchise, it bears remembering that the Warrens themselves were only laypeople who took a more general view of the occult and the supernatural. Thus their films handled religion with a lighter touch. Compare that to this picture, in which our lead characters are nuns and priests who work under the direct command of the Vatican. As such, the Catholic angle is all-encompassing and unavoidable, and the movie takes it with heavy-handed seriousness that leaves no room for any sense of humor on the topic.

To be entirely fair, it bears remembering that our protagonist is a woman in a male-dominated field. As such, she’s ideally suited to make comments and observations that fly directly in the face of how the Catholics have been doing things for the past several thousand years. It’s certainly nice that the film is at least suggesting that maybe the Catholic Church is an archaic institution that could probably benefit from updating its own ways and means.

On the other hand, the film is heavily reliant on Catholic imagery and dogma, with world-building and exorcism-based conflict built entirely on the ultimate authority of God and His priests. And here we have a protagonist trying to question all of this and introduce new methods while the plot continues to integrate the old ways and it’s never entirely clear how (or even if) any of this actually succeeds in expelling demons. Not only does it make for a movie that actively contradicts itself, but it carries the very real risk of driving away Catholics who may object to the nature of this film’s portrayal while also driving away non-Catholics who can’t or won’t get on board with this setting.

Prey for the Devil is one of those tragic films in which each individual part is solid right up until they’re all mixed together. Exorcism horror films are a tried-and-true subgenre, and we could certainly use a movie about the outdated and sexist nature of the Catholic Church, but the filmmakers can’t find a way for these two ideas to coexist in the same movie. Sure, the body horror is well-crafted and Sister Ann makes her case beautifully, but the two ideas fatally undercut each other. I might add that while demonic possession could make for a fantastic means of exploring themes of mental illness, this movie doesn’t have the means of doing it right when so much of the screentime is devoted to exploring other themes and showing off the effects-driven exorcism action scenes.

Put it all together and it evens out into predictable boilerplate slop. It’s a film that tries to be so many contradictory things at once that it fails at being any of them, woefully incapable of adding up to anything near the sum of its parts. It’s a damn shame because I really did like Jacqueline Byers in the lead role, and Posy Taylor surely has a bright future ahead of her. I wish the both of them the best of luck in finding lead gigs in some other, better movie.

In a year filled with so many fantastic horror movies, this one’s an easy “don’t bother” recommendation. 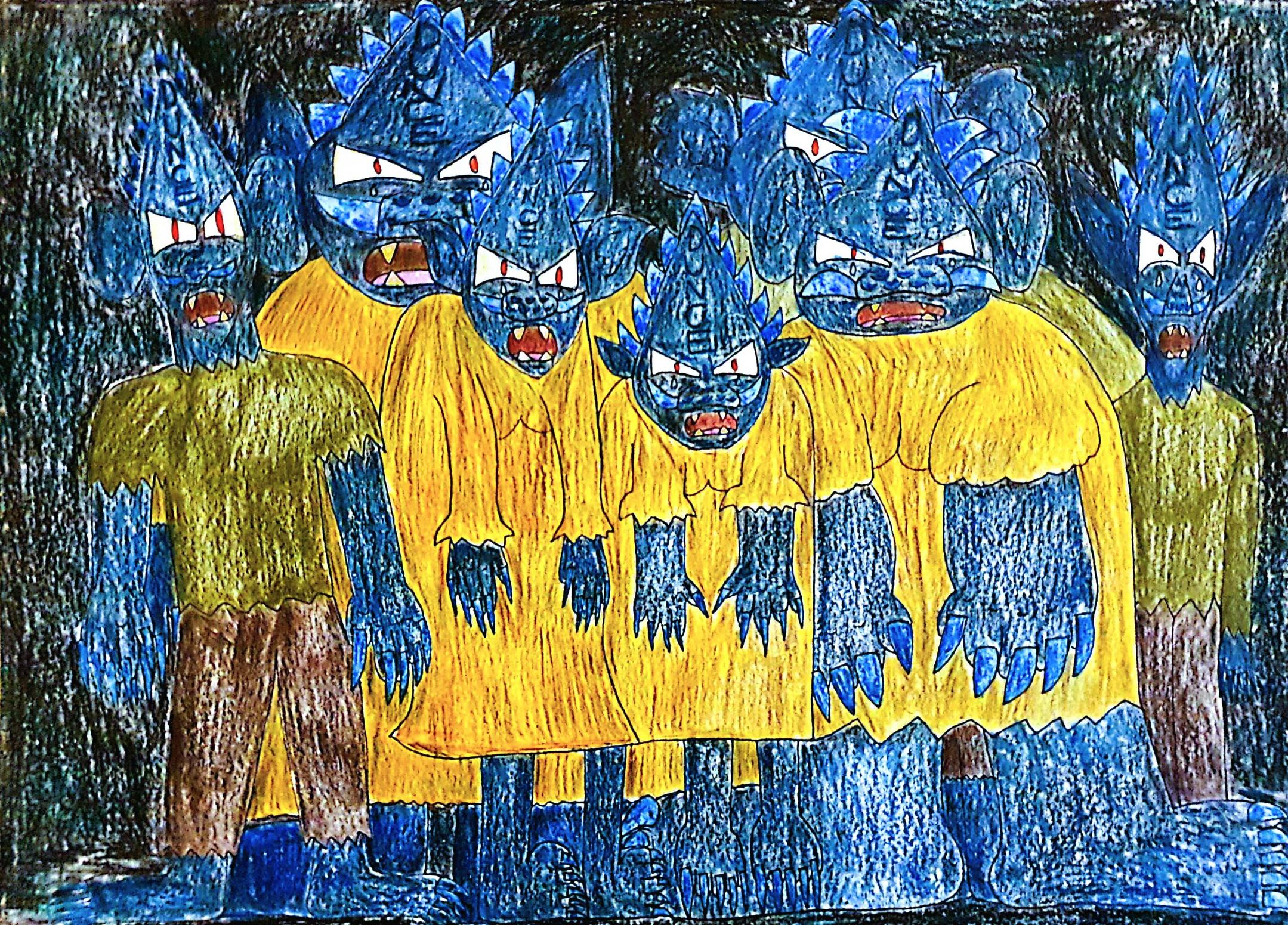