This screenshot demotivational poster is highly Anti-KogAya. So, please, take what I have to say with a grain of salt.

As for all of my Anti-KogAya friends, fellow artists, fans, and brethren, do endeavor to sit back, relax, and revel in the pummeling evisceration of one of my other biggest NOTPs of all time.

At the opposite end of my venomous loathing against KogAya, do expect a lot of pro-InuAya and some pro-SessAya moments and probably some pro-KouSan and pro-KogKag moments.

I am really not being funny when I say that Kouga x Ayame is a couple I have never ever cared for, considering that Ayame, as an anime-only character, was thrown in the show to give Kouga a love interest complete with the flashback of little Ayame being rescued by the teenage Kouga in the hopes that they will be married when she comes down the mountains. The only caveat is that Kouga has ended up developing feelings for Kagome because she can sense the Shikon Jewel shards and has somewhat forgotten about his Lunar Rainbow Promise to Ayame.

I honestly feel so sorry for Ayame because she has proven herself to be a strong, capable, formidable fighter and a much more determined soul than Sango and Kagome can ever aspire to be. The mere fact that she only appeared in only a total of four episodes makes me wish that she were a more prominent character because of how truly interesting and fascinating she was compared to a lot of the “main heroines” of the show. Ergo, she is a character who has graced the screen with her determination and guts, but was severely underutilized in favor of the main action going on between Inuyasha, his feelings for Kikyou and Kagome, and all of them battling against Naraku. She could have also had a shot at helping Sesshoumaru and Inuyasha out at defeating Naraku, and instead of Inuyasha waiting for Kagome in the span of three unnecessary years, she could have endeavored to be Inuyasha’s forever person for good and for all.

Going to Kouga, I made it very clear that I do not care for this big-bluffing, cowardly Karma Houdini who barely got any comeuppance for his actions of killing innocent villagers and even sending his wolves to kill of a defenseless young Rin before being revived by Sesshoumaru’s Tenseiga. What was worse about Kouga is the power he thought he had over his opponents thanks to the jewel shards on his legs without even utilizing his own strength and skill to become a better fighter. By the time Naraku deprived Kouga of his said shards, he just up and left his allies like a wimp without any balls whatsoever. He essentially abdicated his duty of avenging his comrades’ death from Naraku’s and Kagura’s hands in the most unceremonious way, which has made me lose all respect for this pathetic excuse of a wolf warrior.

I also found it absolutely ridiculous that both Kouga and Ayame ended up getting hitched in “Inuyasha: The Final Act” considering that he did absolutely nothing to avenge his fallen comrades and did not deserve to lead the wolf pack. Their “marriage” was thrown in just to give Ayame a bit of screen time and Kouga closure to his tale. If only everyone knew of the nefarious deeds Kouga did to the villagers, Rin, and his fallen comrades, the wedding would have been called off in an instant, he would have been banished from the tribe, and faced his ultimate punishment of Karma finally and fatally biting him in the back in the form of being killed by a bunch of angry villagers who wanted to avenge the deaths of their families.

Ayame would find herself extremely horrified and shocked to her foundation at what Kouga and his wolves did especially to Rin and would easily brand him as a murderer. Her whole prospect with him may have crumbled, but at least she can find great hope in the forms of Sesshoumaru and Inuyasha.

Sesshoumaru’s relationship with Ayame would be branded as a first crush because of how well-respected, chivalrous, strong, determined, focused, courageous yet elusive he is. This would also come into effect when he would bluntly tell Ayame that Kouga is not the man she should ever trust, especially based on what he and his wolves did to Rin and the villagers. This would spur Ayame on to not only admire Sesshoumaru for his courage and strength but also make Ayame determined to keep Rin safe from all harm, thus making her look up to Ayame as a sort of motherly auntie figure. In spite of her admiration and adoration to Sesshoumaru, Ayame would realize that they are a bit too different to be in any deep relationship. Nevertheless, Sesshoumaru and Ayame can endeavor to stay as the firmest of friends and can even see Ayame’s potential as not only a great fighter but also his younger brother’s most ideal woman to be in his life far better than any mortal girl. At least, Ayame can feel truly protected under Sesshoumaru’s wing and provide that same protection to Rin.

Speaking of Inuyasha, Ayame would easily fall for him and his brand of courage, strength, toughness, pride, and muscle power. Sesshoumaru, being the older brother, would also be in huge favor of Inuyasha and Ayame being together and she would also quell the aggressive familial tension happening between the dog youkai brothers by fully understanding their situation. Not only will there be respect for Inuyasha through Ayame in terms of his strength but also his genuineness, his loyalty, and his willingness to unconditionally love her. In fact, unconditional love and compassion are the corner stones in Inuyasha’s and Ayame’s relationship which will perpetuate in their family life and will make them the formidably powerful couple that they are. Ergo, Inuyasha and Ayame certainly have it made in the shade thanks to how amazingly mighty they are in battle and unconditionally appreciative they can be to each other.

As for Kouga, there is no doubt that he has been treating Kagome like a princess, and these two definitely deserve each other full stop due to them not being strong fighters in the slightest. At least they can be happy in the next life, most ideally in the deepest, darkest depths of the underworld.

However, this is where Sango would come into the picture to be Kouga’s greater half. As opposed to Miroku’s constant groping, Kouga would be able to be very attentive to Sango, thus making him very tamed to her. Speaking of tamed, Sango would indubitably whip him into shape by ensuring that he does not do any form of wrong or harm to any of her fellow demon slayers in the slightest iota. At least Koga can truly admire a woman of substance such as Sango because of her strength and power.

In conclusion, Kouga’s actions have not only disgraced him as a wolf youkai warrior but also that of his fallen comrades, the villagers he and his wolves massacred, and Rin. All of his catastrophic crimes would be enough for Ayame’s guts to be turned inside out and seek for better companionship in the forms of Sesshoumaru and Inuyasha, especially the latter, as he will give her a far more promising future and he has the courage to make their lives as a couple much better and healthier.

I hope you all enjoyed this Anti-KogAya demotivational poster and I will see you in the next submission. Take care, everybody.

Kouga and Ayame from Inuyasha belong to Rumiko Takahashi and Sunrise. 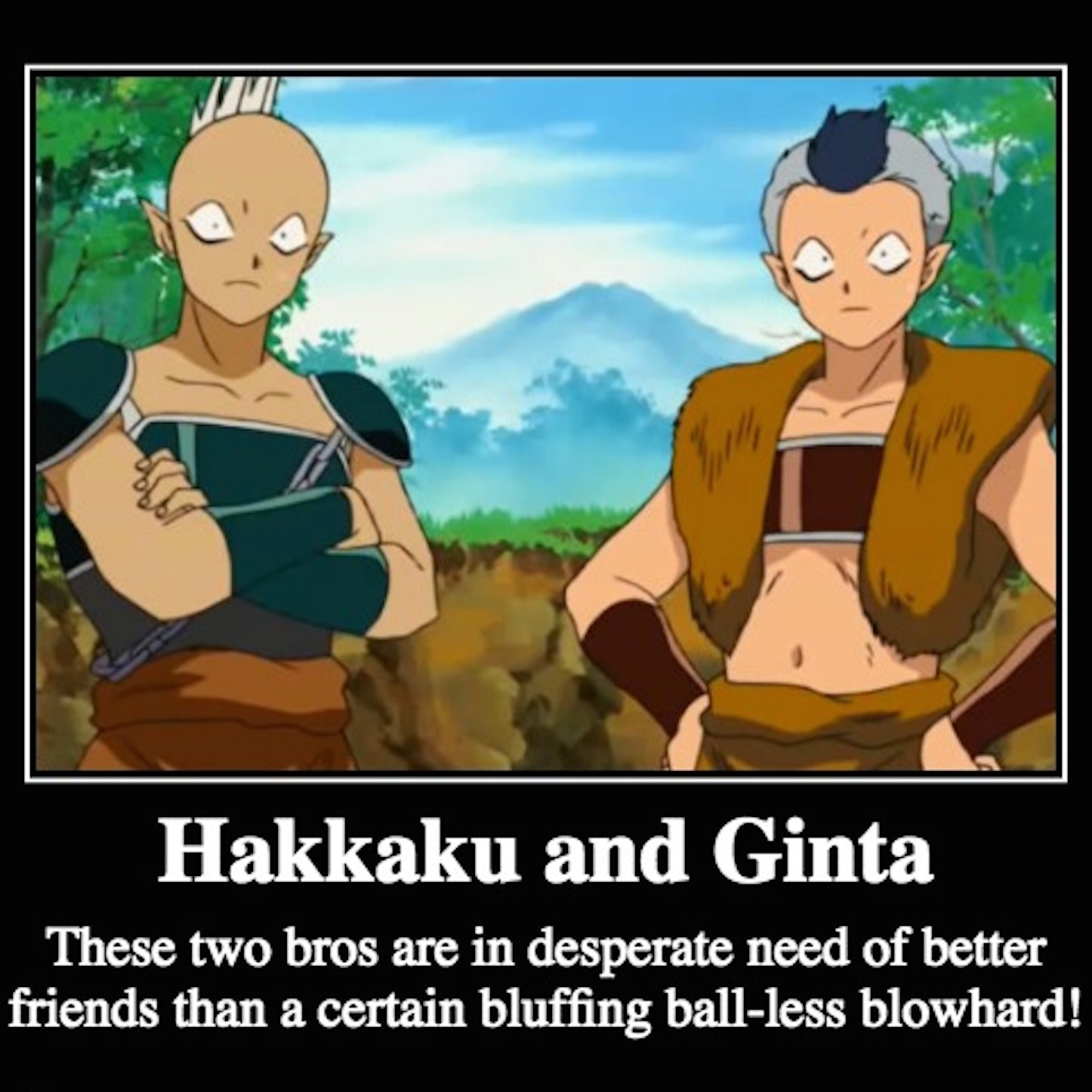