A Look at Disney Power of The Princesses Bonus: Sofia

Hello & welcome back to A Look at Disney and to Power of The Princesses. Now, we have officially looked at every princess that is in the line up but there was one princess that I felt worth bringing up seeing as her show was spun off from the Disney princess line and she has met the likes of Cinderella, Ariel, Belle, Snow White, Aurora, Ariel, and will be meeting Mulan and Rapunzel soon. We are today, going to take a look at the first princess created for Disney Junior, Sofia The First. Now Disney promotes young Sofia as a princess in training. Which I can understand with her only being seven but like my fellow Sofia fan, DisneyOtoko, I already view as a Disney princess because she has the qualities that I feel are most important to a Disney princess. Now, this will mostly work the same, we will look at Voice Actress, First Appearance, Favorite Moment, and finally, Is Sofia A Good Character? Let’s begin. 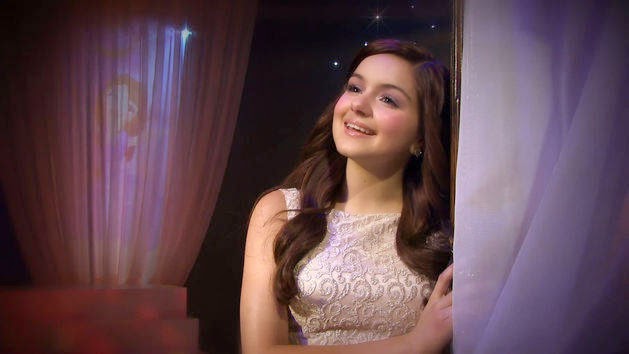 Interestingly enough, Sofia’s VA was named after a Disney princess, IE, Ariel. Now, Ariel Winter has a role on the ABC show, Modern Family, Which I do not watch but she has lent her voice to other characters such as Gretchen in Phineas and Ferb, a mermaid character on Jake and The Neverland Pirates and Penny, in the DreamWorks adaption of Mr. Peabody and Sherman. (A character created specifically for the movie and serves the same purpose as Cindy from Jimmy Neutron. Smart girl that picks on Sherman but by the end of it, develops a crush on him).

And if you saw The Dark Knight Returns, she voiced Carrie Kelly aka Robin. 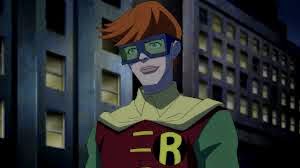 Looking at all of these various roles (and the ones I didn’t cover) that Winter has played and taking into consideration that she is only 16 years old, I firmly believe that Ariel Winter will go on to join the greats of voice acting such as Tara Strong, and Grey DesLisle as a voice acting super star. That is if she chooses this career path, she is still after all a teenager. And I’ll admit I mostly only from Sofia The First but I’ve seen her other work and I have been highly impressed by her work. Never once did I hear the same character from her, with any of the characters that I have mentioned here.

Sofia first debuted in the pilot movie, Once Upon A Princess that aired in November of 2012 as to get kids excited about the new series. I’ll admit, I mainly checked out for the blog because at the time I had been avoiding reviewing Disney Junior shows as most of them are just awful. But the promos for this one intrigued me as genuine effort seemed to be put into this show. And that is the case with this show and I truly liked how Sofia was handled in the TV movie because it showed her fears of moving in with a new family, going from being a common village girl to becoming a princess overnight and how scary that was for Sofia. This was best captured in the song, I’m Not Ready To Be A Princess. 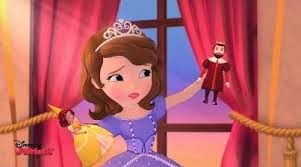 This song is what won me over in thinking that this show had a chance of being good because this felt real. Because think about how hard it would be for a kid to be uprooted from the life that they had always known to something like this. Sure, little girls may say they want to be a princess but I think this presents them with, “Could you handle it?” Perhaps , I’m giving this sequence more credit than I should but I really think that this is what the show was going for, with this song.

Sofia is typically kind, sweet, and caring. Now that doesn’t mean, she doesn’t have her off days such as being jealous at having to share her mom with her step siblings on Mother’s Day. But that just makes her feel all the more real. Because kids do that but at the end of the day, Sofia does truly care for her family and friends and does typically try to do the right thing. She’s just a very sweet character that is learning what it takes to make it through her new life as a princess but I think, she’s got the basics covered.

My favorite moment for Sofia comes from the season 1 episode, The Princess Test and it is the song, I Belong. 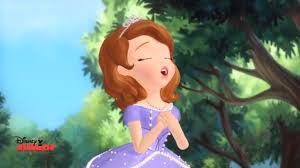 This was also tied for my # 1 song of the first season and the reason, I like this so much because all throughout the episode, the girls had been prepping for a test to show that they know what it means to be a princess and Sofia had been questioning, if she knew what it took to be a princess. Because to her being a princess is more than just a fancy tiara or a dress. She has the heart of a princess, willing to put the needs of others before herself and always trying to do the right thing. To me, that is an example of what it means to be a Disney princess and in part why, I knew had to include Sofia in this retrospective. Also, this song is surprisingly deep for a Disney Junior show as Sofia feels like an outcast amongst her peers and wonders, will they accept me or am I just a fake. In my opinion, Sofia, you are a princess through and through.

Is Sofia A Good Character?

I’d say yes and what I find truly funny is that Sofia’s creator is a father of two boys, no girls. You can read this touching article on why he created the show for Disney Junior, Craig Gerber was approached by them to create a princess show and he was ecstatic at the process.

When I tell people about Sofia the First, they are surprised I have two boys and no daughters. But that’s one of the things my children have taught me — stories resonate when there’s something they can relate to. My sons have both enjoyed hearing the Sofia stories and are looking forward to the show. Miles has already started dressing up as Cedric, the show’s bumbling sorcerer, even making his own wand. And, best of all, he has begun to tell me stories.

I find this truly touching and it shows that to me, it shouldn’t anyone should be allowed to enjoy this show but back to answering the question at hand. Absolutely, Sofia is someone that I think all children can relate to because children want to do their best and I am a firm believer that kids can be kind and sweet and Sofia serves as a perfect role model to never give up and be who you are or as her duet song for Disney Junior with Jake puts, be who you wanna be. In the end, Sofia is one of the best Disney Television characters to come around in a long time. All right, we’ve now looked at all of the princesses. Join me tomorrow as I close this series out with the grand finale and crown the top princess as voted on by collab partners. Peace!