Average Internet Reviews: Phineas and Ferb across the 2nd dimension with a very unwanted guest…

Hello everyone!!! Welcome to average internet reviews! Thats right!!! After an extended duration of me having absolutely no name for my blog, I have come up with something!!! To celebrate the occasion I have decided to review the greatest animated show to ever appear on television *whispers* what? I already covered that? Shit. Uh…hm…did I cover the movie? *whispers*. Phew! Fantastic! Okay everyone, without further ado lets take a look at a movie Ive come to know as, dun dun dun, a godsend. But most of you probably know it a Phineas and Ferb: Across the second dimension! Before I begin, let me give you a basic premise of the show. *deep breath*

2 boys named phineas and Ferb build city-wide roller coasters and portals to mars(or anthing of the like, while they’re stereotypical 16 year old sister attempt to stop them. All while they’re pet Platypus named Perry is a secret agent who regularly battles for the soul of the tri-state-area against an evil scientist with a cool accent. Mind. Blown. 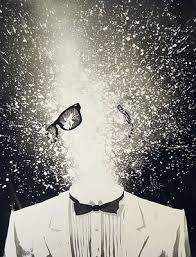 Now unlike most Disney cannel shows, this one doesn’t suck, far from it actually… 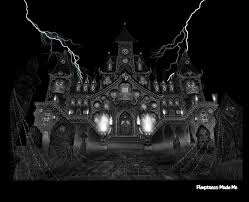 (Meanwhile in the evil lair of Darkfan21)

Darkfan21: I’ve grown tired of waiting to attack Moviefan12. I should go after some fresh meat. But who? This must be done in a scientific manner. Eenie menine, miny, mo. Ha, it appears that I’ve landed on Fusionater. What is he up to? Reviewing that wretched Phineas and Ferb film. Doesn’t he know Moviefan already did a review of it and oh, it appears that he has made a generalization about other Disney Channel shows saying that they suck. That little ingrate is doing my job. I am the one that attacks things not him. I should pay him a visit.

Fusionater: And that’s why everyone on TGWTG will get 1 million dollars if they answer my next question corrrectly. *takes a drink*

HOW DARE YOU try to do my job? Don’t you know I’m the one who makes snide comments about all things Disney. All of these shows may suck and that they do but it is MY job to point that out. Your beloved little kiddie’s show about these two brothers is no better than the rest. I’d go far as to say this is the worst show on Disney Channel since Kim Possible, It’s too bright and happy. Now if you want a good animated show on Disney Channel, watch Fish Hooks instead. Such blandness and boring characters in that show. It’s so much than this wretched piece of animation. Fusionater, come and face me if you dare.

Fusionater: Whah…huh…I’m sory I missed most of that, you can not just jump on a guy like that…*inhale*, *exhale*,phew. Okay lets see…I took your job yada yada and *gasp!* W-what did y-you say ab b bout that show? heheeheehe ehe eheheheheheehhehehehhhehehhee…

you little fool. You think you can just waltz over to my blog and insult me like like this? You think you’le just be able to walk away from this without some form of torture? I hope your prepared for a world of hurt.

Darkfan21: You Insolent child, do you not think after my battles with Moviefan, I would not prepare myself what any of his friends have in store? I’m sure he’s told you how to defeat me. Go ahead and try, this should be delightful, Oh and if your going to evil laugh, make it sound dignified like this.

Fusionater: Huh? You want we to sound like an asthmatic 4th grader? Hm, very well, I will try it.

ha ha…hmm??? Gah! Very well, you shall remain, but know this, there is no chance you will leave now, or ever again. *clicks button* hahahahahhah!

Darkfan21: You should have known that I would’ve brought a pair of headphones.

I’ll give you this much, you have been proven to be much stronger than the last nuance I dealt with. I will give you that much. Do not misunderstand me though because I will not back down, boy. I shall escape from this pathetic trap you’ve enclosed me in.

Fusionater: You don’t seem to understand who’s in control here. I control the collaborations around here. I’m the one who approves them. Ordinarily your kind slips past me do to your less than collaby nature of the average trolls appearences. But you in MY dwelling. But I’m not unreasonable, if you me my demands, you shall go free. All you have to do is read this on a broadcast that I’ll set up.

Darkfan21: You think you can tell ME what to do. You fool, you really think I’m just a troll, have you not seen what I did to Moviefan12? I once tookver his body! Tell me has any troll ever done that?! Very well, if it’ll get me out of here, hand me the script.

Fusionater: Hm, your right, your a supertroll, you have the ability to be twice as annoying as the regular troll. And here’s your script.

*dials number*, Moviefan12, you may want to tune into my latest broadcast.

Darkfan21: You child, I am no troll. Let’s get this over with.

Darkfan21: ladies and gentlemen, this is darkfan21, I do indeed fear fusionater, he is the ultimate representation of all things(to fusionater) this isn’t a word?

Darkfan21: *glances at script* Okay, there is no way I’m saying this about Moviefan12 *Fusionater stares at Darkfan* Fine, Moviefan12 is the greatest Disney blogger on the web and I bow down to him. His talent knows no bounds. (Gag) He is the kindest and sweetest person on the web (and also the most naive) *another stare from Fusionater* Okay, I’ll finish it the way, you wrote it, Moviefan12 defeated me fair and square. He is the smartest of all Disney bloggers (Geese, did you have Moviefan write this?) *Fusionater stares again* Sorry, sorry, that appears to be all on here. Am I done reading this inane script?

Fusionater: Yes, yes you are. Now all we have to do is finish the review. WHAT? You thought you could just interrupt me halfway through this thing and just get out of it??? Don’t worry, I won’t be expecting much from you.

Darkfan21: Very well, child! What is it you want from me? I have not suffered enough? You may think you’ll win but just like your pathetic friend, you are wrong. For you see since I last attacked Moviefan, I’ve grown stronger and wiser. You wish to finish your review, I’ll let you do that but mark my words. By the end of this review, there will be no more Fusionater.

Fusionater: While technically there will still be a fusionater, unless if you somehow manage to get rid of all of my accounts all over the internet. Oh and that ass hole on youtube who got to the name before me. Anyway…all you have to do is give your (brief) thoughts on a subject after I have given my sypnosis. Surely you know how to offer a real opinion on something? Oh that’s right! You devoted so much time and effort to ruining other peoples lives that you’ve most likely lost the capacity for any REAL human emotion.

Darkfan21: Emotions are for the weak. I’ll give my thoughts on this film, it’s not very good, now let me GO!

Fusionater: Oh spare me the bravado, and let me continue this thing. ah hem!

So…if you go back and read the plot sypnosis I gave for the show, you’le get the gist of it.

Darkfan21: You certainly put on a brave mask but deep down just like Moviefan, your scared! Aren’t you? You know your scared because you know what I can do. Finish This review but do know that I stand by what I said and don’t try to act tough. I’ve caught onto your act.

Fusionater: Yes I’m terrified. I’m terrified of the guy who cowers at the site of its a small world. Why do people hate that song? I love it! But fair enough. I’ll stop being mr tough guy if it will make YOU happy.

Darkfan21: Foolish child, you should know that I no longer cower at that terrible song. Not since I have found a way to stop the music from defeating me.

Fusionater: Thats the point, you were so weak that a SONG defeated you. I can’t even bring myself to respect you on a man to man level because of that. I mean it sounds like a cop out plot hole from the 70’s.

Darkfan21: I have grown stronger since then. That song stood happiness and innocence, something I was once vulnerable to. But since then my anger and hatred have grown stronger. Forging those headphones, you see before you. They are no ordinary headphones, they can block out the sound of happiness. Which is why your song didn’t work on ME! Tell me, Fusionater why do you fight on the side of good? When you have the makings of a great villain, join me and we could take down the others such as Dawn-Heart, CunningRunt, DisneyOtoko and perhaps even Positive Troll. Why if the two of us join forces we could take over Channel Awesome! Won’t you join me, Fuisonater. Join me as my second in command and I’ll spare anyone of your friends’ lives.

Fusionater: you know what. Your right! Who needs those whining little imbecils when WE! Yes we, will be the ones in charge! And once the mediocrity of channel awesome has been conquered, we will move on to the bigger fish! Such as youtube, and than(naturally) T.G.I Fridays!!! Hey I’ve seen the movies, we conquer that place and we rule the universe!!!

Fusionater: Now than, my liege, we must go and plan our conquest!!!:lol:

Darkfan21: We prepare for the attack on T.G.I Fridays and then the blogs.

Fusionater: First, I’ll lock up the site collaborations so they can’t ban together and stop us. And we can both procure that key from moviefan12!!!

Darkfan21: I truly like your thinking and if we do take over that eatery make sure we get the recipie for their Jack Daniels Burger.

Fusionater: I’ll make a note of that…

*Both walk off to plot*

Moviefan12: Oh looks like Fusionater tried to call me. What, how did Darkfan escape? This isn’t good, I don’t think he can be defeated with a song. Wait, what’s this, Fusionater has teamed up with Darkfan? This can’t be right. Something feels off about this. I need to call him. *dials number*

Fusionater, it’s Moviefan. What are you doing teaming up with my arch enemy? I thought you were one of the good guys. This doesn’t add up. Please tell me this is just a ruse and you haven’t actually turned to the side of evil.

Fusionater: In the end, what is good? *hangs up*.

Huh, soon as I get a title I get a storyline, what are the odds? Wait, I think I forgot to review the movie, NOOOOOOOOO!!!!