This piece of Tommy Oliver, Sesshoumaru, and Jason Lee Scott fan art is dedicated to Master Jason David Frank. This shall be the first Power Rangers and Inurangers crossover friendship drawing involving Tommy Oliver and the many other Inurangers who I think could take his mantle. Let us begin with Sesshoumaru the White Tigerzord Inuranger, for he takes after Tommy’s unparalleled combat prowess and Jason’s potent strength both as a warrior and as an individual.

There is no doubt that Sesshoumaru loves to spar with Tommy and Jason in various martial arts, especially Kyokushin Karate, Shotokan Karate, Goju-Ryu Karate, Nippon Kenpo, Shorinji Kenpo, Jujutsu, and Judo. He is even happy to teach these martial arts to the many children, teenagers, and adults at the Angel Grove Youth Center, while Tommy and Jason would also be just as happy to teach martial arts with Sesshoumaru at the Shikon Valley Youth Center. Together, Tommy, Jason, and Sesshoumaru make for the strongest trio of combatants the United States of America, Japan, and the world have ever seen. Outside their strong fighting prowess, these three possess a strong friendship rich with allegiance, respect, dedication, and discipline.

As the White Tigerzord Inuranger, Sesshoumaru possesses unparalleled and unequaled combat prowess as well as heightened strategy to make his enemies aware that he is not one fighter to be messed with. He is even second-in-command of the Mighty Morphin Inurangers, with Inuyasha the Red Tyrannosaurus Inuranger serving as the leader of the team, thus making both Tommy and Jason supportive of Sesshoumaru’s endeavors as a warrior and as a person. Where Sesshoumaru’s strong friendship and brotherhood with Tommy and Jason are concerned, he can feel like himself and be more open when he is around them because they understand each other and would never dream of betraying each other. They also love quiet walks in the park and/or the woods because they have a oneness with nature when the world seems too loud and obtrusive for them. Therefore, Sesshoumaru appreciates Tommy and Jason for helping him open up a lot more and be honest with himself, while Tommy and Jason are glad to have someone fiercely staunch and loyal like Sesshoumaru as their great friend.

I hope you all enjoyed this, and I will see you in the next submission. Take care, stay safe, and may the power protect you all.

Tommy Oliver and Jason Lee Scott from the Power Rangers franchise belong to Saban and Toei. 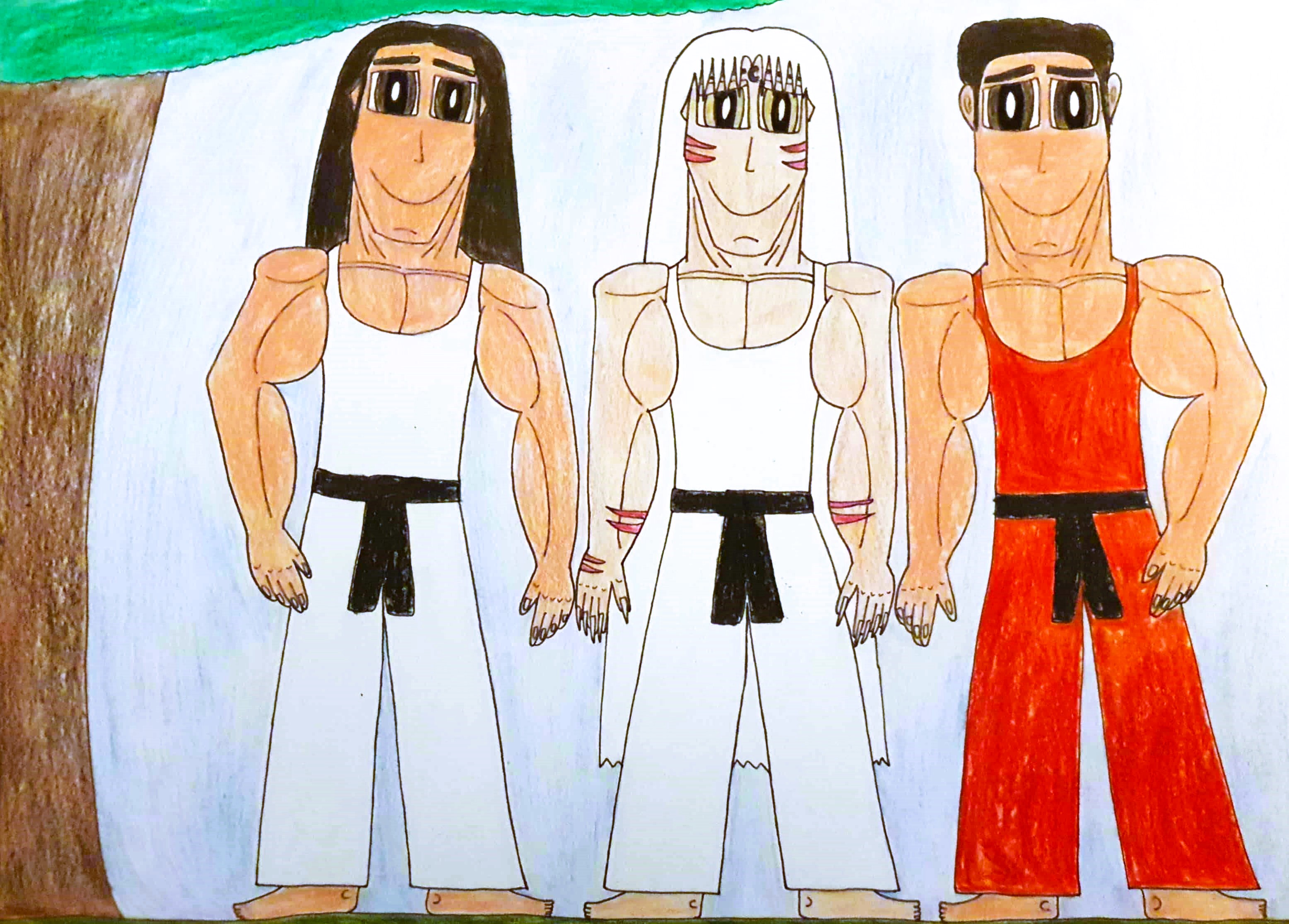