We got hit with a veritable deluge of movies for this Halloween weekend. What’s even crazier is that they’re not all horror movies — we’ve got Oscar contenders and foreign oddities and romcoms and superhero romps mixed in with the horror flicks at my local multiplex right now. So I went and played another round of “cinema grab bag” and what I got was so peculiar, I simply had to give it a look.

Triangle of Sadness has the distinction of winning the Palme d’Or at this year’s Cannes. It’s a production with an international cast and crew, the English-language debut of Swedish film snob darling Ruben Ostlund. So with all those accolades behind this title, what the fuck have we got here?

Our de facto protagonist is Carl, a male model played by Harris Dickinson. His longtime girlfriend is Yaya (Charlbi Dean), and she’s another model, so they mostly spend their time auditioning for gigs when they’re not getting paid to be good-looking and posting photos online as social media influencers. The kicker here is that modeling (as with sex work) is one of the rare few industries in which women are significantly higher-paid than men.

The upshot is that Carl has to project himself as this paragon of masculinity as part of his job, even as he’s financially less secure than his girlfriend. So much of modern mainstream gender roles depends on men providing for their women, which in turn presupposes that women are financially dependent on their men. It really is fascinating how much heteronormative toxic masculine bullshit goes out the window in relationships where the women make more money than the men.

We spend roughly half an hour establishing this before Carl and Yaya get invitations to a yacht for a free luxury cruise and we’re off to another setting entirely. The bad news is, the captain (Woody Harrelson, of all people) is an alcoholic who never leaves his cabin, so the cruise director (Paula, played by Vicki Berlin) is stuck trying to hold everything together on her own. That’s easier said than done when the attendants are at the mercy of the passengers, who are all rich entitled idiots.

To wit, there’s one point in which Carl gets jealous of a crew member who takes off his shirt in front of Yaya. Carl goes to Paula with an objection, and the offending crew member is promptly fired and sent on a boat home. Though to Carl’s credit, he inadvertently saved that poor guy’s life. It’s a long story I don’t have the time to get into here, but a long string of horrible circumstances turn this scenario into the messiest cruise ship catastrophe since the goddamn Diamond Princess.

This is clearly a work of sociopolitical satire. The film is especially clear about the hypocrisy of bleeding-heart billionaires proclaiming “everyone is equal” when it makes them feel better and gets them political points, but of course they don’t do anything about the economic inequality that directly benefits them. In point of fact, it’s that same insipid and thoughtless kind of self-righteous “altruism” that leads directly to the crew abandoning their posts and thereby causing to the preventable oncoming catastrophe.

That’s not even getting started on the rank hypocrisy. My personal favorite example concerns Dimitry (Zlatko Buric), a Russian fertilizer salesman and a devout Capitalist. In fact, there’s a huge extended sequence in which Dimitry engages in a verbal sparring match with the American liberal yacht captain. Dimitry is quoting Reagan while the captain is invoking everyone from Mark Twain to Marx himself. But when the tables finally turn and Dimitry is in a position where his money won’t do any good, he explicitly says “from everyone’s abilities to everyone’s needs” with a straight face.

Which brings us to Abigail, played by Dolly de Leon. Here we have a lowly housekeeper on the yacht, who suddenly finds herself the only one with any practical skills when shit goes sideways. (And yes, I mean that quite literally.) Thus Abigail suddenly has the freedom to reshape the yacht and its inhabitants into a full-fledged anti-capitalist matriarchy, taking power like she never could in the outside world. Which begs the terrifying question, if she and everyone else ever got the chance to be rescued, why would she go along with it?

It’s a straightforward wish-fulfillment anti-capitalist scenario in which the wealthy and entitled are finally taken down a peg because they’re addicted to their modern conveniences and have to rely on the unwashed masses who can do without. But the big problem here is that this two-and-a-half hour movie is bloated to hell. The movie takes up too much time sprawling in all directions, so its satire is nowhere near as focused or as sharp as it should be. Moreover, the film is clearly divided into three separate parts, all of which are self-contained to an extent that each spends a lot of time on shit that won’t matter in the other two parts. It feels like a messy plot, void of structure.

It certainly doesn’t help that for all the film’s bloated runtime, none of the characters are really developed beyond two dimensions. To be clear, a sociopolitical satire means that the characters are far more important as metaphors than as actual people. Even so, there are times when the characters are too thin and too forcibly quirky for anyone’s good. A prominent example concerns a German woman (Therese, played by Iris Berben) with permanent brain damage, such that she can hear and understand people perfectly, but she can only say one sentence over and over again. How random. We’ve also got a married couple (Clementine and Winston, respectively played by Amanda Walker and Oliver Ford Davies) who made their fortune from goddamn war profiteering, and the aforementioned Dimitry delightfully telling everyone that he literally sells shit.

I don’t mind a sociopolitical satire making its point in such a blunt manner. But I do have a problem with a movie asking me to spend two and a half hours with deliberately unsympathetic characters who don’t change or grow in any way. Especially when it means following these characters through so many plot side streets and cul-de-sacs that won’t serve any purpose when we move on to the next third of the movie.

Incidentally, It’s not lost on me that the premise to the film is remarkably similar to that of “Avenue 5”, the ongoing HBO sci-fi series from satirical grandmaster Armando Iannucci. That show is on 17 episodes and counting, but it makes much better use of that time, with higher stakes, more character development, and better pacing. So when I keep complaining about the film’s length, I want it made perfectly clear that I’m complaining about the film’s inefficient use of time. This movie either should’ve been trimmed by a good 20 minutes, or those 20 minutes should’ve been used for comedy or character development to make a more focused end product.

Oh, and I might add that for all its extended runtime, the film cuts to black without a proper ending, leaving it ambiguous. I’m still not sure how I feel about that.

Ultimately, Triangle of Sadness is one of those frustrating movies that I respect more than I like. Good satire has to be razor-sharp, and the film is severely dulled by its bloated runtime and scattered plot. I admire the film for going as hard as it did in showing the gut-churning downfall of the yacht, and the cast does a passable job with what forced quirkiness they were given. I can only wish that somebody could’ve lopped off about ten or twenty minutes when it would’ve made a difference.

This is one for hardcore film snobs only. 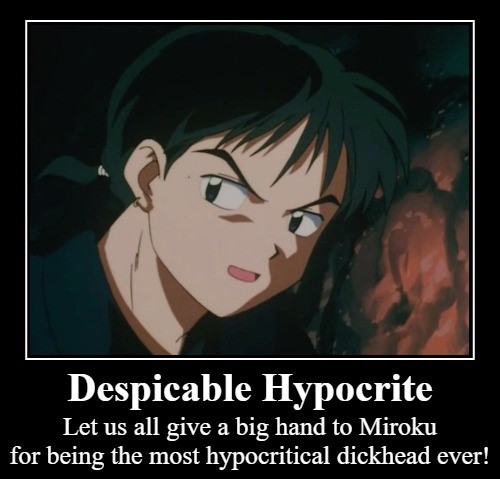