This piece of Shunran fan art is dedicated to those who not only fancy Shunran but also think it would be phenomenal to see her specialise in a martial art I gave her which is Shaolin Kung Fu considered to be the grandfather to all martial arts not just the Chinese ones. Sit back, relax, and be enticed by Shunran’s quick reflexes as a Shaolin Kung Fu fighter skilled at throwing as many strikes, kicks, punches, and blocks as she can to the point where all the emperors and empresses of China would love to see her in action every time.

Buddhist temples, Taoist temples, majestic palaces, and castle halls are going to resound ever so vividly, for Shunran is prepared to show what she is truly made of as a Kung Fu fighter known for her stealth, grace, power, and speed. There is no opponent too strong or too fast or too skilled for her liking because she is willing to deliver the goods in terms of surprising her opponents and ensure that she gives them the best battle of their lives, especially when she propels her fingers, wrists, knife hands, ridge hands, insteps, balls of the foot, and heels to maximum power, strength, stealth, and speed, which is also enough for every emperor, empress, and minister to take thorough note of all her moves.

Please never forget that this is my AU headcanon, as in Shunran is The Wolf Elder’s younger granddaughter, Ayame’s younger sister, Sesshoumaru’s, Shuran’s, and Inuyasha’s sister-in-law; and Hakkaku’s and Ginta’s loving wife. With that said, let us make the cranes fly, the snakes slither, the monkeys scamper about, the praying mantises be on the prowl, and the tigers pounce on their prey, as Shunran unleashes her unparalleled fighting skills in Shaolin Kung Fu that would make even Rose and Pullum proud, despite the fact that they practice vastly different martial arts.

Finishing Combo Attack: The Charging Condo Tornado complete with finger strikes to the chest, palm strikes to the stomach, nerve strikes to the shoulders, leopard blows to the head, butterfly kicks, flying kicks, spinning kicks, cartwheel kicks, and a knife-hand strike to the face

Shunran is a Shaolin Kung Fu fighter who glows with cleverness, craftiness, cooperation, and conscientiousness. She constantly plans ahead in her next attacks with deadly precision and unrelenting focus towards her opponents while simultaneously being a caring and compassionate wife to both Hakkaku and Ginta and a loving mother to their children. Once she, Sesshoumaru, Shuran, Inuyasha, Hakkaku, Ginta, and Ayame pop in fighting tournaments, viewers, audiences, and opponents alike would be entranced with Shunran’s quick strikes, graceful kicks, impactful blows, and fabulous flexibility coupled with her diminutive yet agile frame due to her sharp cleverness and graceful accuracy. Beneath her penchant for reading bodies and planning her moves ahead of time, Shunran is a caring and considerate friend who always sees the best in others. She wholeheartedly embraces Ayame as her older sister because of her strength and courage and even considers Dulcea and Cestria genuinely heroic souls with righteous hearts. Her sisterhood and friendship with Kimberly, Katherine, Cassie, Kendrix, Karone, Dana, Jen, and Alyssa are rich with understanding and warmth. She is also blessed to be in an unconditionally loving relationship with both Hakkaku and Ginta.

There you have it, ladies, gentlemen, and martial arts aficionados of all ages and from all over the world. Shunran a clever and crafty Shaolin Kung Fu fighter who thoroughly reads her opponents’ bodies when it comes to planting her next attacks on them with uncompromising precision. Her cunning mind and graceful body work together in order to do serious damage on her foes in the forms of her finger strikes, palm strikes, nerve strikes, and leopard blows, thus making them crash down to the ground in ugly thuds. Shunran’s lethal attacks aside, she is a trustworthy and genuine friend especially to Dulcea, Cestria, Kimberly, Katherine, Cassie, Kendrix, Karone, Dana, Jen, Alyssa, Xiaoyu, Miharu, Asuka, and Lili and cherishes how much they have in common together whether their interests are focused on fashion, horticulture, art or culture. She even cherishes her strong brotherhood with Sesshoumaru, Shuran, and Inuyasha who constantly challenge her as a fighter, her warm sisterhood with Ayame who she admires, and the boundless love she has for Hakkaku, Ginta, and all of their dear children.

I hope you all enjoyed this, and I will see you in the next submission. Take care, stay safe, and kick into high gear with your moves, everybody.

Shunran from Inuyasha belongs to Rumiko Takahashi and Sunrise. 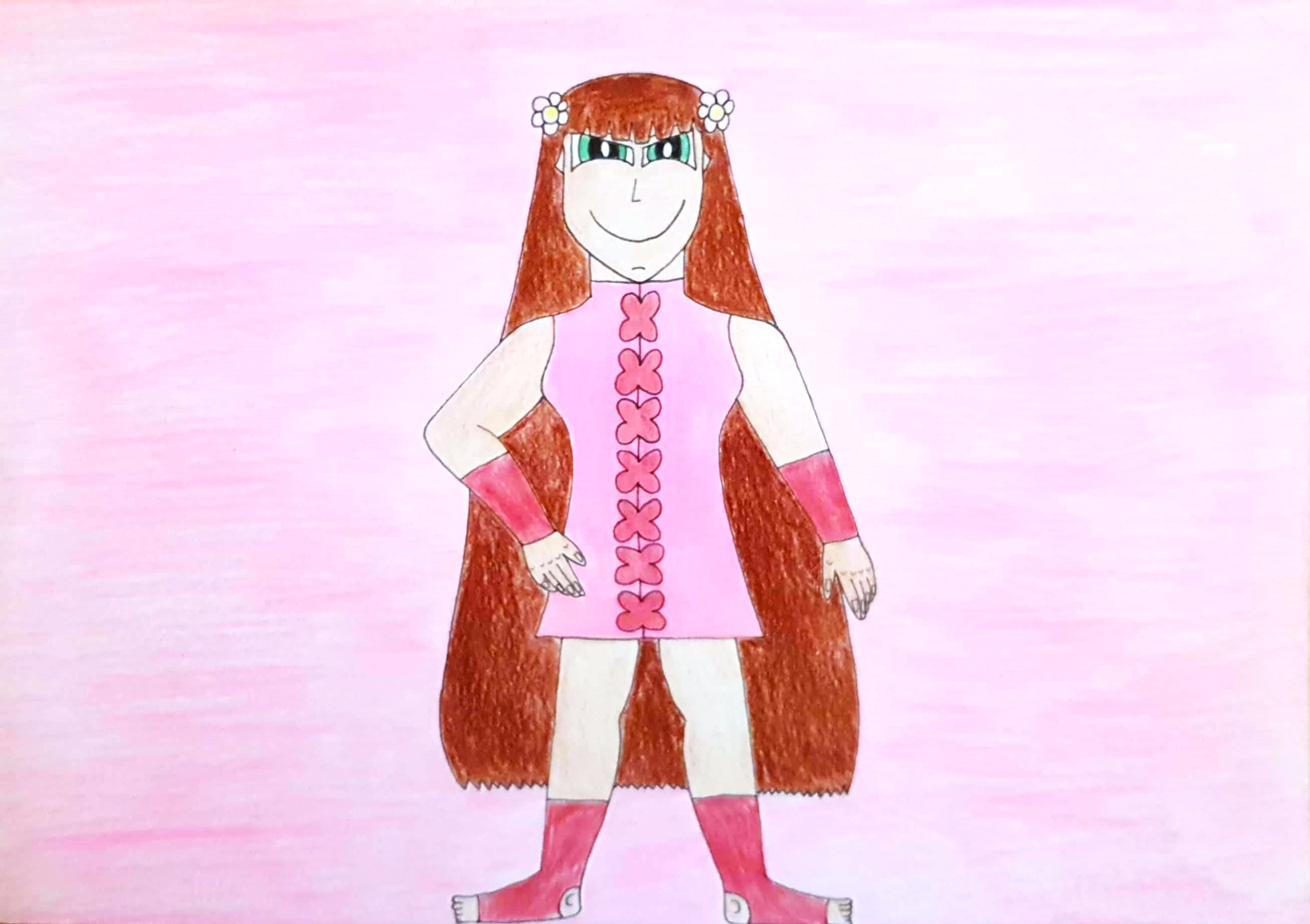