This piece of Ayame fan art is dedicated to those who not only fancy Ayame but also think it would be phenomenal to see her specialise in a martial art I gave her which is Bokator one of Cambodia’s national martial arts and has also played an integral part in Cambodian arts, culture, and history. Sit back, relax, and be enchanted by Ayame’s sheer power as a Bokator warrior capable of delivering a great series of punches, kicks, elbow strikes, and knee strikes worthy of kings and queens to throw themselves at her feet.

The proving grounds are open for business in the ancient Cambodian temples secluded in the deep jungles, as Ayame prepares herself for some gruelling battles. She is a warrior who will never surrender to her enemies and will demolish them not only with her furious fists and fleet feet but also her electric elbows, steely shins, hard head, laudable limbs, and thrilling throws. Using her entire body as weapons means that her enemies would have a difficult time in recovering from their injuries. Ayame even has the style and elan which would make Chun-Li, Cammy, Nina, and Jun thoroughly elated to see her thrive exceedingly well.

Since this is my AU headcanon, Ayame is still The Wolf Elder’s granddaughter, but she is also Shunran’s older sister, Hakkaku’s and Ginta’s sister-in-law, and, most of all, Inuyasha’s wife if it were not already clear. With that said, let us unleash the lions and tigers in Ayame right now.

Likes: Sprinting, long jump, circuit training, boxing, kickboxing, weightlifting, shadowboxing, training intensely with Chun-Li, Blair, Hokuto, Cammy, Sakura, Nina, and Jun especially for martial arts tournaments; sparring with Sesshoumaru and Shuran, working on her punches, strikes, and kicks with Christie, Julia, and Xiaoyu; swimming in the ocean with Tideus and Delphine, having meditation and yoga sessions with Trini and Aisha, helping out at the animal shelter with Tanya and Ashley, rock-climbing and mountain-climbing with Maya and Kelsey, training in Marine Corps Martial Arts with Katie and Taylor, hunting for game meat, running marathons with Hakkaku and Ginta, having girl time with Shunran, spending time with Inuyasha and their children, making love with Inuyasha

Finishing Combo Attack: The Pouncing Lion Earthquake complete with a low kick to the leg, descending elbow strikes to the head, uppercuts, jabs, hooks, liver punches, a spinning back fist to the nose, a roundhouse kick to the ribs, and a foot sweep

Ayame is a Bokator warrior who scintillates with ambition, fierceness, determination, and dedication. She is in constant pursuit of the higher ground in her training and keeps herself in exceptional shape whether she prepares herself for tournaments, looks great for her husband Inuyasha, and sets an example for their children. When she, Sesshoumaru, Shuran, Inuyasha, Hakkaku, Ginta, and Shunran gain access to fighting tournaments, viewers both at home and in the arena as well as opponents would be hypnotised by Ayame’s furious fists, fleet feet, terrifying takedowns, and sharp strikes thanks to her boundless determination and fierceness in battle. Underneath her strong blows and unadulterated dedication as a warrior, Ayame bears a compassionate and kind soul who keeps her friends and her family together in times of joy and in times of strife. She cherishes Tideus and Delphine for their wisdom and courage and Shunran for being a loving, caring, and affectionate younger sister. Speaking of sisterhood, she admires Trini, Aisha, Tanya, Ashley, Maya, Kelsey, Katie, and Taylor as her best friends forever and big sisters from other mothers. Furthermore, her unconditional love for Inuyasha is steeped with respect, purity, intimacy, and allegiance.

There you have it, ladies, gentlemen, and martial arts aficionados of all ages and from all over the world. Ayame a determined and dedicated Bokator warrior who ensures consistency and brutality not only in her attacks but also in her code as a true warrior. Her unwavering willpower and metallic strength provide leverage to every attack she hatches towards her opponents be it an uppercut, a roundhouse kick, an elbow strike or her visceral liver punches that could incapacitate her opponents, thus making them drop to the ground like dying flies. Aside from Ayame’s powerful attacks rich with power and speed, she is an incredibly genuine friend especially to Tideus, Delphine, Trini, Aisha, Tanya, Ashley, Maya, Kelsey, Katie, Taylor, Christie, Julia, Xiaoyu, and Miharu and revels in their camaraderie whether they embark on nature hikes, go swimming, do yoga as well as meditate, and/or look after innocent children and animals. Furthermore, she cherishes her brotherhood with Sesshoumaru, Shuran, Hakkaku, and Ginta; her sisterhood with Shunran, and the true love for her husband Inuyasha and their children.

I hope you all enjoyed this, and I will see you in the next submission. Take care, stay safe, and may you uphold a sense of honour and determination in your battles, everybody.

Ayame from Inuyasha belongs to Rumiko Takahashi and Sunrise. 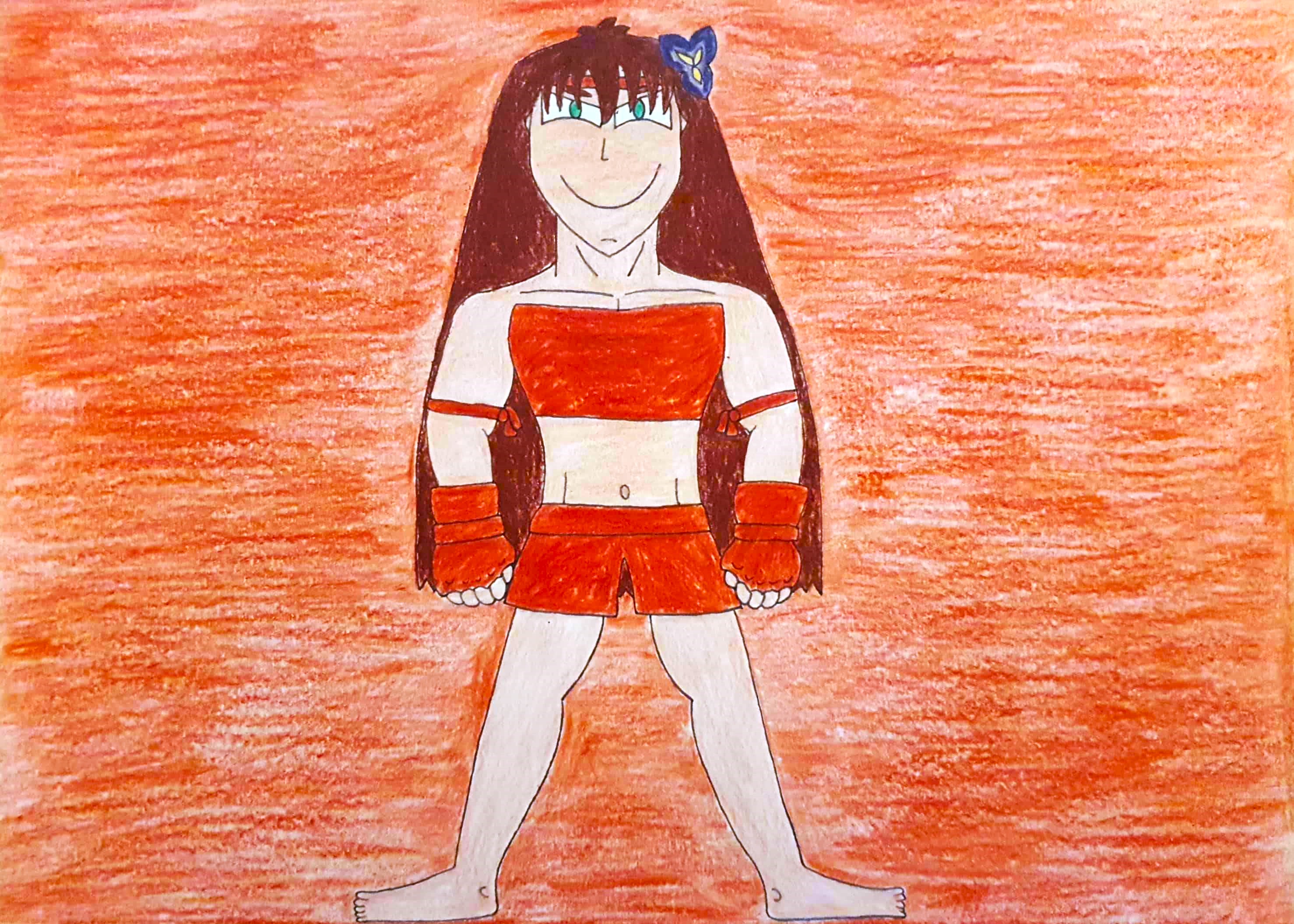