I’ve heard it said that “Romeo and Juliet” has never gone dark. Ever since its premiere back in 1597, there’s been some stage somewhere in the world where the play is in production. That may perhaps be a slight exaggeration (I’m sure it must’ve shut down in 2020 like everything else did.), but it’s indisputably true that “Romeo and Juliet” is among the most popular and oft-performed works in the illustrious canon of Shakespeare. And the tradition of parodying and expanding upon the world of the play is almost as long.

Oh, and there’s also… whatever the hell this is.

So here’s Rosaline, a comedic retelling of the classic story as told by Rosaline (played by producer Kaitlyn Dever), the girl who broke Romeo’s heart just before he met Juliet. The movie comes to us from director Karen Maine (late of such sexual dramedies as Obvious Child and Yes, God, Yes), alongside the writing/producing team of Scott Neustadter and Michael H. Weber (best known for such quirky romantic dramedies as 500 Days of Summer, The Spectacular Now, Paper Towns, and The Fault in Our Stars), adapting a 2012 novel from YA author Rebecca Serle.

All of that established, what exactly have we got here? Well, the best place to start is probably with Rosaline herself, as she’s the single most important character of the original play who doesn’t get a single line of dialogue and doesn’t actually appear anywhere in the text. All we really know about her can be summed up thusly:

She’ll not be hit
With Cupid’s arrow; she hath Dian’s wit;
And, in strong proof of chastity well arm’d,
From love’s weak childish bow she lives unharm’d.
She will not stay the siege of loving terms,
Nor bide the encounter of assailing eyes,
Nor ope her lap to saint-seducing gold:
O, she is rich in beauty, only poor,
That when she dies with beauty dies her store.

Romeo and Juliet, Act I Scene 1

In other words, Rosaline is a beautiful young woman who won’t entertain the notion of taking any lover, not for any flowery words of love or any amount of wealth. That said, it bears remembering that all of this is coming from Romeo, and anyone even remotely familiar with the play is already well aware that Romeo is full of shit.

Indeed, Rosaline of the film is shown to deny every suitor thrown her way because she’ll only marry for love and wants nothing to do with any arranged marriage. And it’s not that Rosaline is chaste or that wants nothing to do with Romeo. Indeed, she’s head over heels for him and the two of them make out every chance they get. Trouble is, Rosaline is a Capulet — a cousin to Juliet, in fact, most people forget that’s clearly established in the text (Act I, Scene 2) — so of course she wants to keep her forbidden romance with a Montague on the down low.

Most importantly, when Romeo (here played to dickish perfection by Kyle Allen) professes his love for Rosaline, she suddenly gets tongue-tied and can’t bring herself to say the words back to him. So Romeo apparently took that reluctance to mean she’s sworn herself to chastity and thus he writes her off and falls in love with the next pretty face that he sees. Comparing that with the Romeo I know from the text… yeah, I’d say that checks out.

Which brings us to Juliet (played here by Isabella Merced nee Moner, and I couldn’t be happier to see her onscreen again). Rosaline discovers that her crush has fallen in love with her cousin, and thus sets out to try and steal him back. Hilarity ensues.

The film establishes early and often that this is not intended to be any kind of reverent take on the source material. The characters talk in modern idiom, such that Romeo is more or less the only one talking in Shakespearean verse and only for the purpose of wooing. The sequence of events in the film is wildly inconsistent with the timeline established in the play. In fact, the end of the film makes it perfectly clear that the play is only a glamorized half-true portrayal of the story and what we’re seeing is supposedly what REALLY happened.

Put simply, this is intended as a parody. More to the point, it’s intended as a romantic comedy. Which actually turns out to be a surprisingly good fit, as “Romeo and Juliet” is in fact a comedy right up until it becomes a tragedy. After Mercutio is killed, that’s the moment when it’s no longer possible for the play to end happily. Up until that point, all the pieces are there for a classic Shakespearean comedy.

All the pieces, I should say, except one.

Arguably more than any other tragical play in the canon, “Romeo and Juliet” was desperately in need of a Fool. All it needed was one comic relief character who could take the piss and tell everyone how stupid they are. Rosaline provides that. All throughout the movie — most especially in the third act — it’s Rosaline who calls out Romeo and Juliet and the elder Capulets on their short-sighted bullshit. It’s immensely satisfying to watch.

That being said, it bears remembering that Rosaline herself is not immune to that same short-sighted bullshit. After all, Rosaline and Juliet both fell for Romeo’s pretty face and poetry, both are madly obsessed with him, and neither one has any idea why or any idea what love really is. Hell, it’s safe to assume that if Romeo and Juliet had lived out the rest of their lives after their young and hasty ill-advised marriage, they would’ve been miserable. (Stick around for the mid-credits scene.) And if Romeo had stuck with Rosaline, the same would almost certainly be true for them.

While all that’s going on, we’ve got Rosaline’s romance arc with the latest suitor to try and marry her (Dario, played by Sean Teale). Rosaline wants nothing to do with him because A) he’s not Romeo, and B) it’s another attempt from her father at an arranged marriage. But eventually, she comes to move past her initial prejudices and accepts him as a potential match and so on and so forth.

This movie does not shy away from portraying its young characters as headstrong fools in love with the idea of being in love. The film doesn’t pull its punches in making fun of them for it, either. I respect that about the film, especially because it makes for a searing parody of the source material and some of the best comedy on display.

Put simply, the movie is all about the short-sighted and self-defeating nature of prejudice, the outsized importance on labels and classes, the impulsive and ignorant nature of youth, and the perils of rushing into passionate words and actions too soon. The original play is about all of these things as well, of course, but on a more macro scale with regards to the two major families and the rivalry between them. In the film, these themes are more tightly and intimately scaled to Rosaline’s development arc. This movie is strictly about her prejudices, her hasty actions, her misplaced passions. As a direct result, the movie gets across all the same universal themes and lessons of the classic play, but on a level that’s much more personal and therefore easier to connect with.

That said, even as Rosaline is calling out Romeo and Juliet on their shit, Dario is the one calling out Rosaline on her shit. On the one hand, Rosaline absolutely needed someone who could take her to task and help her learn from her mistakes. It’s an imperative part of developing her character and developing the film as a whole. On the other hand, this is very much a one-sided relationship as Dario doesn’t really have any shit to be called out on.

I’m disappointed to say that Dario’s character is sadly thin. He doesn’t have much of any development arc, nor does he visibly change as a result of his interactions with Rosaline. Thus while Teale certainly has the look and charisma of a male romantic lead, and while Dever is acting her heart out to try and make this work, the two of them simply don’t have the chemistry to salvage this core romantic pairing.

I also have to dock points for Paris, here played by Spencer Stevenson. Paris is here presented as the gay best friend to our female lead, with is a tired and problematic trope to begin with. Perhaps more importantly, Paris’ arranged wedding with Juliet is only done under strenuous protest from Paris, and only because Rosaline needs a way to get Juliet away from Romeo. Mercifully, the character isn’t prominent enough to be a dealbreaker. Even so, everything about this portrayal of the character is fucking YIKES.

Conversely, we have Minnie Driver on hand as Rosaline’s faithful Nurse. The character is an afterthought, but the filmmakers are canny enough to make that part of the joke. She’s overqualified and underappreciated, a put-upon mother figure for Rosaline who doesn’t get anywhere near the recognition she deserves for her wisdom and usefulness to the plot. And Minnie Driver is more than capable enough of spinning this into effective comedy without making the character into the punchline. Masterfully done.

Christopher McDonald has made a respectable career for himself playing hate sinks, so Lord Capulet is well within his wheelhouse. Likewise, Bradley Whitford plays Rosaline’s exasperated father as only he could. Kyle Allen is absolutely perfect as the hopelessly ignorant pretty-boy Romeo, and Isabela Merced plays Juliet with much of the same adorably wide-eyed naivete that made her teenage Dora the Explorer such a delight. Kudos are also due to Nico Hiraga, here playing the local courier has the hopeless stoned-out idiot we all knew the courier of the play to be.

Speaking of which, I was rather fond of how the movie employed modern sensibilities in subtle ways. For instance, when Rosaline sends love letters to Romeo with increasing frustration as none of her written affections are returned, it’s hard not to draw any clear parallels with how a young woman might send text messages to someone who’s ghosting her. It’s tasteful enough not to break the rules and sensibility of the picture, but clear enough that a modern young audience will pick up on it.

Overall, Rosaline is yet another 20th Century Studio release that went straight to Hulu where it belongs. It’s certainly not a great film and I’ve no doubt that Shakespeare purists will thoroughly despise it. The plot suffers for predictability and leaning too hard on certain cliches, but I guess that comes with the territory when you’re retelling goddamn “Romeo and Juliet”. If nothing else, the actors are all clearly enjoying themselves and the film does a pretty good job of poking fun at the original text while honoring its classic themes.

As a YA romantic comedy, it’s harmless enough. It’s cute and it’s funny, but for better or worse, I seriously doubt this is going to be in any high school coursework anytime soon. 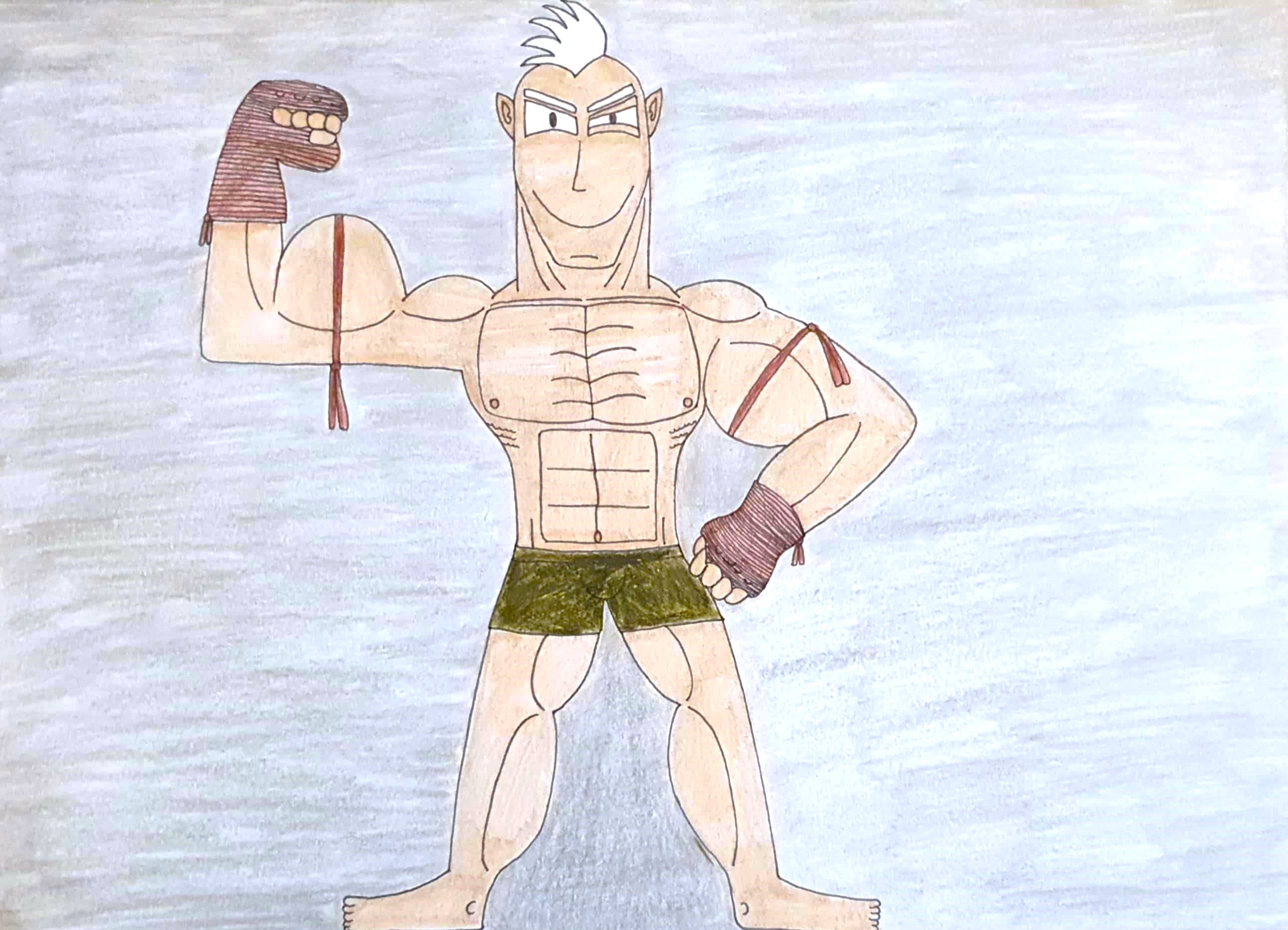