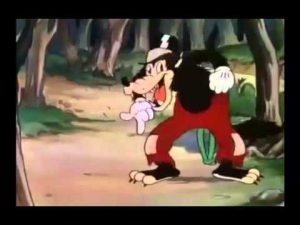 It’s been a while, but I am back this Halloween for something I’ve been thinking about doing for a while, and that is a dedicated wolf/were creature event.  Now, the three wolf villains I will be looking at are not of the were variety but are still villains that fall under this category.  We are starting with the most famous villain from the Silly Symphony shorts and I think the only one that you see at the parks.  The Big Bad Wolf. 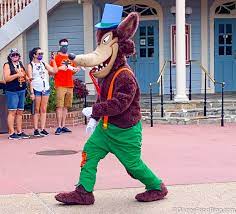 For clarity’s sake,  Big Bad Wolf has had many later-day appearances including in House of Mouse and the new Mickey Mouse shorts, and Roger Rabbit.  This also means he has had multiple voice actors, which comes with the territory of being a legacy character. 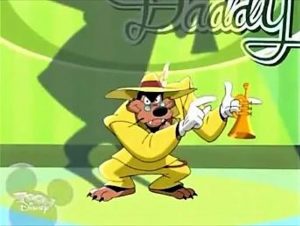 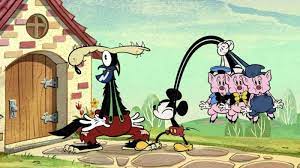 Some of his later-day voice actors in those roles include legendary voice actors such as Jim Cummings and Clancy Brown.  Having said all this,  I will only be focusing on his original appearances and his original voice actor, Billy Bletcher.  At the same time,  there is one short I will be leaving out the short The Thrifty Pig as that is nothing more than a reskin of the original short serving as an effort to promote wartime bonds. 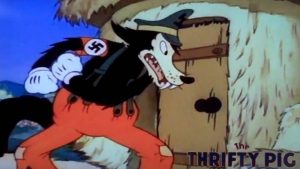 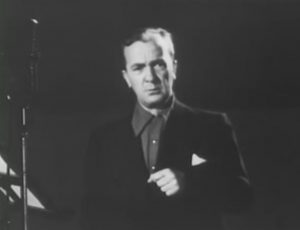 Bletcher was a prolific voice actor and besides voicing The Big Bad Wolf, he was also the voice of another classic Disney villain and perhaps the most classic Disney villain as he even predates Mickey Mouse.  He was the original voice for Peg Leg Pete.   This is something that does make a lick of sense as The Big Bad Wolf and Pete in their earliest appearances do share some similarities.  It’s also interesting to note how Jim Cummings for a while took over the role of Big Bad Wolf and is also the voice that most people nowadays associate with Pete.

This is something that I’ll touch upon more about the similarity in how Bletcher played these characters but you can hear it when he speaks as The Big Bad Wolf.

The Big Bad Wolf is first seen in the original Three Little Pigs short and you see that it follows the classic fable pretty closely in that he blows down the houses made of straw and hay.  What makes it work however is just how fun these shorts are.  Especially with how over-the-top The Big Bad Wolf is. 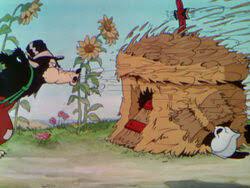 It’s easy to see why The Big Bad Wolf has gone to become one of the most iconic Disney villains as he’s just fun.

The best way to describe The Big Bad Wolf is a brute and something of a schemer. He’s deceitful and we see this through how he uses a multitude of disguises to trick the Pigs and any other such characters.  This makes sense as the first three of these shorts are takes on classic stories.  We have the aforementioned Three Little Pigs but the second and third ones respectively take cues from Little Red Riding Hood and The Boy Who Cried Wolf.  The former relies on perhaps the most obvious disguise one could think of for the Wolf. 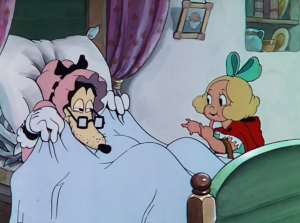 This will not be the only time that I bring up the tale of Little Red Riding Hood during this event.  I believe that The Big Bad Wolf is misunderstood as being a bit dumb but that is a mistake when looking at his character.  Because while he may come across that way, there is some semblance of smarts to him. There’d have to be to see him as conniving and that is best seen with his various disguises.  Sure, it’s an old trope but it works well to show how he can trick the Pigs and other characters.

His grand desire is a bit basic but it makes sense for him. He wants to eat the Pigs.  And he does get close several times. 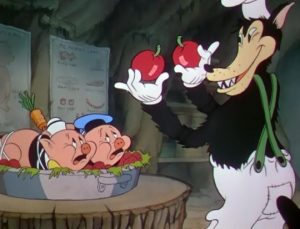 In the third short, we are introduced to his sons, The Three Little Wolves. 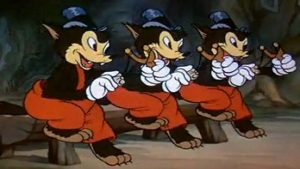 They’re just as evil as their father and will do anything to eat the Pigs even going so far as eating them before he can.  What’s interesting is they are not the only child that has been introduced for The Big Bad Wolf.  There’s also L’il Bad Wolf who unlike the Three Little Wolves is a good person and is friendly to the Pigs. He first debuted in the comics but I wasn’t aware of his existence until he appeared in a Mickey Mouse Works short where his design borrowed from Max Goof. 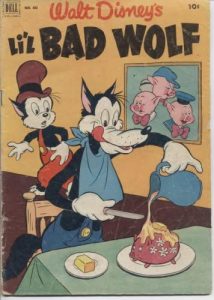 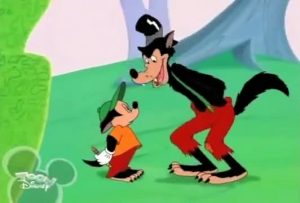 It is an interesting contrast between The Three Little Wolves who are deplorable and L’il Bad Wolf who has a good heart and wants his dad to change.

This is one of the most iconic Disney Villain songs and it’s not hard to see why. It’s fun and catchy. There’s a reason it has been covered so many times over the years.  It’s a simple silly song where the Fifer and Fiddler build up their bravado before it comes crashing back down on them.  It works in setting up The Big Bad Wolf as something of a joke to these two until he finally appears and we see that they are truly terrified of him.

Is The Big Bad Wolf a Good Villian?

I’d say that the answer is yes.  It’s not hard to see why he is so beloved and why he has stuck around for so long.  He’s a fun and simple character that you can’t help but smile at when he is onscreen.  Join me next time as we look at a more traditional wolf in an antagonistic role as we look at The Wolf from Peter and The Wolf/Lambert the Sheepish Lion. 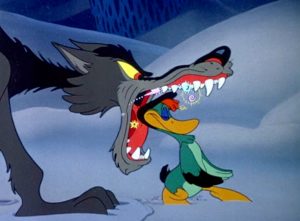 A Look at Disney: Villains Profile: Rapunzel Tremaine (Once Upon A Time Season Seven) A Look at Disney: Villains Profile: Rapunzel Tremaine (Once Upon A Time Season Seven)

November 14, 2022
A Look at Disney: Villains Profile: Drizella (Once Upon A Time Season Seven) A Look at Disney: Villains Profile: Drizella (Once Upon A Time Season Seven)