Welcome to Fanfic Subgenres, where I take a look at tropes in fan fiction and mention where those tropes can be found in professionally-produced works.

Today, I’ll be looking at a trope known by some, including Tropedia, as Ron the Death Eater. This is where the writer of a fan fiction takes a character who is not really a bad person in canon, and then twists them until they’re a villain and/or terrible person.

The trope name, of course, comes from Harry Potter fan fics where Ron Weasley turns evil and/or joins the Death Eaters, or otherwise falls to the Dark Side of the Force (oops, wrong franchise unless it’s a crossover with Star Wars … and I’m sure there are a few of those somewhere out there in fanfic land. But I’m digressing). For some reason, Ron Weasley seems to get the short end of the stick a lot in fanfic land.

Of course, this trope applies to more than just Ron Weasley. A lot of characters in a lot of fandoms are put through this in fanfics. At times, all their worst qualities are blown out of proportion, and the writers define them by those qualities, taking them so far they become a horribly monstrous person. And sometimes the writers just make stuff up about characters for one reason or another, and just plain write them out of character with little or no canonical evidence to support this interpretation of the character.

We see this in every fandom from Ranma 1/2 to My Little Pony: Friendship is Magic. Nearly half the cast of Ranma 1/2 has been subjected to this trope in various fanfics (and some of those fics may actually be decently written from a technical standpoint, but I don’t agree with their interpretations of Akane Tendo, Cologne, and the rest). Even Kasumi Tendo, who’s generally the nicest character in the series, has been subjected to this.

And then in the My Little Pony: Friendship is Magic fics, there are a number of fics involving good characters turning bad. Some might be decently written fics about a characters’ fall to the Dark Side (and might even be better written than Revenge of the Sith), but others are just … wrong. Really wrong. Stuff like ‘Cupcakes’, ‘Rainbow Factory’, and ‘Sweet Apple Massacre’ go way overboard in taking characters who are generally nice and decent beings in canon, and making them sick, sadistic serial killers. Really, one has to wonder just why people would write such things.

Now, are there examples of ‘Ron the Death Eater’ in professionally produced works? There are, actually.

Comic books have plenty of examples of these. Some of DC’s Elseworlds comic books, and some of Marvel’s ‘What If’ comic books (both involving alternate realities that are not in ‘canon’ with the regular stories) involve situations where heroes and other ‘good’ people turn bad. In Marvel’s ‘What If’, there are stories where Reed Richards of the Fantastic Four goes insane or turns evil, or where the Vision of the Avengers becomes the ruler of a dystopian world. Or where the Punisher gets so fanatical that he kills Daredevil and Spider-Man (though admittedly that scenario’s not all that implausible).

In a previous Fanfic Subgenres column, I went into how the really bad DC Elseworlds comic book’ Superman: Distant Fires’ portrayed Captain Marvel (the Shazam/Billy Batson character, not Carol Danvers of Marvel comics and the MCU) wildly out of character, having him turn into a villain purely out of jealousy. In canon, Shazam/Captain Marvel is one of the most heroic and nicest characters you could meet, but here he’s a nutcase. Linkara reviewed this comic on ‘Atop the Fourth Wall’.

And of course there’s ‘All Star Batman and Robin‘, which is clearly set in a reality where its Batman is so (pardon the expression) batshit insane that Linkara didn’t even want to call him Batman anymore. Instead, Linkara calls him Crazy Steve, because this ‘ Batman’ goes around smashing police cars not caring if the officers get killed, kidnaps ‘Dick Grayson Age 12’ and forces him to eat rats. ‘Crazy Steve’ also says outrageous stuff that no other version of Batman would EVER say unless it was an immature ‘tween’ boy playing Batman on the playground. (No decently written Batman would ever say something as immature as “Are you dense? Are you retarded or something? I’m the goddamn Batman!”).

So yes, the really bad examples of this trope DO exist in professionally-produced works, and make us wonder why no editor or anything cornered them and said ‘No. You can’t do this. It’s out of character, it’s too overboard to be considered a valid re-interpretation of the character, and it’s just plain wrong’. (In Frank Miller’s case, he somehow was able to get away with a lot of horrible characterization in All-Star Batman and Robin, but apparently could not — for some reason — use Batman in a certain other project that’s known not only for its horrible writing that may be even worse than ASBAR, but its terrible racism. Linkara reviewed that one for the 300th episode of Atop the Fourth Wall).

But of course, the more tolerable examples also exist in professionally-produced works, too. The aforementioned ‘What If’ has examples of both ‘tolerable’ and ‘really bad’.

And then outside of comic books, there’s the occasional pastiches and re-interpretations of fairy tales that paint traditionally ‘good’ characters in a less than flattering light. Stephen Sondheim’s ‘Into The Woods’ has Cinderella’s Prince all too willing to cheat on Cinderella with the Baker’s Wife and then leave her to marry Sleeping Beauty. There’s also other writers who paint Prince Charming as the same person who married all the fairy tale princesses, moving on to the next after the previous marriage went bad.

The television series Once Upon a Time has had a few heroes re-imagined as villains, one of them being Peter Pan. Manic Expression’s ‘A Look at Disney’ reviewer Moviefan12 felt this particular version of a villainous Peter Pan worked within the context of the series. (See Moviefan12’s Why Once Upon a Time’s Peter Pan Works as a Villain for more details). 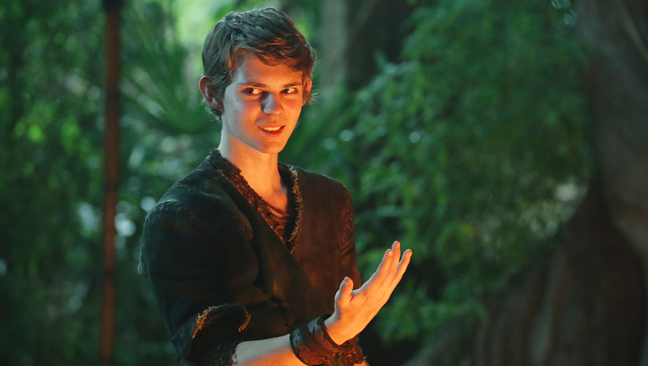 And that’s not the only time Peter Pan has been re-imagined as being less than a hero or an outright villain. There probably exist a number of tellings from Captain Hook’s point of view, saying that J.M. Barrie’s account was based on unreliable accounts from Peter Pan, Wendy, and/or The Lost Boys.

Some villainous re-imaginings of Peter Pan are better handled than others. The less said about ‘Sweet Pete’ in the 2022 Chip and Dale’s Rescue Rangers movie, the better. (See Movie Curiosities’ review of that movie if you’re morbidly curious).

(And this doesn’t count the Shrek movies, as the Prince Charming and Fairy Godmother antagonists of those movies are really parodies of the general ‘stock characters’ of the ‘prince’ and ‘fairy godmother’ and not really parodies or deconstructions of specific characters).

Legendary characters like Robin Hood, Sherlock Holmes, and Dr. Watson have also received this ‘re-interpration’ in various play, short story, and novel equivalents of ‘What Ifs’ and ‘Elseworlds’. Some of these are at least decently written, though many don’t really hold up as well as the traditional versions to repeat viewing.

So all in all, this bizarre form of Alternate Character Interpretation where good or nice characters are portrayed as not-so good or nice exist in several places besides fanfic as well.

That’s about all I have to say on the subject for now. If you have any further thoughts on the matter, or can think of good examples I missed but are worth mentioning, feel free to leave your comments below.

I'm a sometimes writer of blogs to Manic Expression. Recurring sub-blogs I write include Why It Just Doesn't Work (WIJDW), Fanfic Subgenres, and Enough Already. I generally write about movies, television, comic books, and fan fiction, though I do branch out into other subjects (that may or may not be related) from time to time. I've posted on Manic Expression almost since its start in 2012.