Apollo 10 1/2: A Space Age Childhood comes to us from writer/director/producer Richard Linklater. As with so many of Linklater’s films, this one is drenched in nostalgia and heavily focused on the contrasting viewpoints of youth and adulthood. In this case, the film is a fictionalized telling of Linklater’s own childhood, portraying life as an eight-year-old boy living right down the road from NASA headquarters in Houston, watching the Space Race unfold before his eyes.

But there’s a twist. Which isn’t actually a twist at all. We’ll get there.

At the start of the film, our protagonist (here named Stanley, played by Milo Coy), is approached by a couple of NASA agents played by Zachary Levi and Glen Powell. It seems the brains at NASA somehow got their measurements screwed up and accidentally built a lunar capsule that was too small for Neil Armstrong and Buzz Aldrin. They need a last-minute replacement who’s small enough, yet smart enough and tough enough to pilot the miniature capsule to the moon and back, testing it ahead of the actual Apollo 11 moon launch a few days later.

We get about five minutes of that plot. Then the film abruptly shifts gears with an painful lurch as an older Stanley (voiced by Jack Black) regales us with memories about life as a boy in the summer of ’69. The film goes into exhaustive detail, at great length, about Stanley and his parents and his half-dozen older siblings and his neighbors and his schoolmates and every damned thing they ever did before that July day in 1969.

(Side note: In the movie, Stanley’s father — played by Bill Wise — is directly involved with NASA as a bureaucrat in shipping and receiving, so that’s yet another way in which Stanley is personally invested in the Space Race. In reality, Linklater’s father was an insurance underwriter.

(I might add that Stanley’s mother — played by Lee Eddy — is a perpetual grad student at Sam Houston State University. Linklater’s actual mother taught there. Not much difference to an eight-year-old boy, I guess.)

No joke, we’re fifty minutes into this 97-minute movie when Stanley’s own lunar excursion is ever brought up again. The entire first half of this movie — and even most of the second half! — is comprised of Jack Black talking our ears off about how everything in Houston was brand new and artificial and made in the image of the upcoming Space Age. He talks breathlessly about how pinball machines only cost a dime to play and nobody wore seatbelts and everybody littered with beer tabs that would slice your feet open. Grown-Up Stan lists every single movie he went to see, every show he’d watch on television, every song and band and album that his sisters would put on.

I’m not even remotely kidding when I say that Jack Black got more voice-over dialogue in this picture than the entire onscreen cast put together. Maybe even double or triple that.

(Side note: No, it hasn’t escaped my notice that Jack Black has his own deeply personal history with NASA.)

You know that stereotypical old grandpa who sits on his front porch or in his favorite living room chair and endlessly rambles about how everything was so great back in his day? For better or worse, that’s this movie. It’s 100 solid minutes of listening to an old grandpa waxing nostalgic about how everything was so great and so wonderful back when he was a kid, without anything resembling a structure or a point.

(Side note: With all due respect, Linklater is 61 years old. And his oldest daughter is 27. I know he isn’t actually a grandfather yet, but he’s in the age range where he could plausibly be one.)

Don’t get me wrong, there is certainly value in a film that documents what it felt like to live and grow up in such extraordinary times. That’s especially true of 1969, shortly before a summer full of so many historic events that the world would never really be the same afterwards. But at the same time, I don’t think it’s too much to ask that I go into this movie expecting a plot. Especially after the film opens with such a laughably bonkers premise that gets abandoned without a thought after five freaking minutes.

But then a funny thing happens.

Right at the outset, the NASA agents tell Stanley that nobody else can know about this top-secret mission to the Moon. Not even his parents. And if you’re thinking it’s pretty darn suspect that an eight-year-old child could legally be whisked away to “summer camp” and trained for a potentially fatal mission into goddamn outer space without the knowledge or consent of his parents… well, yeah, that’s pretty darn implausible. And the movie never once picks up on that.

Later on, Older Stanley gets a line about how he — as a young boy on a top-secret mission to the moon and back — was the only one on Earth who really knew what it was like to be up there. The only one who could relate to everything happening on the Apollo 11 craft and back at Mission Control. Thus the Apollo 11 landing and the Apollo 10 1/2 landing are stitched together in such a way that they play out in parallel.

And while all of this is going on, Stanley talks about the days he had leading up to the Apollo 11 launch. Days in which he should’ve been prepping, undergoing, and decompressing from his own moon launch. It’s another massive logical inconsistency that goes completely unexplored.

That’s when it finally sinks in that Stanley was never meant to be a reliable narrator. This whole Apollo 10 1/2 mission never really happened, it was just a creative outlet for everything that Stanley learned and consumed over a young lifetime brought up in the wake of NASA. It was his own way of processing the news that mankind had reached the moon, his own way of feeling like he was a part of this huge event.

Most importantly, even if Apollo 10 1/2 wasn’t real, it was real to Stanley. It’s a treasured childhood memory, every bit as vivid and tangible as Frito Pies and half-thawed bologna sandwiches.

Back when Richard Linklater used his signature animated rotoscoping technique for A Scanner Darkly, I immediately picked up on how the approach blurred the line between reality and imagination. It’s not like live-action, in which anyone could immediately pick up on the CGI and the prosthetics and anything that’s clearly fake. In point of fact, because everything has the bright and colorful 2D-animated look not unlike an old Saturday morning cartoon, EVERYTHING in this picture is made to look like it’s being filtered through the sensibilities of an eight-year-old kid. Whether it’s real or imagined, everything has a heightened and rose-tinted feel to it, even the brief asides regarding the ongoing Civil Rights Movement.

Plus, this was Houston in the 1960s, back when everything was Astroturf and PVC. Anything “artificial” was inherently better, and everything had to be colorful and blown out of proportion to hell and back. So really, the line between “reality” and “childlike fever dream” was thin enough already.

Apollo 10 1/2: A Space Age Childhood is 90 minutes of rambling childhood nostalgia, and maybe ten minutes of plot. And for the life of me, I’m not sure if that’s a bug or a feature. If the goal was to accurately capture that feeling of innocent starry-eyed boyhood naivete with regard to an era that (for better or worse) will never come again, then Mission Accomplished. There are many great themes in here with regards to growing up, and I respect all the work that Linklater put into taking us back to Houston of 1969, but forgive me if I prefer storytellers who build their worlds and examine their themes in the context of an actual story. Then again, if Linklater had even the slightest interest in telling a conventional narrative, he would’ve crafted actual dialogue instead of getting Jack Black to narrate every single goddamn thing through every second of runtime.

I’m sincerely glad that the film is on Netflix, because home video really is the only way to watch this. Cue up the movie when you want to hear about the Good Old Days, then pause if and when you get bored. Go about your day while Grandpa Black takes a nap, then wake him up again when you’re ready to keep going. 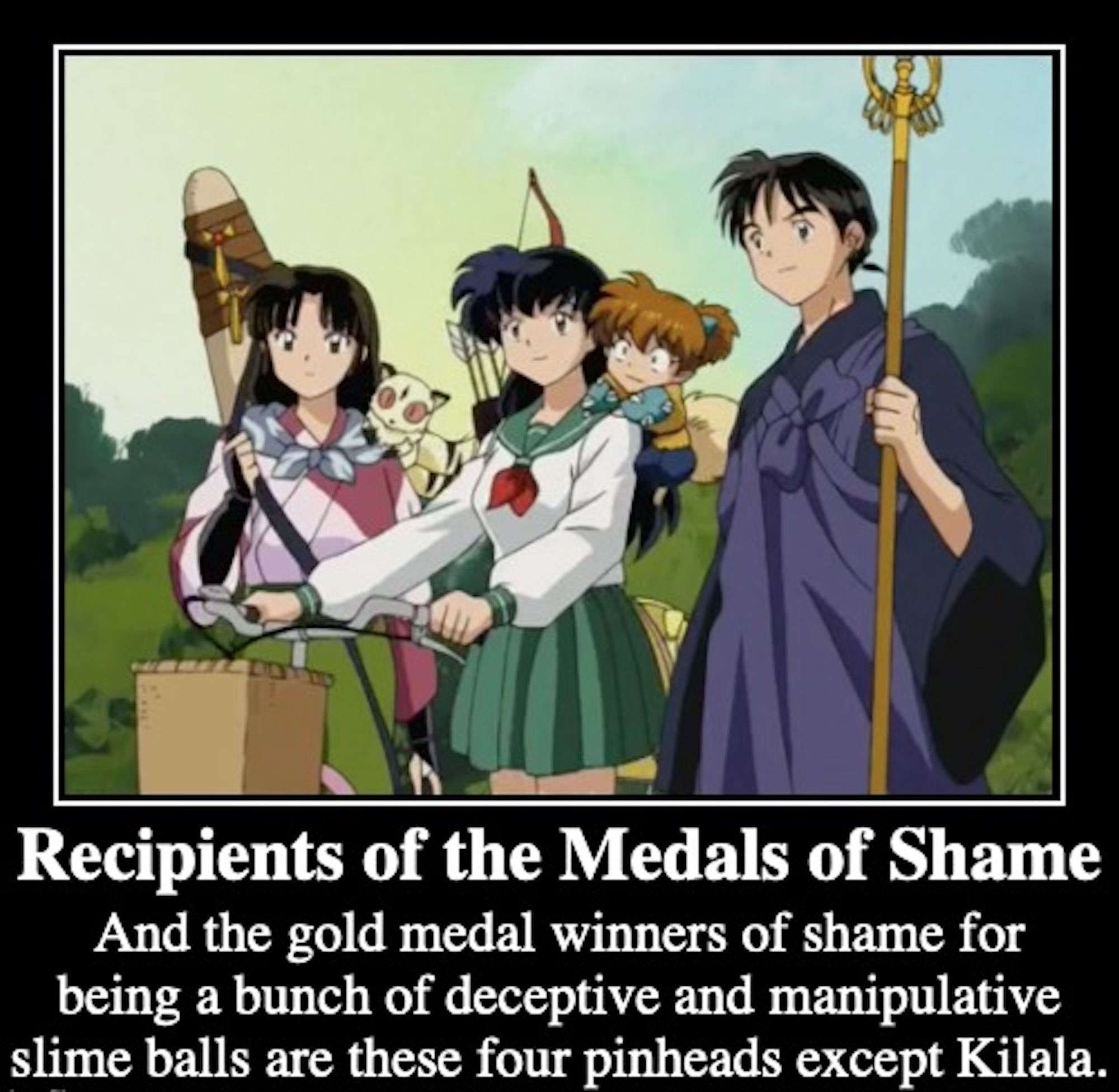