Over the next few weeks, I’m going to be doing something a bit different with Villains Profile.  I’ll be taking a look at three takes on Long John Silver from three different movies.  Starting with the 1950 adaption.  Now, this movie marks an important moment for Disney as it was the first fully live-action movie from Disney.   Today, however, we are taking a look at where it all began.  I will admit that I’ve yet to read the original work but I have ordered a copy off of the wonder Better World Books.  For the most part, I will be focusing on the film portrayals f Silver.  However, there are two tv takes I might look at later and there are some other adjustments I will have to make with this series. 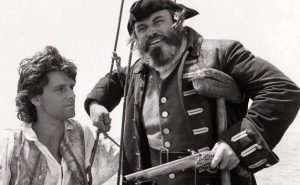 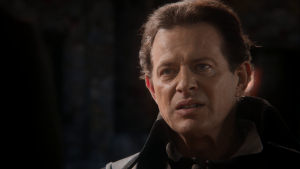 Firstly,  I think it is rather reductive to cover grand desire in all three entries as it remains the same for every version of Silver.  Also, considering that in most adaptions,  he gets away, demise will have to be excised for this series.  Replacing them however will be a category that is rather significant to this character.  One of the biggest reasons I find Silver to be such a fascinating character is his relationship with Jim Hawkins.  Years ago when I did a Top 6 Disney Dads list with an ex-friend,  I included the Treasure Planet version of the character on my list. 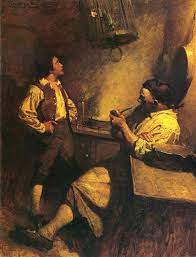 This is the aspect I’m most excited about exploring in Robert Louis Stevenson’s original text as yes, Silver is the antagonist of the story and it’s easy to hate what he does.  But I think I hate it just a bit more because of how he betrays Jim.  There is a true sense of hurt and betrayal of both parts as Silver took Jim under his wing and Jim came to care for the young Hawkins boy very much.  This is something I will touch upon when I look at how Newton’s take but it’s not that it’s unbelievable but compared to the other two movies, I’ll be looking at it feels the least developed.  It’s not completely fair to compare a 1950 straight adventure movie to a mid-90s Muppet movie and an early 2000s sci-fi bent on the story.  But my point does stand in that,  I have a hard time buying the relationship between Silver and Jim in this version. 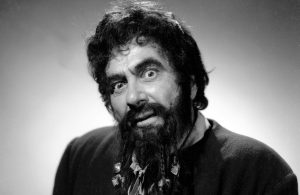 I do enjoy Newton in the role as he does bring a roughness to the role which does add quite a bit more of a menace to his version of Silver.  And do understand that I like him in the role but I just think the actors that came after him were better.  Now it appears as though Newton reprised the role twice, once in a non-Disney sequel named after his character and a tv series. 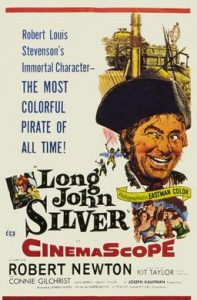 Considering, this is a Disney blog, I will not be looking at those.  However, I may watch the sequel as it’s on Tubi and was even helmed by the same director of this movie, Bryon Haskin.  so, that does make me think the two might share some canonicity.   In many ways, Newton’s portrayal of Silver is important as it set the standard for what society would come to think of pirates of in the decades since this movie’s release.  This makes a lot of sense as while I was watching this movie for this I felt as though Newton’s Silver would not have felt out of place on Pirates of the Caribbean. 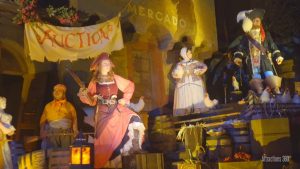 It honestly feels as though, he’d naturally fit there. More so than Captain Jack Sparrow but that’s a story for another day. 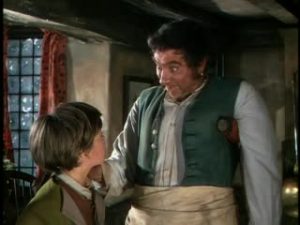 Something I find interesting is that with the other two takes I’ve seen of this story,  we meet Silver on the ship but here we are introduced to him before boarding the ship at the place he works at as a cook.  In many ways,  I like this for a couple of reasons,  it helps humanize Newton’s take on the character and in a way makes him more relatable especially as he laughs off Billy Bones when Jim asks if he’s ever met him. It’s such a small yet fascinating thing to consider in how the location of where we are introduced to a character plays a large part in how we come to think of them.  And in quite a few ways, Newton’s version of Silver is rather human.

Do you remember the scene with the bad guys from the beginning of Wreck-It Ralph?

That is in many ways how I feel about Silver as he is such a complex figure and unlike some other figures, he’s not afraid of lying about his past as he does here as he claims to have served under the Royal Navy but that does not seem to be the case and he just uses that lie to make himself appear more trustworthy than he truly is. Having said all this and while I do think there is a modicum of decency to Newton’s version of Silver, he also seems to be the most ruthless of the three versions I’ll be looking at.  He is the one that I have the hardest time finding any sympathy for.  Understand that I am not arguing villains need to be sympathetic but Silver is presented as a character where throughout the movie,  you become invested in him and his relationship with Jim. 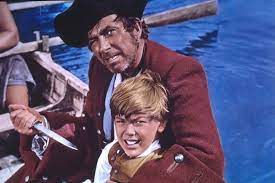 Yes, he does at one point take Jim hostage when get gets to the island as Jim had overheard Silver’s plan aboard the ship but in a way that almost more felt like an act of desperation on his part when he does this.  On the same token though, I do believe this Silver would harm Jim to get what he wants. 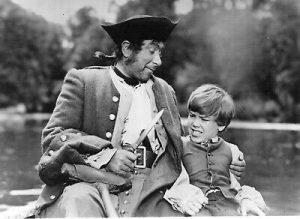 This is perhaps the biggest area where this version falls a little flat for me. I think part of the issue comes from Bobby Driscoll.  He’s not a bad actor far from it but the way that he plays Jim is hard to put into words but almost feels too young for the character of Jim.  I Googled the character’s age in the book and it said he’s around twelve to thirteen whereas Jim in this adaption feels like a young ten-year-old.  Even though if my math lines up, Driscoll would have been the right age for the character in the book.  He was born in 1937 and the movie was released in 1950.  The best I can figure is that to keep things family-friendly as this was the first live-action Disney movie,  the director was told to have Jim be a more precocious character.  I get the idea and Muppet Treasure Island’s Jim Hawkins is also a rather innocent character but he feels like a teenager that has been through a lot whereas in this film we are only informed that Jim doesn’t have a father and we never see his mother.

You could argue that it is not needed but I’d disagree with that.  There are many different ways that this could be handled as I’ll discuss when looking at Treasure Planet, they made the decision to show the relationship between Jim and his mother as taut because of the death of his father.  I like that decision as it helps inform why someone such as Silver becomes important in Jim’s life.  In the 1950 movie,  it some ways feels as though it is just going through the motions.

I mean the Alvin and the Chipmunks adaption thought to include her character. We won’t discuss the weirdness of having Britanny play this character to Alvin’s Jim but still.   Having said all this,  what do I truly think of the relationship.  Well as I said, it’s going through the motions and Silver feels less like the father figure to Jim that people often think of him as and more like the drunk uncle that lets you take a sip of beer before you’re old enough to legally drink.  That’s not to say that Silver doesn’t truly care about Jim as he does in his own way but as I said when discussing his personality, Newton’s Silver feels like someone that would quickly dispose of people he cares about to advance his goals.  As stated previously, he takes Jim hostage and even holds a knife to the boy’s throat.

I know that this might go against what I said of how Silver isn’t truly a bad guy and that can be argued but I think he’s more a desperate person at this point.  And understand I don’t dislike this movie but the relationship between Jim and Silver doesn’t feel as developed as it could have been.

I perhaps sound like a broken drum at this point but I think Silver’s most nefarious action is when he takes Jim hostage and holds him ransom in a way to bargain with Smollet.

As stated, it does make sense because, at this point, he’ll do anything to get what he wants.  We also see how he wants to keep Jim and use him as a bargaining tool for the map that leads to the treasure.

The last time we see Newton’s Silver in this movie, we see him rowing off with some of the treasure and it does seem as though he has succeeded.  But there is still a sense of sadness as Jim waves goodbye and Trewaleny even says that he feels a little sorry for him.  This in some ways speaks to the idea of how even when you get something you want that is materialistic.,  that doesn’t mean it’ll always make you happy.

He’s not bad and he does a great job in the role but I don’t know if I’d say that he’s my favorite take on the role I’ll be looking at. Still, I strongly suggest that if you haven’t seen this movie, go ahead and check it out.  Join me next time as we look at how Tim Curry handled this role in the wonderful take from the Muppets. 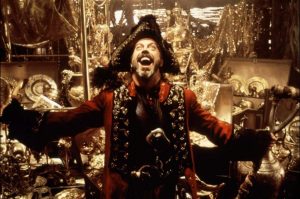