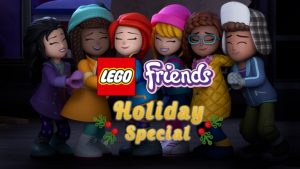 LEGO Friends is a line from LEGO that I admittedly do not have much knowledge of, though it does seem to have quite a few popular animated series, and it appears that this holiday special debuted last month. I decided to check it out and enjoyed it quite a bit.  The story is quite good and I imagine that the fans of this line enjoyed the series.  Something I noticed when researching this special is that this year’s LEGO Friends Advent Calendar seems to tie into a moment from this special considering that this special contain multiple flashbacks to the main girls as young children.  Which has them presented in micro doll form and the micro doll versions of girls are present in the advent calendar for the Friends line. 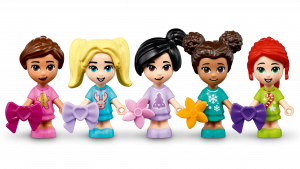 That’s cute and a nice touch.  Once again as I mentioned the story is quite simple but it does help in showing that these girls truly do care about one another.  Even as someone who hasn’t seen much from this particular line before, it was easy to get into as it had similar vibes to something like Equestria Girls. Which funnily enough saying that is quite fitting as a lot of the MLP voice actors also voice the Friends characters. I first noticed this when I saw Tabitha St. Germain’s name in the credits.  Ooh, Rarity. 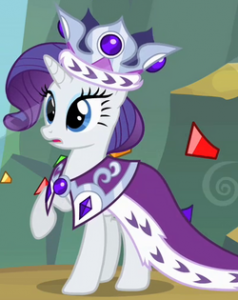 As I mentioned, the plot is rather simple and a full breakdown would kind of spoil it.

The special opens in Heartlake City on an ice rink and does a good job of establishing the group of Friends and does set up a conflict that is understandable in how Mia, who I believe is the main character of this line wants to go Christmas shopping with her friend Andrea but turns out Andrea already went shopping with her mom and that’s where our group of friends split up.  It turns out there was a deeper reason that Mia wanted to go Christmas shopping with Andrea and it all revolves around a music box she wanted to get her.  This leads to the second flashback of the special where we see the girls as little kids and see Andrea has the same music box during the first Christmas they spent together as friends but it ended up getting broken. 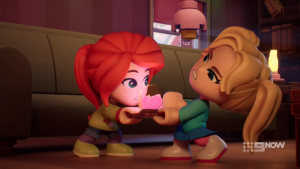 This goes about as well as you think.  Meanwhile, Andrea and the group of friends keep getting pranked by a little girl and things go from bad to worse to where Andrea stinks.  There’s also a running gag of their friend River wanting cookies.  There is yet another standard Christmas subplot where Stephanie who is the sporty one of the group notices a classmate of theirs Joe doesn’t have any warm winter clothes and is worried about him. It turns out that his family has been struggling quite a bit this year.  It’s cute if a bit simple and it does show the true spirit of the season.  This all culminates in them ending up at Andrea’s old house by mistake and the creepiness brings them closer together. 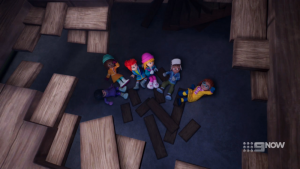 They even plan on having a basement Christmas until they are saved and that is funny.  Though my favorite moment has to be Stephanie realizing she doesn’t have any fingers.  Sure, it’s a silly joke that has been done a lot in LEGO stuff but it always gets a tickle out of me. 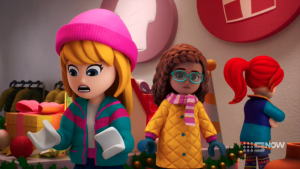 I’m not going to go over all the characters as only a few truly matter. With that out of the way, let’s begin. 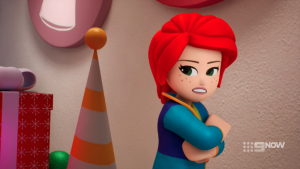 Mia is a nice enough character and you get why she’s upset.  Sure, it may seem she’s in the wrong but there is no right here and that is understandable as she wanted to get the perfect gift for her friend.

Once again, Andrea was a nice character that I enjoyed spending time with, and once again, you can feel how much she cares about her friends and you know that she will get over being mad at Mia.

Stephanie was easily my favorite character in this special and I’d love to see more of her in the future.  Her subplot with wanting to help Joe was nice and I don’t know what it is that made me like her so much but she had a lot of the best moments in the special for me.

I really enjoyed this special.  It’s simple, cute, and does a good job of making the audience care about the characters while understanding why our two leads are mad at each other.  You also realize that they will be able to get over these feelings.  I’d say that even if you aren’t familiar with the Friends line,  go ahead and give this a watch. 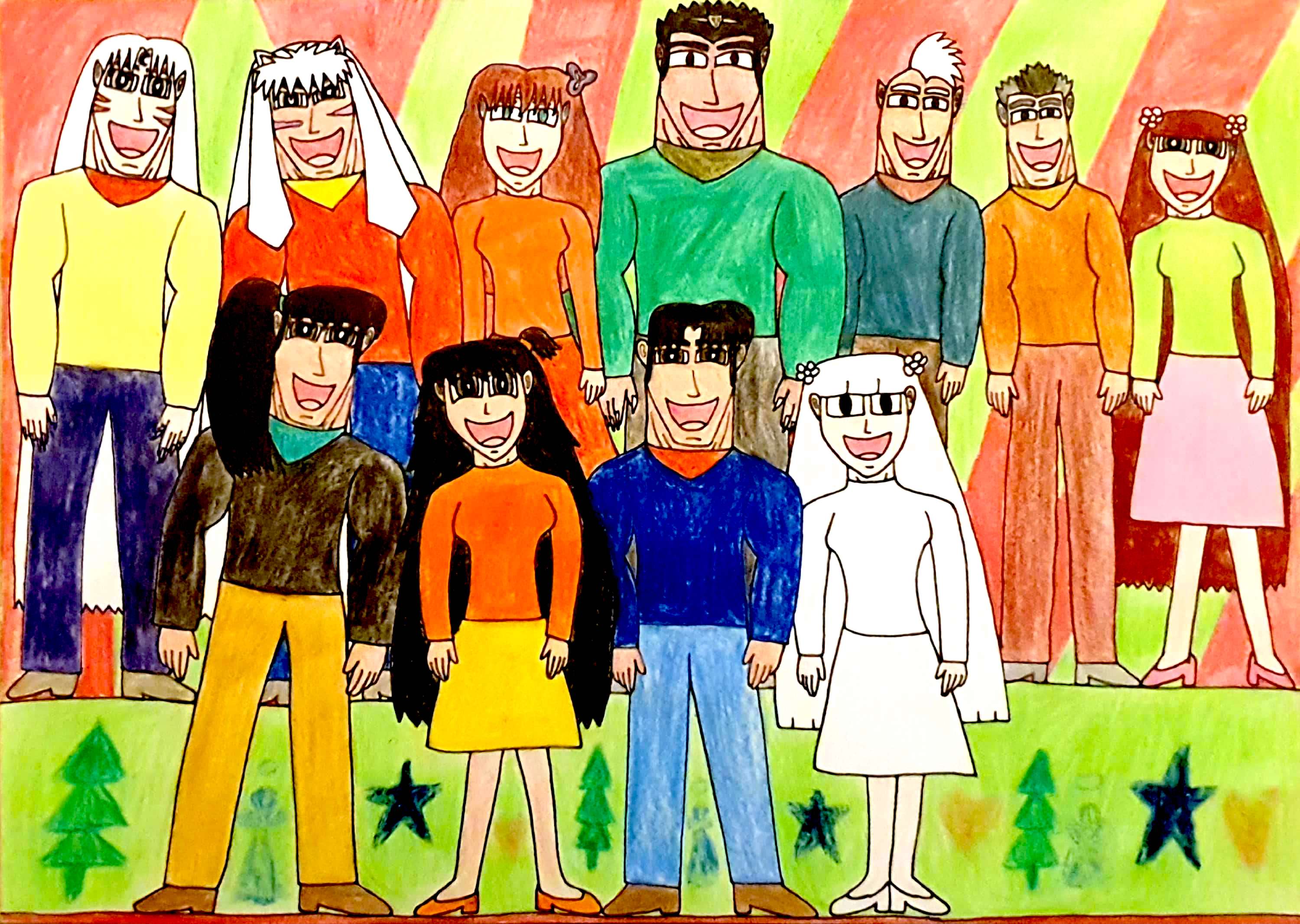