A Look at Disney Santa Spectacle Two: The Nightmare Before Christmas 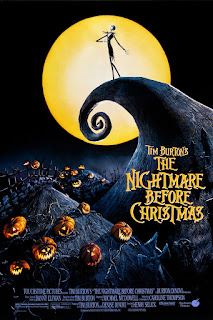 The Nightmare Before Christmas is a beloved alternative Christmas movie that has only grown in popularity.  My feelings on the movie, it’s not bad but it’s overrated and overhyped.  There are quite a few elements that work in making this a classic that people to this day but I dunno nothing about it struck me as great.  I don’t think I need I do a major plot breakdown because most people know the plot of this film but I will give a short breakdown before we get to the characters.
The movie does have fun ideas but the execution in parts is rather boring. Again, this is just my personal opinion as I do get why people could like this movie but I feel like it lags a bit.
This movie is often credited as Tim Burton’s The Nightmare Before Christmas and that is partially correct. He created the idea and it is based on a poem that he wrote.  However, the movie was directed by Henry Selick. 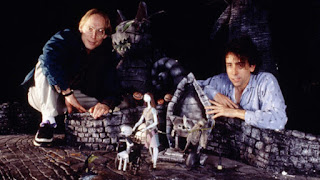 So often when this movie is promoted, all the credit is given to Burton and I get it as he created the characters and the story but Selick is the one that brought them to life amongst many other animators.
Even as someone that is the biggest fan of this film, that is a little annoying. Now it should be noted that characters such as Sally didn’t exist in Burton’s original poem.  I had a friend that she believed neither did Oogie Boogie.  With that out of the way, let’s look at the plot but keep it brief.
The Plot
In the world of Halloween Town,  the Pumpkin King Jack Skellington is bored with life. It seems as though he is going through a midlife crisis and then stumbles into a forest of trees that lead to other Holiday worlds. He stumbles into Christmas Town and is in awe of what he sees. 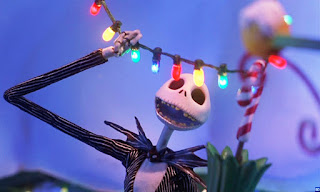 He becomes enamored and learns of the holiday and Santa and this is where things go a bit off the rails as well, first Jack has Santa kidnapped while planning to take over the holiday.  Yeah, he says that it’s so that Santa can have the year off but kidnapping isn’t exactly the right way to go about it. And this is where my annoyance comes in with the movie, Jack is like that annoying fanboy that thinks he knows better than the creator of the work that he’s a fan of (see Star Wars), and that causes his charm to wear real thin real fast.  I get being in love with Christmas as it’s my favorite holiday but yeah.
Yes, I know the point is to show that Jack isn’t better at being Santa than Santa but there’s really no comeuppance for his actions. I mean, there is Poor Jack at the end where Jack feels a bit of remorse for himself. If you’re a theater fan, you know that people have sid characters such as Evan Hansen are never punished for what they did, which isn’t true as Evan loses everything he had but Jack doesn’t lose anything and is just allowed to go about his life without any major ramifications for his actions.  And as Santa points out the only character with any sense in this movie is Sally.  I don’t think I need to say too much more about the plot and I think that it’s good enough.
Let’s take a look at the characters.
Characters
Now, I will not be looking at all the characters as not all are important to the story and I’d be here all day if I did.
Main Character
Jack Skellington voiced by Chris Saradon/ Danny Dlefman (Singing) 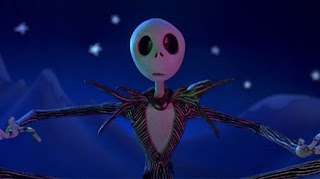 I get why people like Jack but I honestly find him to be something of an annoying character and he crosses a line when A., has Lock, Shock, and Barrel kidnap Santa Claus. And then again, when he is determined that he can do Christmas better than Santa. I believe the idea of his character is to show that he should be content with what he has but that doesn’t work for me as people should be allowed to try new things.  Which he does and he fails but he takes it in grace.  Still, he comes across like a fan that thinks he knows better than the creator of the thing that he’s a fan of.
Sally voiced by Catherine O’ Hara 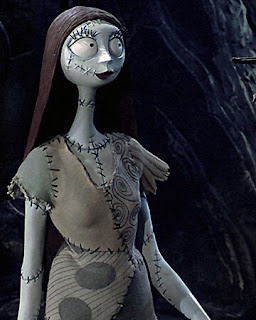 I do like Sally and she’s probably the only character in the movie that I like.  She is sensible and is the one that can see that Jack’s plan will go awry. She tries to talk some sense into Jack but it doesn’t work. Still, she’s a fun character that has her own stuff going on such as getting away from Doctor Finklestein.
Supporting Character
Santa Claus voiced by Ed Ivory 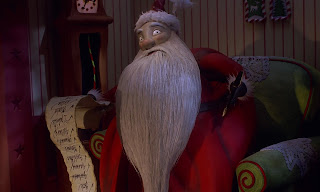 If there is any character that I feel any sympathy for, it’s Santa. Here’s a man that is trying to do jus job when a skeleton that has no clue how any of it works and upends his holiday and makes it worse. And he has to clean up the mess, only after being tortured by a creepy skeleton that has no clue what he’s doing.  Normally, I don’t like seeing Santa frustrated but here he’s in the right
Music

This is a good number for setting the mood of the film and the atmosphere of Halloween Town. It’s a strong number that can get people invested.

This ties into the idea of Jack not being fulfilled and to me, it seems like he is going through a bit of a midlife crisis.  Again, I like this number and it does tap into what Jack wants as it is a big I Want song.

This is easily the most iconic song from this movie and with good reason, it’s great. Hey, I may not like this movie but I can acknowledge when a song is good. This is a really good song that speaks to the wonders of Christmas and how joyous it can be.

This is an important character song as this the one where Jack’s delusions end up getting everyone else involved in his mayhem. This is a key song in advancing the plot and showing how far off the deep end he’s willing to go.

This in many regards is a good follow-up song to the last as it shows how far off the deep end, Jack has gone and there is no turning back for Jack now. No one can talk Jack out of his delusions of grandeur. In some ways, Jack is kind of like an addict in that regard. He needs an intervention but he’s drug the rest of Halloween Town down with him.

This is a fun and silly henchmen number about kidnapping Santa. It’s pretty good and the actors do a good job singing.

This ties into the two previous songs before the last again showing how far off the deep end that Jack has gone. It’s clear that he thinks he’s well-intentioned but he doesn’t understand the mechanics of what he’s dealing with. Though, I gotta give him credit for going all-in.

This is such a fun villain number that is clearly inspired by the likes of Cab Calloway with its Jazzy nature. It is so easy to see what this has become a villain staple and why Disney loves trotting Oogie Boogie out during Halloween. I may think he’s pointless to the story (he is) but he does have a great song.

This is such a somber number that I think is important in understanding why Sally doesn’t join in the festivities. While I didn’t bring up it originally, this is something that is key to her character.

She is also psychic and has premonitions when anything bad is about to happen.

That makes this song all the more poignant in my regard.

I am really of two minds on this song, Elfman sings it beautifully and it is a good character piece bringing Jack full circle but like I said earlier in the review one of the major things that bugs me is Jack doesn’t have any consequences for his actions. Instead, he just remembers that he’s the Pumpkin King and that is it.

This is a good number to close out the movie. IT’s sweet and there is something fun in seeing these Halloween characters playing in the snow. 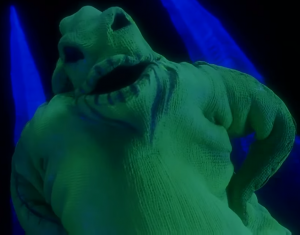 I really feel like this character wasn’t needed and that he was much of an afterthought.  This is a story that doesn’t need a villain as the conflict of Jack messing up Christmas while becoming obsessed with it should be enough to carry the movie. He’s cool but he doesn’t add anything other than being the last obstacle that Jack has to stop and that happens after he has already stopped delivering his twisted presents.

I really wish I liked this movie as much as the rest of my generation does.  It’s not a bad movie and the songs are great but I honestly find the story rather lacking and a bit boring in places. I totally get why it’s a cult classic but I don’t know if I’ll ever return to it. Join me next time as I look at… 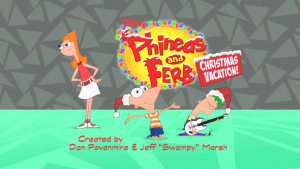 7 thoughts on “A Look at Disney Santa Spectacle Two: The Nightmare Before Christmas”