In 1978, a holiday special was released that has lived in infamy.  The Star Wars Holiday Special. Last month on the anniversary of said special, a brand new Star Wars Holiday Special that had the LEGO treatment was released.  It is interesting to see the elements of that special mainly the holiday, Life Day brought into the canon of Star Wars. Yes, this thing is as absurd as it may seem canon to the larger Star Wars mythos.  From a LEGO perspective, this does make sense that they’d want to give one of their biggest moneymakers a new special. They’ve dabbled in LEGO Star Wars animated stuff before and they are no stranger to selling LEGO Star Wars holiday merchandise. Every year for as long as I can remember now, there has been a LEGO Star Wars advent calendar released around the holiday season. 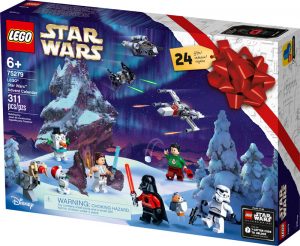 As you can see this year is no exception.  However, they’ve ramped up the merch a bit as they are also selling LEGO Star Wars holiday plushies. 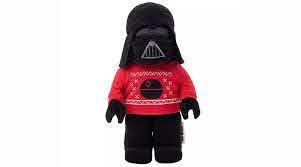 I do not think one can fault LEGO for wanting to sell as much merchandise as they can when it comes to Star Wars as they know it makes money and people love the holidays and people love Star Wars, so in an odd roundabout way, it makes sense.

This brings us to the Life Day of it all as it were. Life Day is much like any other fictional holiday a la Hearth’s Warming Eve in MLP that has similar attributes to Christmas while being distinct to be its own thing even if both of these holidays could easily be referred to as Christmas and very little would change about them.  Life Day has slowly been brought back into Star Wars over the last couple of years.  Just last year Galaxy’s Edge at Disneyland held a Life Day Celebration. 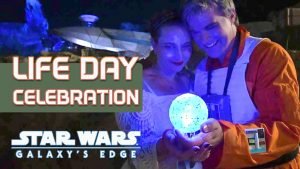 So, that is interesting to see.  Now, let’s look at the plot. I will not go too deep into the plot for those that wish to watch as it’s only been out for a month and also because there isn’t that much to say regarding the story.

Early reviews of the special compared this to the BTTF franchise and while I do get that as this a time-travel story, I felt a bit more of things with Legends of Tomorrow in parts because there is a lot of time displacement going on. I do have a few minor quibbles including it is annoying that as someone enjoyed the Sequel Trilogy,  Finn, Poe, and Rey are split up for a good majority of the special. There is an A plot and a B plot to this special and the former is rather quite boring. It’s just Rey and BB-8 traveling through Star Wars past as she hopes to learn how to be a better Jedi Master for Finn. Yeah, he’s Force Sensitive.  It’s fun but it just feels like it’s going through the paces. However, there is an important moment where Master Yoda comes to Rey tells that one of the most important things of teaching is to be a friend.

This moment oddly plays out like the Ghost of Christmas Present sequence from A Christmas Carol as Yoda shows her the Life Day Celebration taking place on the Falcon.  I do actually enjoy that.  Oh and Yoda dressed adorably in holiday garb is the narrator. 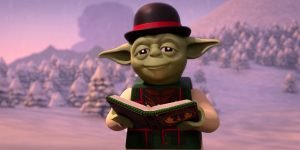 Now, the other plot is the one that has more the holiday feel to it as Poe is trying to plan the perfect Life Day celebration but things keep going awry. This special actually brings Chewie’s family back into the fold as they are coming to the Falcon. There are some funny moments such as Poe trying to use the thrusters to cook the Holiday dinner. You can imagine how that went.  Oh, there is something interesting/sad to note here, Rose has more to do in this special than she did in Rise of Skywalker. As she is a supporting character in Poe’s storyline and her and Finn actually end up saving the party by bringing in some music and the guests.  However, while Kelly Marie Tran was given more to do here, I find it sad that Zorii who has a relationship with Poe while appearing in this special was not given any lines at all.  Perhaps, they couldn’t get Keri Russell to record a few lines. Much in the same way that Ridley didn’t return either.  Again minor quibble.  I must say that I do enjoy seeing the Falcon decorated up for the holidays. 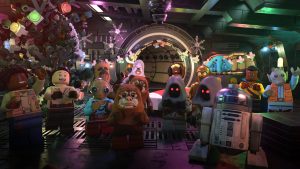 I do enjoy the look of the look as I said and this is a bit more what I would’ve wanted from a Holiday Special. Oh and maybe Bea Arthur. 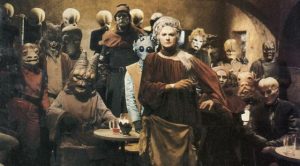 I do appreciate that other than the title they don’t overdo it with references to the OG Holiday Special.  I will say I do think the special could’ve leaned a bit more into the LEGO of it all.  This being a LEGO special, I would’ve wanted more LEGO jokes. That department felt a bit lacking. That is perhaps my biggest issue with this special.

This isn’t a bad special, it could’ve been a little better but I did enjoy it for what it was but there are areas where it felt rather lacking. Again, not bad but I think it could’ve been better.