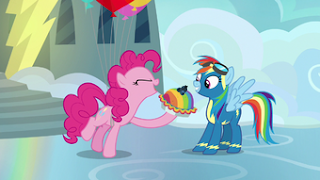 As children, we are often taught that honesty is the best policy. And that is something that this episode attempts to teach which is a simple lesson but you need simple lessons sometimes. And yeah, Dash does go about it in the wrong way as we will see. Granted, this is episode is told more from  Pinkie’s POV but that is important in helping to understand how Dash’s lying hurt Pinkie.  And in many ways, it actually goes beyond just Dash lying to Pinkie over the fact that she doesn’t like pie and in a way ends up gaslighting her. For those that do not know, gaslighting is defined as…

It’s the act of manipulating a person by forcing them to question their thoughts, memories, and the events occurring around them. A victim of gaslighting can be pushed so far that they question their own sanity.

I cut out part some of the definition about the victim but no, the way that Pinkie is treated by Dash is rather uncomfortable and yeah, she truly does hurt her friend.  I believe that this episode does two messages. One for kids in that being don’t lie as that’ll hurt your friends and one for adults being don’t emotionally manipulate your friends.
The Plot
I pretty much gave you gave the basic gist of the plot and there isn’t a whole lot more to break down. This episode is best looked at in two halves, the first being Pinkie finding out that Dash doesn’t like pies and going crazy trying to see her eat a pie while Dash avoids eating a pie while tricking Pinkie into thinking that she has. To the point that Pinkie convinces herself that Dash has laser eyes that she uses to destroy pies.  It’s Pinkie, don’t question it. 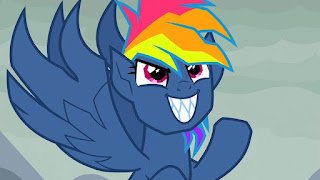 There is even one point where it seems like Dash is being nice as apparently, she gives some of the pies to Cheerilee’s class. Though this is still a bit iffy while Dash is doing something nice, she is still lying to Pinkie and all throughout this episode goes to absurd lengths to trick Pinkie into making the Pink Party Pony into thinking that she has eaten them including where she bucks one up to another pony’s ledge.  It gets to a point where Pinkie throws a party for Dash to try and get her to eat a pie and this is where things truly go from bad to worse as Pinkie makes the revelation on her own.  After this, Dash talks to Twilight and AJ and says that she doesn’t like any type of pie. Okay, that’s a rather broad statement. Not all pies taste the same. I like apple pie but can’t stand key lime pie. However, the pie is secondary to the story as Dash realizes that she needs to make up with her friend.  And how is she about to do this. Well, in a rather gross way. 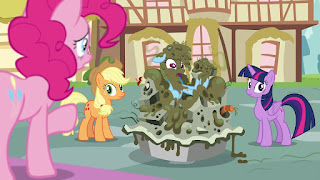 Pinkie stops her from getting too far and the two friends make up and things do get better.
Characters
I’m just going to look at Pinkie and Dash here. With that out the way, let’s begin.
Pinkie Pie voiced by Andrea Libman 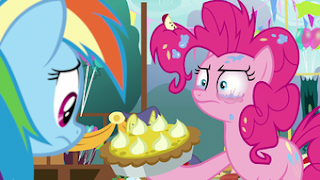 The MLP Wiki lists this as Pinkie forcing yet another pie on Dash. And while there is some truth in that, I think that is the wrong message to take here. Pinkie has gotten so desperate at this point because she knows that Dash has been tricking her and wants to get to the bottom of why.  She’s tired of being tricked and lied to. That’s why she set up this elaborate ruse, in a way it was Pinkie trying to reclaim a piece of her sanity and understand why her friend was treating her this way.
Rainbow Dash voiced by Ashleigh Ball 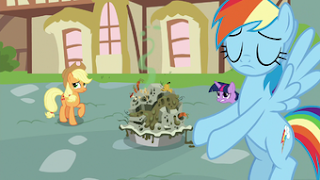 This is a rough episode to watch in some regards because of how poorly Dash treated Pinkie.  It’s why I brought up gaslighting as that is so much how Dash acts towards her friend in this episode. As I said in the opening, there are two lessons in this episode, don’t lie and don’t emotionally abuse your friends.  It’s probably one of the most important lessons that this show has taught.  Next time we will look at a lighter episode as we look at
Grannies Gone Wild 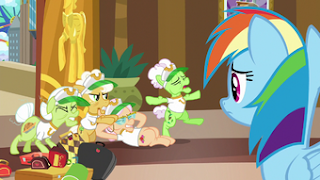 2 thoughts on “Trotting Through Life A Dash of Awesome: Secrets and Pies” 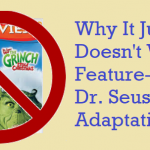