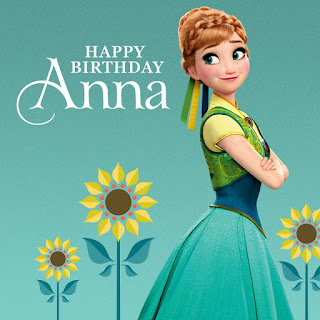 Hello & Â welcome back to A Look at Disney. Â (I know I said I was going to do Top 6 Dads of Once Upon A Time but I was inspired to post this). Â This past Sunday was not only, it was also the birthday of one of my favorite Disney characters. Princess Anna of Arendelle. Â Now originally I was just going to post my Top 6 Anna Moments from Frozen Week.Â Â  Â But Anna’s birthday gave me reason to do an article that I’ve wanted to do for a while. Â You see I’m a huge fan of Frozen and Â in turn, a big fan of Anna. Â And so far I’ve loved Anna in everything I’ve seen her in, even if the material was not that good. *cough* Frozen Fever *cough* (Ironic considering that is what celebrates Anna’s birthday). Â  So yes, whether it be Frozen, Once Upon A Time, or Frozen Fever. Â My enjoyment of Anna has not waned.

But with this article, I want to explore more of why I like Anna so much. Â Now granted, Â it may appear that I’m retreading water as I went over this a bit in thePower of The Princesses article with Pretty Boy.Â  Â  Â  Now Â I’ve gone over in the past of how I relate to Anna and consider to be the best younger sibling that Disney has ever had in a movie. Â  As I said in the Power of The Princesses article, when I described my favorite Anna moment.

“She’sÂ  My Sister, she would never hurt me”.

I explained this in my Top 6 Anna momentsÂ  butÂ  to go over again,Â  this line resonated me with because I am a younger brother with a big sister and we have had our ups and downs butÂ  through thick and thin, we’ve always been there for one another.Â  AndÂ  this line from Anna is a reaffirmation that siblingsÂ  will alwaysÂ  care for each other and younger siblings want to view theirÂ  older sibling as a heroic figure thatÂ  can chase the monster out of the closet.

Now yes, Â I do relate to Anna as a younger sibling and that line is still her most effective line on me but even beyond the aspect of being a younger sibling myself, there are other elements to her character that I like such as her optimism. Â  She is one of the most optimistic characters I’ve come across in a Disney movie. Â Which you really get a feel Â of Â in “For The First Time Forever”Â  Her entire portion of the song is about looking on the bright side of life. 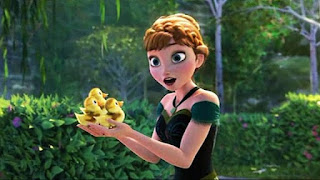 And this is just one element of her character that I relate to. Â I think that’s the big thing, Â out of all the characters in Frozen, she is the one that I relate to the most because just like Anna, Â my nature is to be optimistic and always look on the bright side of things. Â  And also not to mention Â she is willing to put others above herself like any good person would do. Â  We see this in large scope with how much she is willing to risk her own life freezing to death to save Elsa. Or on a smaller scale in Frozen Fever, even on her birthday and after everything that Elsa did for her, the only thing that she want is to take care of her big sister, so that she can get better. 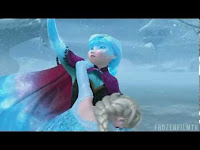 And while I may not care for the song, “Making Today A Perfect Day”, Anna does have a rather cute line that sums up how much she cares about Elsa.

Anna:Â Best birthday present ever
Elsa:Â Which one?
Anna:Â You letting me take care of you

And we’ve already seen how brave Anna can be. Â That is one of the key things about my favorite Anna moment. Â It shows her bravery that she is willing to risk her life for the people that she loves. Though her and her sister, Â do have a different opinion on the cold. 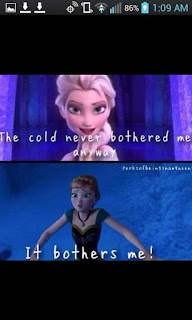 And I think that this brings me to my final point with Anna. Â She’s brave, optimistic, and thinks of others while being adorably funny. Â Seriously, Anna is easily the funniest Disney princess ever. Â  I mean just look at her scene of her trying to climb up the mountain. 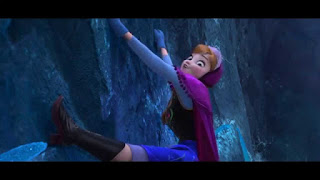 And when you put all of these elements together, you get one of Disney’s best characters and one of my favorites. Â When Frozen first came out, I like so many others was swept away by Elsa. Â And sure, Elsa’s cool but over time as I have re-watched Frozen, Â I’ve grown to like Anna more. Â  And Â I think that comes from the fact I’ve found that I relate to Anna more. Â All of the traits that she exhibits throughout the film are attributes that I try to exude in my every day life. Â  Just like Anna, I Â try to see the best in people and always want to have a bright outlook on life. Â Even when things get grim. Â It isn’t always easy and there are days, when I feel my world crumble. Â And hey, Anna’s been there too. 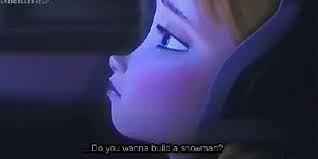 So yeah, even though by her very nature, Anna is a happy person, Â She Â has her down days and so do I, Â I may be a happy person but when I break down, it hits me hard. Â So in the end, the big reason I love Anna so much is because I see so much of myself in here. Â  And that Â is a rather special connection to have. Â  I’d say more than any other Disney character, Anna is the one that I relate to the most. Â Now, I’d like to end this with my favorite Anna song, which was actually cut from the movie.

Now as much as I do love this song, Â this is the only area where I don’t relate to Anna. Â  But that doesn’t stop me from loving this song. What are your thoughts on Anna? Â Let me know in the comments. Peace!