A Look at Disney: Can We Talk about Why I Think Disney Princess Lego Sets Have A Right To Be On The Lego Aisle

Author’s Note: Â This is an older post of mine from last year and it’s one I’m really proud of and this is something that I still believe in with all my heart. This is going up because recently, an Ohio mother Tweeted out this image. Â Â  Â Her local Target is Â segregating the girls’ building toys from the others and this is something that needs to stop in my belief and in this article, I go over why this bugs me. Â Let me know, Â if you want, I may do a follow up article on this.

HelloÂ  & welcomeÂ  to A Look at Disney.Â  This past weekend,Â  I went to the Lego store to pick up a birthday present for my niece,Â  who is turning five inÂ  August.Â  Knowing that she loves Disney Princesses, I got her Rapunzel’s Creativity Tower. 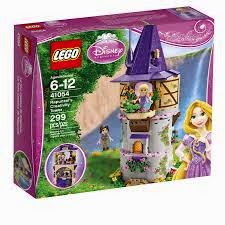 And this time,Â  I was more aware of something thatÂ  is quite common.Â  The boy’s sets such as Marvel were in one section and towards the front of the store, whileÂ  the princessÂ  sets such as the one I bought for my niece was towards the back ofÂ  The Lego Store. NowÂ  one could argue that the store is just organizing the sets by which property they belong to and as with most stores are giving their newer and more popular brands,Â Â  the spotlight by pushing them to the front of the store. This so much doesn’tÂ  bug me as I get what the store is doing.Â  No,Â  it’s something else that I’ve noticed with these princess sets that bugs me.Â  NowÂ  not allÂ  stores but stores like my local Wal Mart tend to leave the princess sets off their Lego aisle and instead put them on the aisle for girl’s toys aka the pink aisle.Â  And this bugs me a little but because this is reinforcing the notion that we need to separate boy’s toys and girl’s toys.Â  This is something thatÂ  I’ve started to question as I’ve grown older.Â  Why must we separate the two?Â Â  After all, Rapunzel’s Tower is a Lego toy and if stores have a Lego aisle, why can’t it and the other princess sets be on the Lego aisle. I see no reason, why to keep the “girl’s” sets isolated from every other set.Â  You don’t see the Marvel or Harry Potter sets on a different aisle in a store like Wal Mart or Target. 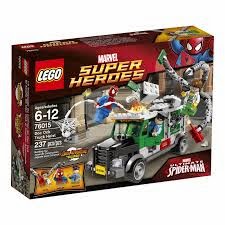 The notion of this is a boy’s toy and this is a girl’s toy is something that has been around for ages and that is in part what is most likely driving the decision to not put the “girl’s”Â  Lego sets on the Lego aisle at these stores because for as long as I can remember, public perception of Lego has been this is a boy’s toy. Â  I know of a lot of female Adult Fans of Lego (AFOL’S)Â  that would dispute that but again, if these princess sets are made by Lego, shouldn’t they be allowed to sit on the aisle that houses the bricks. Â  I would think so and if a store were willing to take aÂ  set like Rapunzel’sÂ  TowerÂ  orÂ  one of the Ariel sets and put it on the Lego aisleÂ  nextÂ  toÂ  a Batman or Simpsons Lego set,Â  I think that could send the message that these are just toys and gender should not matter.Â  If I ran a toy store,Â  that is what I would do. 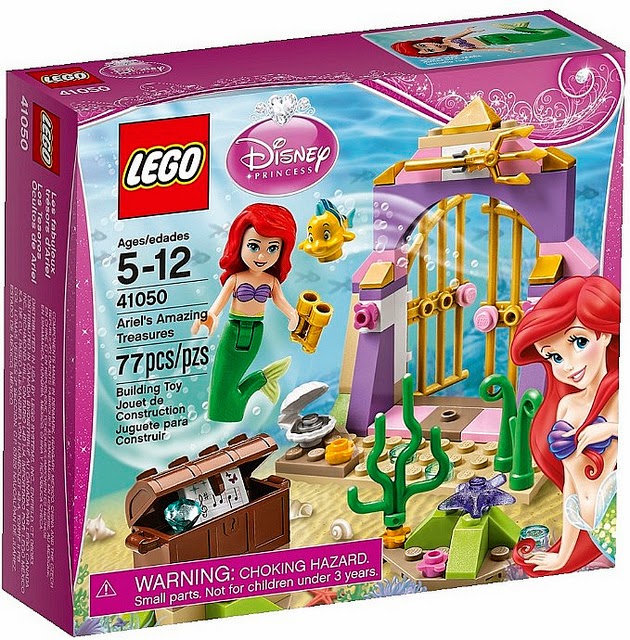 Now,Â  I don’tÂ  knowÂ  if that would actually work but I just think that we shouldn’t separate toys like this and my first thought was maybe the coloring on the boxes for the sets should be unisex as it is clear that the boxes are using the colors that known to attract the gender most. With the princess sets,Â  the boxes use the pinks and purples but the more I thought about it,Â  that isn’t the issue. I truly think that the issue here is that stores should not be making a divide with the toys like this as it is instilling the notion that is a “boy’s toy” and this is a “girl’s toy”Â  That is something as society that I feel we need to get over. A toy is a toy is a toy. Yes, they may be designed to appeal to a boy or girl but if a boy wants to buy a Tangled or Little Mermaid,Â  why shouldn’t he be allowed to and by placing them on the “pink aisle”, that most likely would make a boy feel awkward about wanting a set like this. Something we need to stop doing.Â  We need to stop making children feel like they are freaks for wanting a toy that is supposedly meant for the opposite gender.Â  A great example,Â  just this week, Â  McDonald’sÂ  started releasing My Little Pony toys with their Happy Meals andÂ  I’ve heard of some young boys that wanted them and I see nothing wrong with that.

Though, they do still fall into the trap of this is a “girl’s toy” by offering a boy’s toy as well but they aren’t turning away young boys and Bronies too that want these toys.Â  At the end of the day,Â  I just find it absurd that the “girl’s”Â  can’t be on the same aisle as there the other Lego sets.Â  Y’know going back to what I was saying about my trip to The Lego Store that inspired this, that is really the only place, I actually saw a princess set next to a supposed boy set as right next to the Tangled Lego set was a Batman set. Which I realize goes against what this entire article is about but again that appeared to be the exception. Â  Why can’t more stores do this?Â  What are your thoughts on this? Let me know in the comments.Â  Peace.