A Look at Disney: Why Does Anna Want To Build A Snowman? 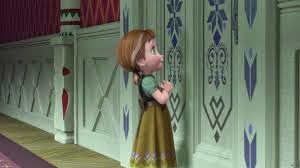 Hello & welcome back to A Look at Disney. Â Last week on my Princess Songs Music Fridays, The Second Opinion left a comment regarding the song, “Do You Want To Build A Snowman?” that made me think.

And on the other hand, I suppose Do You Want to Build a Snowman wasn’t the greatest montage either. (It starts out fine, but it runs its tagline into the ground. Who asks their sister if she wants to build a snowman to mourn their dead parents?)

The part Â that really stood out to me here was his last question.

Â Who asks their sister if she wants to build a snowman to mourn their dead parents?

I answered this a little bit in my response to his comment but I want to take it further and for the sake of this article, I am only going to focus on Anna Â and I am going to break this down by age just as the song did. Â  With that out of the way, let’s begin. Â We start the song with five year old Anna.

5-Year-Old Anna: (giggles) Elsa? (knocks)
Do you want to build a snowman?
Come on, let’s go and play!
I never see you anymore
Come out the door
It’s like you’ve gone away!
We used to be best buddies
And now we’re not
I wish you would tell me why!

Even at a young age, you get the sense from Anna that something is wrong and she just wants to spend time with her big sister but she doesn’t know why Elsa is freezing her out. Â Take these two lines for example.

We used to be best buddies
And now we’re not

Anna can already see that something is changing and the idea that Anna wants more with Elsa Â is Â reinforced by the dolls, she is playing with as they are dolls of her and Elsa.

All through Anna’s youth, you get the sense that she is lonely and that doesn’t change as she’s get older. Â  Because as we go to 9 year old Anna.

Do you want to build a snowman?
Or ride our bike around the halls?
I think some company is overdue,
I’ve started talking to the pictures on the walls!
(Hang in there, Joan.)
It gets a little lonely,
All these empty rooms,
Just watching the hours tick by…

The idea of Anna feeling secluded and on her own is again reinforced here.

It gets a little lonely,
All these empty rooms,

This shot Â is showing Â that Anna feels alone and as though, there is no one there for her. Â She’s had to fend for herself and find ways to entertain herself because of her parents keeping Elsa away from her. Speaking of which, this all brings us back to where we started.

Â Who asks their sister if she wants to build a snowman to mourn their dead parents?

The answer lies in that Anna didn’t care if they built a snowman. Â  She just needed support from her big sister after her parents passed away.

15-Year-Old Anna: (knocks) Elsa?
Please, I know you’re in there
People are asking where you’ve been
They say, “have courage” and I’m trying to
I’m right out here for you,
Just let me in
We only have each other,
It’s just you and me
What are we gonna do?
Do you want to build a snowman? (sighs)

Anna was just trying to use something from their childhood to get Elsa to open up and to be there for her. Â She was scared and didn’t know what to do after their parents died. Â Which is reflected in this line.

They say, “have courage” and I’m trying to

Anna is trying to be strong but she doesn’t know how to be strong. Â Just as she says that she’s there for Elsa, Â she needed Elsa to be there for her. This reminds me of a piece of fan art that I saw around the time, the movie came out. 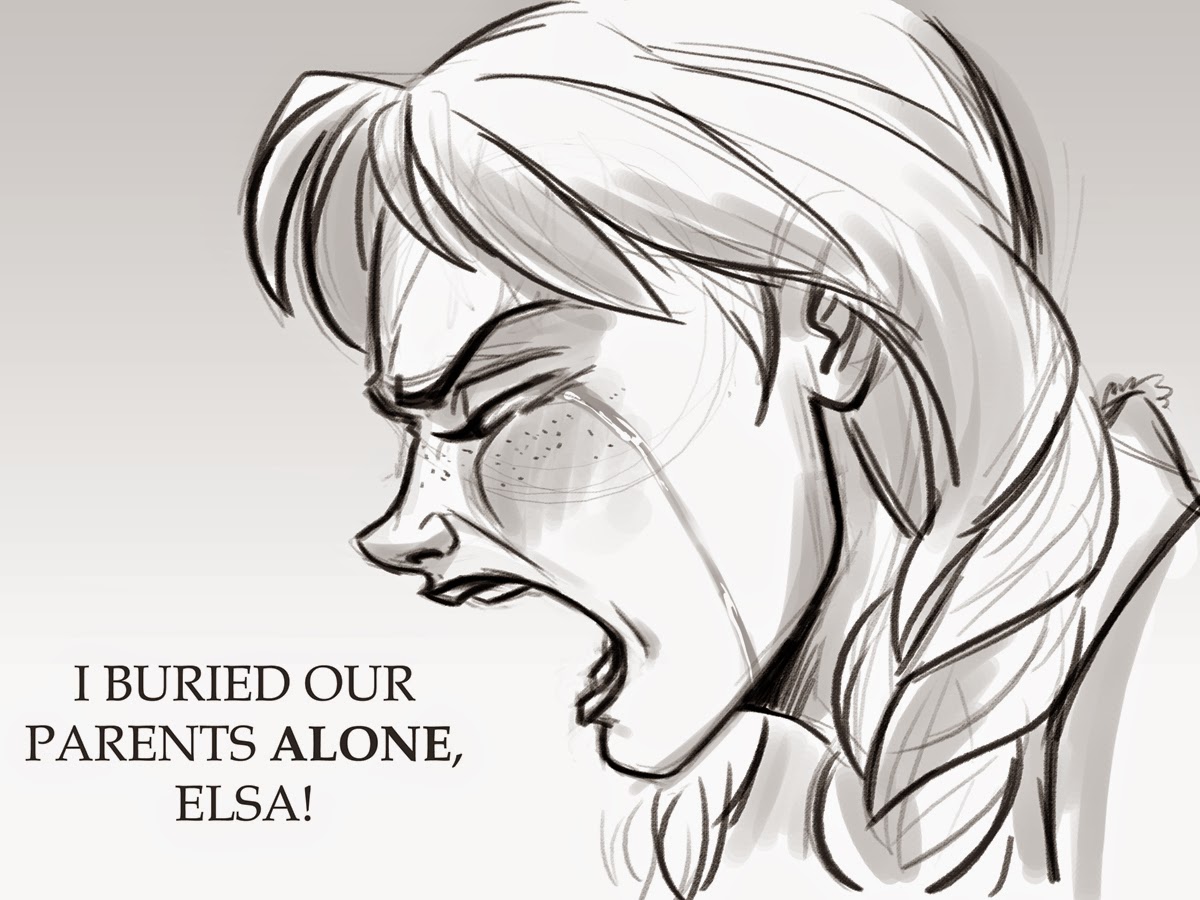 Honestly, Â I wouldn’t be surprised if that is too far off from how Anna felt. Â  Some of you may be thinking that picture is too hard on Elsa and yeah, maybe a bit. Â And Â I am not trying to discredit Elsa’s feelings because of everything that she went through and I do understand that she didn’t know how to be there for Anna. Â But that doesn’t change the fact that while Anna was there for Elsa, Anna had no moral support in her time of grieving. Both of the girls dealt with pain but in different ways.

And so, when Anna asks Â Elsa one last if she wanted to build a snowman. Â It had nothing to do with actually building a snowman but rather, Anna asking Elsa to be there for her. Â  Anna needed someone and the only person she had was Elsa.

We only have each other,
It’s just you and me

She needed support from Elsa, which wasn’t getting. And that is why Anna asked Elsa, if she wanted to build a snowman to mourn their dead parents. Â  She was latching onto something from their childhood in the hopes that Elsa would be there for her.

What are your thoughts on this? Let me know in the comments! Â And do you want to build a snowman?