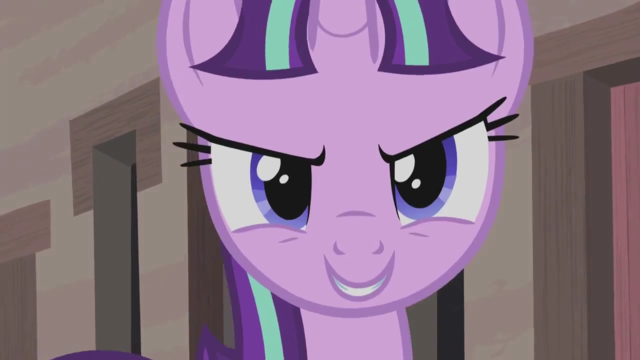 Hello & welcome back to Trotting Through Life. Â  Well, Season 5 has started and Â instead Â of doing an episode review, I want to focus on the main antagonist of the season 5 premiere. Â Starlight Glimmer. Â  I had not been anticipating a villain’s debut this much since The Dazzlings but unlike those three who were ultimately disappointing, Starlight Glimmer lived up to my expectations as she is a different type of villain for this series. Â I think someone put it best, when they said she is the Amon (Legend of Korra Book 1 Villain) of MLP. 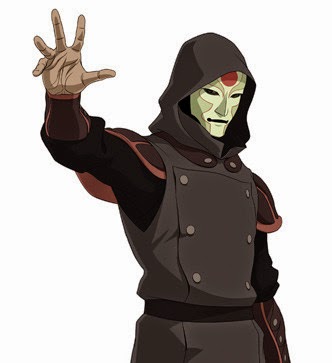 And this extends beyond that Â just as how Amon is able to remove bending, Â Starlight Glimmer has the ability to remove cutie marks. Â  Now, the only other villain we’ve seen do that is Lord Tierk but unlike him, Starlight was able to convince ponies to willingly give up their cutie marks as she convinced them that they could live a better life if they were all equal because cutie marks could bring fighting bitterness. Â  But just as how Amon lied to his followers about not being a bender. Starlight lied to the ponies of her village because she never gave up her cutie mark. By the way, Flutters discovers this as she is that one that sets in motion saving the day as the girls volunteer her to trick the ponies of this unnamed village that she has accepted their ways. 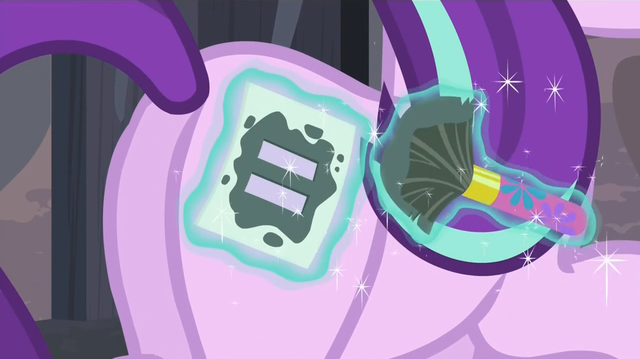 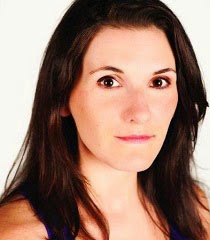 Apparently, Miss Sheridan Â has voiced others for ponies for the My Little Pony franchise going by her Behind The Voice Actors page but here as Starlight Glimmer, she is truly terrifying and evil Â in a way that’s different from other villains like say Tierk or Discord because other than just her basic unicorn magic, she has to rely on manipulation to trick her “followers”.


We first meet Starlight Glimmer as Â Twilight is taken to this unnamed village via her brand new Cutie Map as she now the mission to spread the word of friendship and help other ponies. 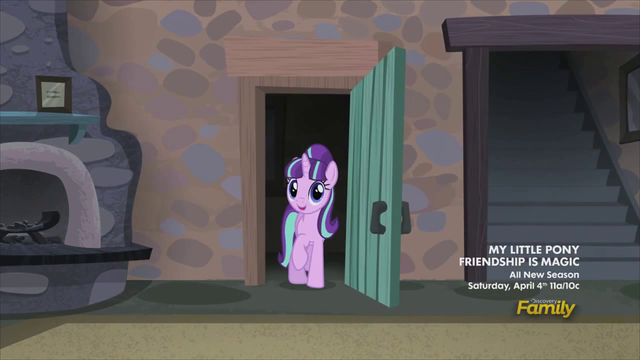 Pinkie Pie: I don’t like it. I don’t like it one bit. I know smiles. And those smiles? They’re just not right.
Twilight Sparkle: Forget the smiles. Look at the cutie marks.
Rainbow Dash: Okay,Â that’sÂ weird.

That was in reference to how all of the cutie marks in this unnamed village are basically equal signs. 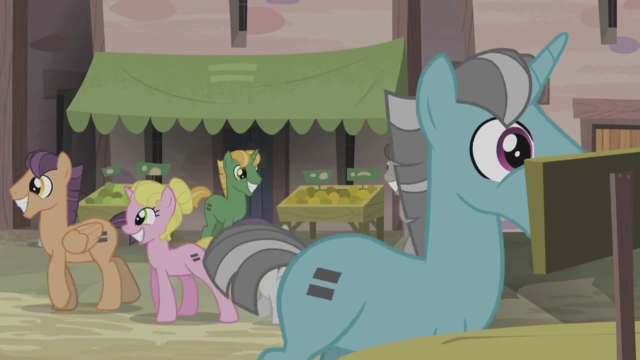 And also Â Pinkie is so right, those smiles are so painted on. Â  They are hiding misery and these ponies save for three don’t even know what they’re missing because they were convinced to give up their cutie marks. 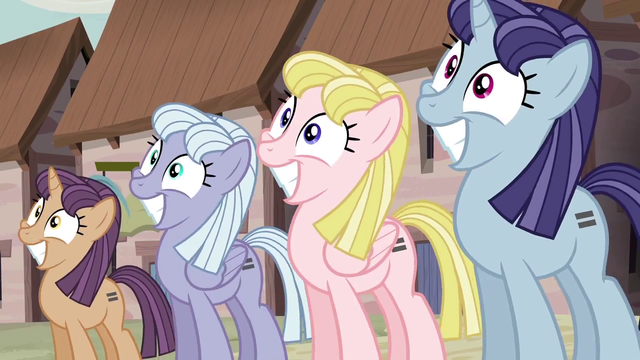 
Starlight Glimmer is an odd case in terms of personality because while everything about her rings false especially after this reveal.

There is a hint that she actually buys into her philosophy and thinks that ponies would be happier without their cutie marks. Even with this line in the second part of the premiere.

Â I gave these ponies real friendships they never could have had otherwise!

While she wasn’t willing to practice what she preached, she did think that other ponies would be happier, if they all lived in an equal state. Heck, Â she even had Â messages of equalization Â spread over a speaker phone in this unnamed village.

Â In sameness, there is peace. Exceptionalism is a lie. Free yourself from your cutie mark. Choose equality as your special talent.
To excel is to fail.
Â Be your best, by never being your best.

One has to wonder what led Starlight down this path and Â in many ways with how she had been spreading her false message, Â she gives me a Mother Gothel vibe in that she seemed to have bought into her lie.


While the reveal of Starlight Glimmer not giving up her cutie mark was obvious and you could see it coming a mile away, it also threw a wrench into what I thought her grand desire was. But the more I thought about it, I realized that at the end of the day, I do think that she truly wanted equality with ponies and I do believe that she thought she was going about it in the best possible way. Â  Starlight truly thought she was doing something to better ponykind. One of the big things that she was truly intent on throughout the episode was getting Twilight to give up her cutie mark.

Well, this will certainly provide a boost to our little community. When the rest of Equestria sees that a princess gave up her cutie mark to join us, they’ll finally understand what we’re trying to accomplish.

Starlight seemed to think that if other ponies saw that a princess gave up her cutie mark, it would make her philosophy more sound and that others would start to follow her ways.

This song continues the trend of being creepy. Â It’s layered because while it sounds happy, the more you listen to it, the more you realize how false it is. It’s an evil message hidden under a happy tune trying to lure ponies in with false promises.

I could say that manipulating ponies into willingly giving up their cutie marks but I’d actually say that forcefully taking the Mane 6’s cutie marks and locking them in her cutie mark vault, which was just a hike away from the unnamed village. 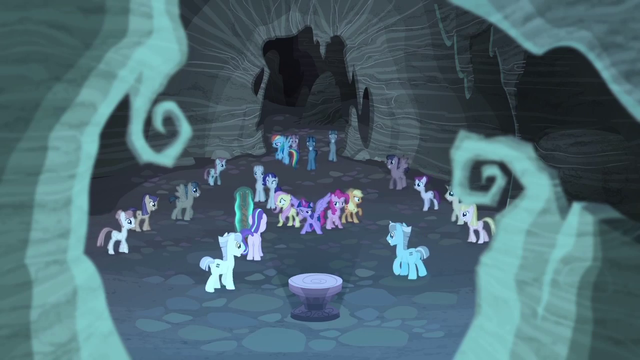 The episode ended in a big chase as the ponies of this village got their cutie marks back and Starlight Glimmer tried to make her escape with the cutie marks of the Mane 6. 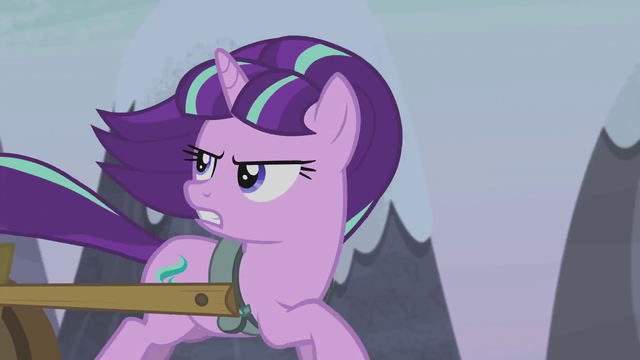 But Â thankfully, the girls got their cutie marks back but Starlight seemed to just disappear. Â At first, I was upset because it seemed as though the show was just letting her go. Which annoyed me because I really think that she should pay for crimes but then I saw it suggested that she may return in a future episode and I hope so because I think she could make for a fascinating return villain.

Is Starlight Glimmer A Good Villain?

I’d say overall that yes she is. Â  Â Starlight Glimmer is one of the most interesting villains that has been introduced into the world of MLP because her desire is so different from what we have seen from other villains. I honestly think that she is up there as one of the most truly evil and terrifying villains that we’ve ever seen in Equestira. Â  Starlight Glimmer is one villain that I do hope that we see more of in the future because knowing that the overall theme of season five is Cutie Mark Magic, Â there is a lot that can be done with a villain that tricked ponies into willingly giving up their cutie marks. Â Honestly, Â Starlight Glimmer is probably going to make it onto my list of favorite MLP villains. Â  She’s already knocked Tierk down a peg as I think she is far more interesting than he was because while Tierk Â is cool Â and evil for evil done right, Â I just Â feel like there is more to Starlight Glimmer.

I hope you’ve enjoyed my look at the newest MLP villain. Let me know your thoughts on her, if you’ve seen the episode down below. Peace!