Before there was Manic-Expression.com, there was Manic Expression: A Collection. This three volume collection of short stories was published in 2008, before I had ever written a single blog or thought about running a website. The books didnâ€™t do well. The publisher turned out to be incompetent when it came to advertising and marketing (the one television interview I did to promote the books was one I booked myself). Couple that with them charging upwards of $40 per book and youâ€™ve got a recipe for disaster. Fortunately for me, I held on to the copyright.

Now, nearly seven years after the books publication, Iâ€™m pleased to announce that itâ€™ll be getting a new life as an e-book, available here in our Manic Expression store. All three volumes have been collected into one and sold for the much more reasonable price of $4.99. The book features a new cover by Taylor Wyatt, character designs, and two news stories – adaptations of the Podcast Plays Vows and Another Time.

Not only are all three volumes of Manic Expression collected into one, but the now 36 stories have been re-arranged into six categories. To give you some idea of what youâ€™d be buying, Iâ€™ll be posting these plot summary blogs of each section. This is Book I of the new collection, entitled Reflections.

Bloodshot
Many of you know this as my second Podcast Play and the film that finally drove me out of Hollywood. The story concerns a young married couple, Will and Megan Stevenson, who are living in poverty with their newborn baby girl, Joy. Will works at a job he hates while Megan stays at home, crippled by panic attacks. Into each of their unhappy lives comes a stranger offering escape. For Megan it is the mysterious Smoke, who pushes her deeper into her mental instability. For Will it is the seductive Cindy, who offers him the chance to fade out of existence entirely.

Lapdog Destiny
This surreal thriller is about a shy young man named Charlie Edwards who discovers he has the ability to shape shift into anyone he wants. Determined to get revenge on the parents who never loved him and the friends who abandoned him, Charlie gives into to a bloodlust that can only be satiated when he meets a girl just as shy and kind as he once was.

Faded
This light romantic comedy revolves around Gabby Vasquez, a Hollywood screenwriter who specializes in Michael Bay style movies. When she returns to her hometown for her high school reunion she runs into Matt Stamper, a once promising writer who inspired her and has since fallen on hard times. Taking in Matt and his son to give him the chance to achieve his dreams, Gabby is once again inspired to try her hand at writing something meaningful herself.

Debt
Frank Crews, a single father living paycheck to paycheck, is approached by a representative for his creditors with an offer: If he murders a man for them, all of his debt will be wiped away. If he doesnâ€™t, theyâ€™ll take him to court and financially destroy him.

Pine Avenue
Peter Collins is a stay-at-home dad in his mid-thirties who once dreamed of being a rock star. One day he sees a young girl at his daughters high school who reminds him of his past, while his attraction for her threatens his future.

Keeping Out The Real World
This final story in Book I tells of how a young Will, Peter, Frank and Matt spent a wild weekend out of town when nineteen, focusing on an afternoon in a hotel room where they got stoned and tried to figure out the meaning of life. 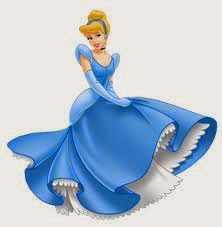