It Came From the Drive In: Rock ‘n’ Roll High School

Back in the days of the â€˜80s, the punk rock scene was in full swing and at the top of it was a little band called The Ramones. They were one of the biggest bands to emerge into the world of music from the CBGB scene and have always been a staple of Punk Music. Sometime around 1979, they eventually became involved with a modern teen film made by Roger Corman that was made to showcase the music made at the time of the filmâ€™s original release and became replacements for Cheap Trick which eventually became a Cult Classic over the years and is known as Rock â€˜nâ€™ Roll High School. Vince Lombardi High School gets a new principal who is rather uptight about how the entire student body is obsessed with the Ramones and she decides that command of the school in her own way and decides to abolish any trace of Rock Music at the school while one student, Riff Randel, decides to fight back against her ways while trying to get the Ramones her songs she wrote from them.

The overall plot of the film is basically a 90 minute long version of the music video for Twisted Sister’s “I Wanna Rock”. It had the basic premise and had the same results as the video when the teacher tries to stop the band and students, except Neidermeyer isn’t the teacher in this one.

Most of the characters in the film are rather generic. Riff Randle is a mixture of a preppy student and a valley girl that is most likely to fill in the main character spot for the film. Her friend Katie Ranbow is basically a stereotypical smart girl who occasionally helps Riff. There’s also a Football player who wants Katie, a Student who sets up students on dates through his own company in the men’s room and a bunch of other generic high school characters.

The Principal character is basically a standard villain who thinks that all Rock is evil, regardless of the artist. She had her own set of henchmen who are dressed up like boy scouts and all she did was try to get everyone on her side to get rid of rock music, whether through her means, the henchmen, or the local police. She basically came off as a mixture of Jeff from Rock, It’s Your Decision and the Teacher from the “I Wanna Rock” music video. (Except she didn’t overact as much as he did.)

Of course with a film being about the Ramones, they pop up half way into the film. 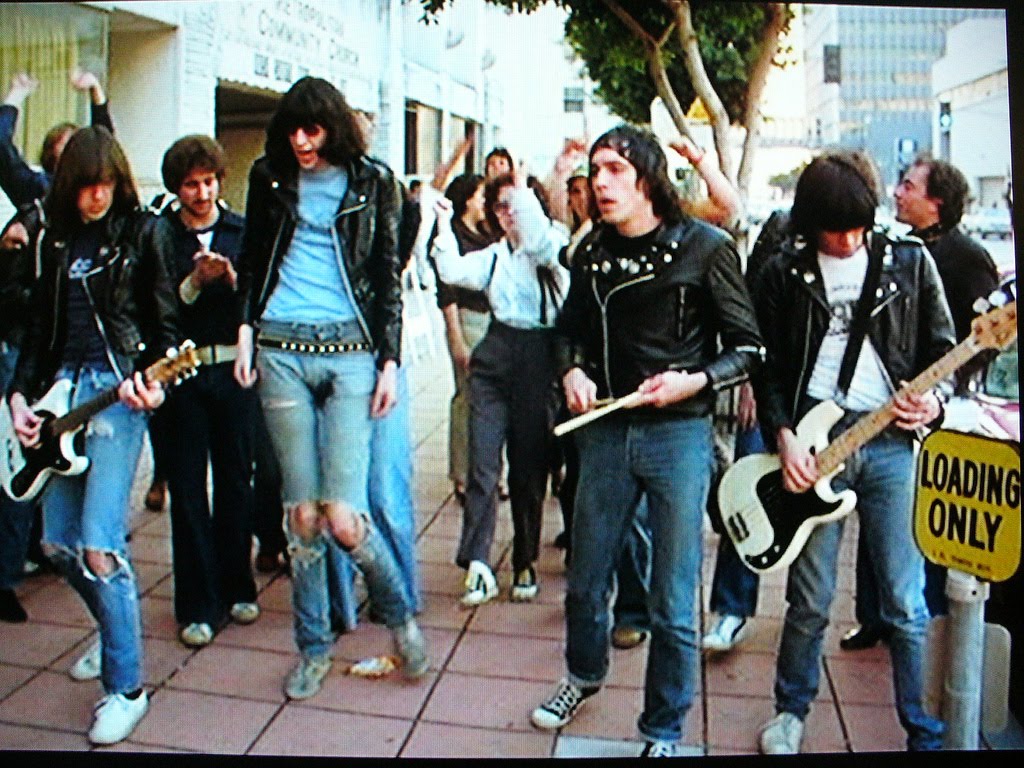 At first, they show up just for the concert that they play, but they eventually meet Riff and become involved with their plans to take down the Principal. They don’t say much in there scenes but they do perform their songs everywhere they go. So at least you get hear some awesome songs whenever they appear.

One thing that always popped up in the film was Mice. 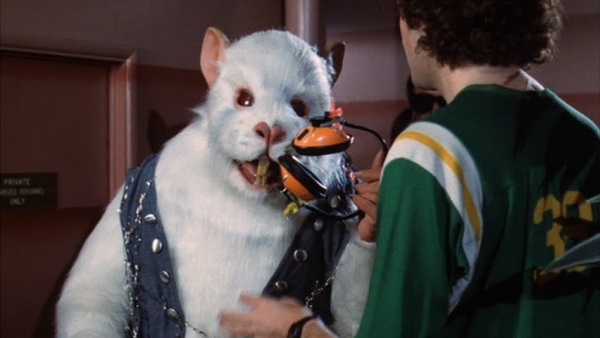 The Principal did a “Test” on a mouse which studied how The Ramones apparently have an effect on it and the poor thing explodes when she plays their music on full blast, but apparently the mice are okay when they are given headphones.Â They have another mouse that shows up at the Ramones concert in the film and is allowed in with a pair of headphones. Plus there’s a “Mother” mouse who’s in the film near the end when *MINOR SPOILERS* the students take over the school.

Personally, I think it was a rather weird addition to the film to have Mice added in as characters, but the test in the beginning seemed a bit reasonable since it would probably be a bad idea if they used a student.

As I mentioned with the film being about the Ramones, you’re bound to get a great soundtrack, and that’s exactly the case for the film. You occasionally get some other songs like “School’s Out”, “Smokin’ in the Boys Room”, and some Brian Eno songs thrown in with the Ramones which definitely makes the soundtrack one of the better aspects of the film.

Final Thoughts: I liked it. Although it came off as a 90 minute film adaptation of the music videos “I Wanna Rock” or “Another Brick in the Wall”, I still got some enjoyment out of it. Surprisingly, I found it to be one of the more enjoyable Corman films.