Trotting Through The Snow: How Discord Stole Hearth’s Warming 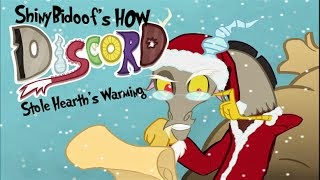 Hello & welcome back to Trotting Through The Snow. And y’know I realized that I haven’t really talked about Discord. I don’t have anything against the guy. At most, I’m indifferent to him. He’s a fine character but not one of my favorites but I do love his interactions with Flutters. Anyways, I have found a way to rectify to the lack of Discord with this new fanfic/audio drama, How Discord Stole Hearth’s Warming. You can deduce from the title that this is a take on How The Grinch Stole Christmas. 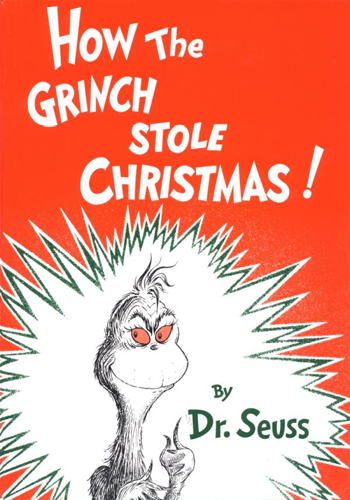 It’s quite good and from what I saw a lot of fans were really intrigued by this because so many of them thought that Discord would be perfect in this role and he was.

The narration was quite good and felt as though it was Boris Karloff doing the narration. I quite enjoyed it and it was so good.

There really isn’t much need to go over the plot here. It’s a straightforward adaption of the Grinch just replace the Grinch with Discord, Whoville with Ponyvillie, and Cindy Lou Who with Sweetie Belle and Christmas with Hearth’s Warming. Other than those changes to make it fit into the world of MLP, it is a faithful Grinch adaption done in rhyme. You learn that Discord hates Hearth’s Warming and complains about things such as the noise, noise. So yeah, it’s pretty good with slight touches to make it fit in this new world such as Discord teleporting into Rarity’s boutique instead of going down a chimney. But he still learns his lesson and his heart does grow three sizes that day.

This voice actor did quite an amazing job copying John de Lancie’s Discord and I swear at times, it was de Lancie voicing Discord here. Hmm, there’s an idea. Get John de Lancie to read “How The Grinch Stole Christmas”,

Sweetie Belle only had one line and I did at first think that it was odd to have her be the Cindy Lou Who stand in but out of the three CMC, she does seem to make the most sense as Scootaloo wouldn’t fall for Discord’s trick so easily and Apple Bloom would also most likely question it too. Sweetie Belle does seem to be the most gullible and so that does make sense and the actress playing Sweetie Belle did a good job with her one line.

This review was a bit shorter than I intended but there really isn’t a whole lot to say here. It’s a really good take on a holiday classic that is fun for MLP fans and it’s short and quick to digest. If you are looking for something fun to listen to, this Christmas check this out. Join me tomorrow, when I take a look at some of my favorite Disney Christmas songs.