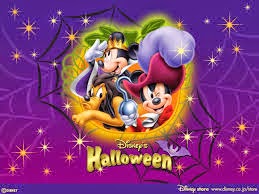 Hello & welcome back to the Halloween celebration here on A Look at Disney. Disney is not above putting moments in their films as that are creepy such as the infamous donkey scene from Pinocchio, which remains my number one creepiest Disney moment ever. But sometimes, it isn’t the villain that scares you as plenty of scares from Disney movies can be villain free and that is what we are counting down today, the top 6 creepiest moments that are free of any villains.Â  For a clearer definition on what this list will entail, no villain can appear in any of these moments.Â  These moments have to either feature a good character going through or experiencing something creepy or a character that is a good character causing the scares.Â Â  With that out of the way, let’s begin. 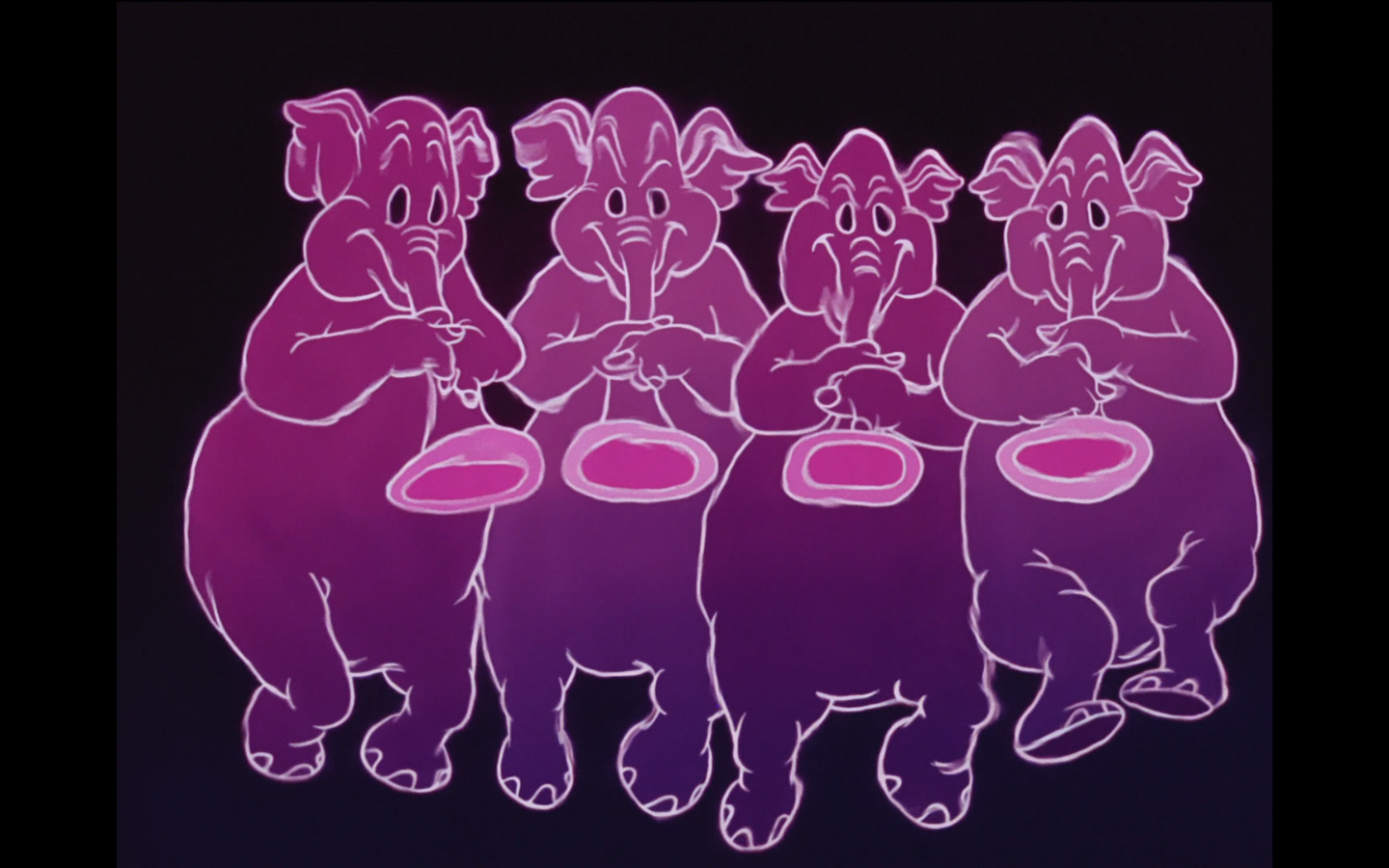 We start with one of the most famous creepy moments from Disney, “Pink Elephants On Parade”. Now I went back and forth on whether or not to pair this with “Heffalumps & Woozles” but I decided not to as this sequence in my opinion is much creepier than that. Due to how minimal this scene is. Something about the black background and the visuals just being shadows is quite creepy and also this is nightmare fuel. 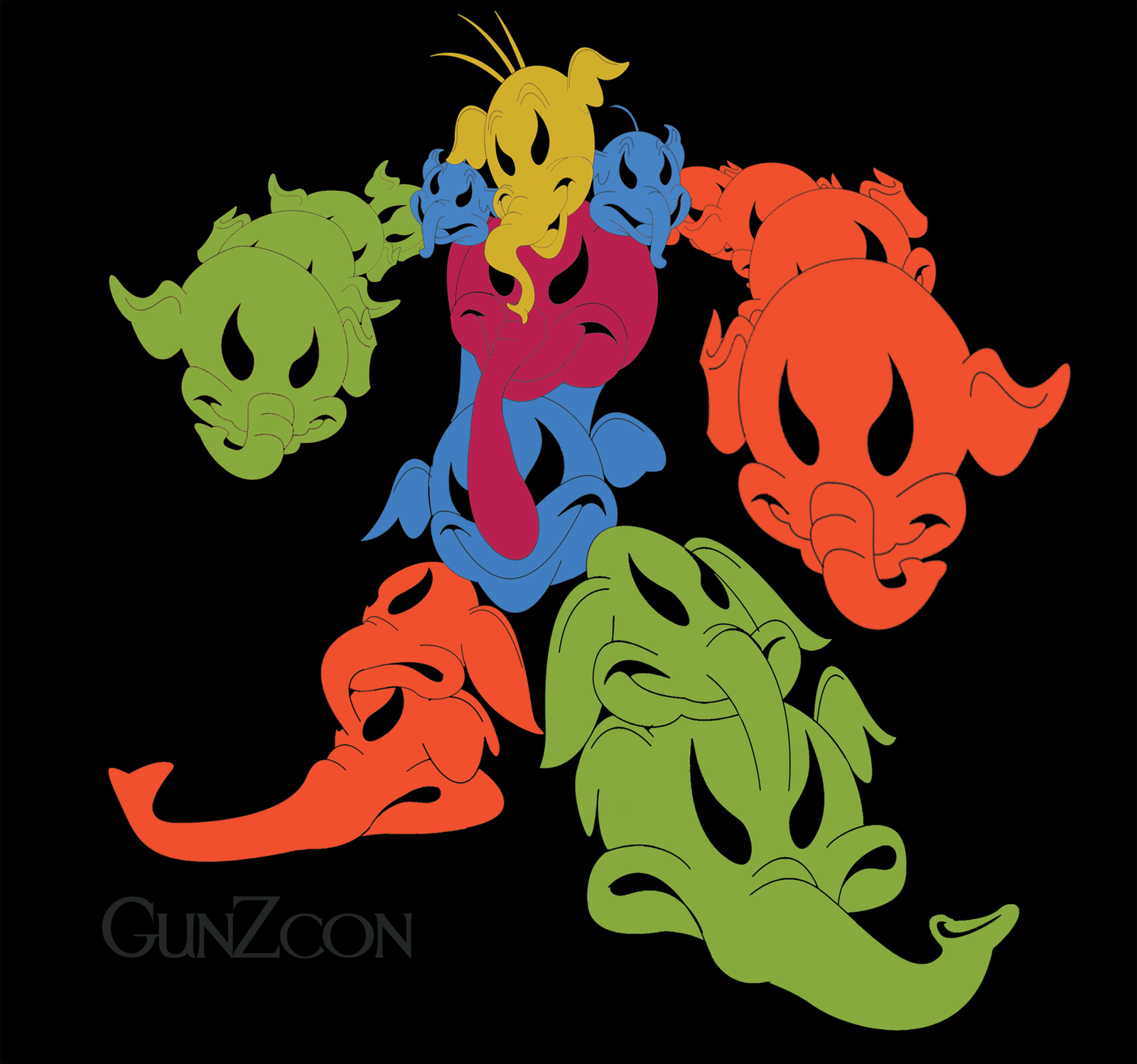 Yeah, that is one of the weirdest things ever to come from a Disney movie. 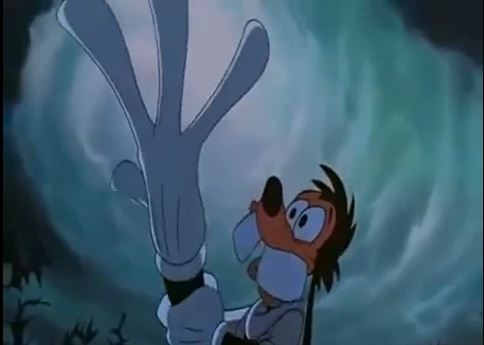 Coming in at # 5 is the opening of one of my favorite ’90s movies, “A Goofy Movie”. It’s a dream sequence of Max’s. Starts out innocent enough with him having a good time with Roxanne until he turns into the most horrifying thing imaginable to a teenager. 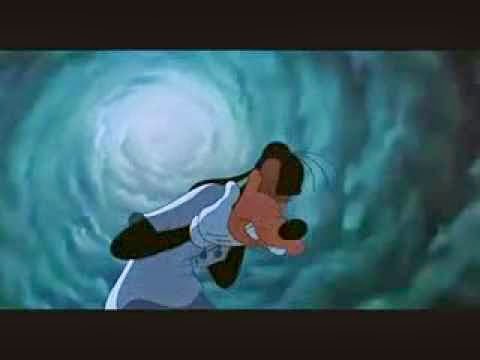 His father. Duh Duh. Now, sure looking back on this scene as an adult, it’s pretty silly but I will admit that as a kid, this was the one time, I actually found Goofy to be scary. Everything about this sequence and how it goes from a pleasant and romantic dream and then suddenly the light and atmosphere changes and it becomes very dark and you get this Jekyll/Hyde transformation of Max turning into Goofy. Just everything about this transformation from Max suddenly growing taller and and his clothes ripping to even yes, the laugh made a younger me squirm a little bit. This scene as I mentioned in hindsight is actually funny but I’d be lying if I didn’t say that I found this scene just a tad creepy. Everything about just sent shivers down my spine and what a way to open a movie titled “A Goofy Movie”. I don’t thin families back in 1995 were expecting a movie about Goofy to open with a transformation sequence quite like this. 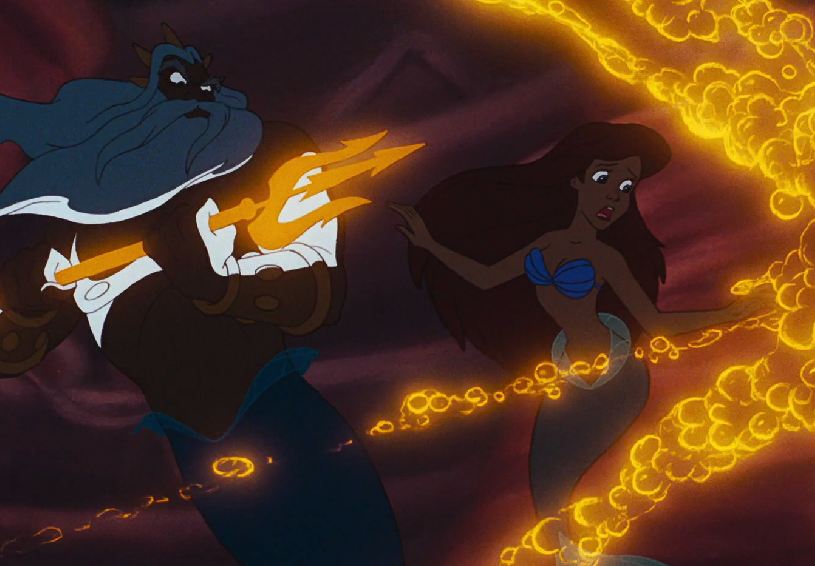 When I originally came up with this list, this was my number 1 as I remember it scaring the tar out of me as a kid but as I watched the clips that I considered for this list, it fell to fourth place and I will be honest and say that this scene scared me more than Ursula (well, until she turned into a giant). Everything from Triton losing his temper after Ariel admits her love for Eric to shades of red and the scowl on his face, just tell you that he means business. Yeah, everything about this scene is just ugh, creepy. It just shows what happens when people lose control and let their anger take over and become monsters. Speaking of which.

3. The Beast Discovers Maurice – Beauty and The Beast 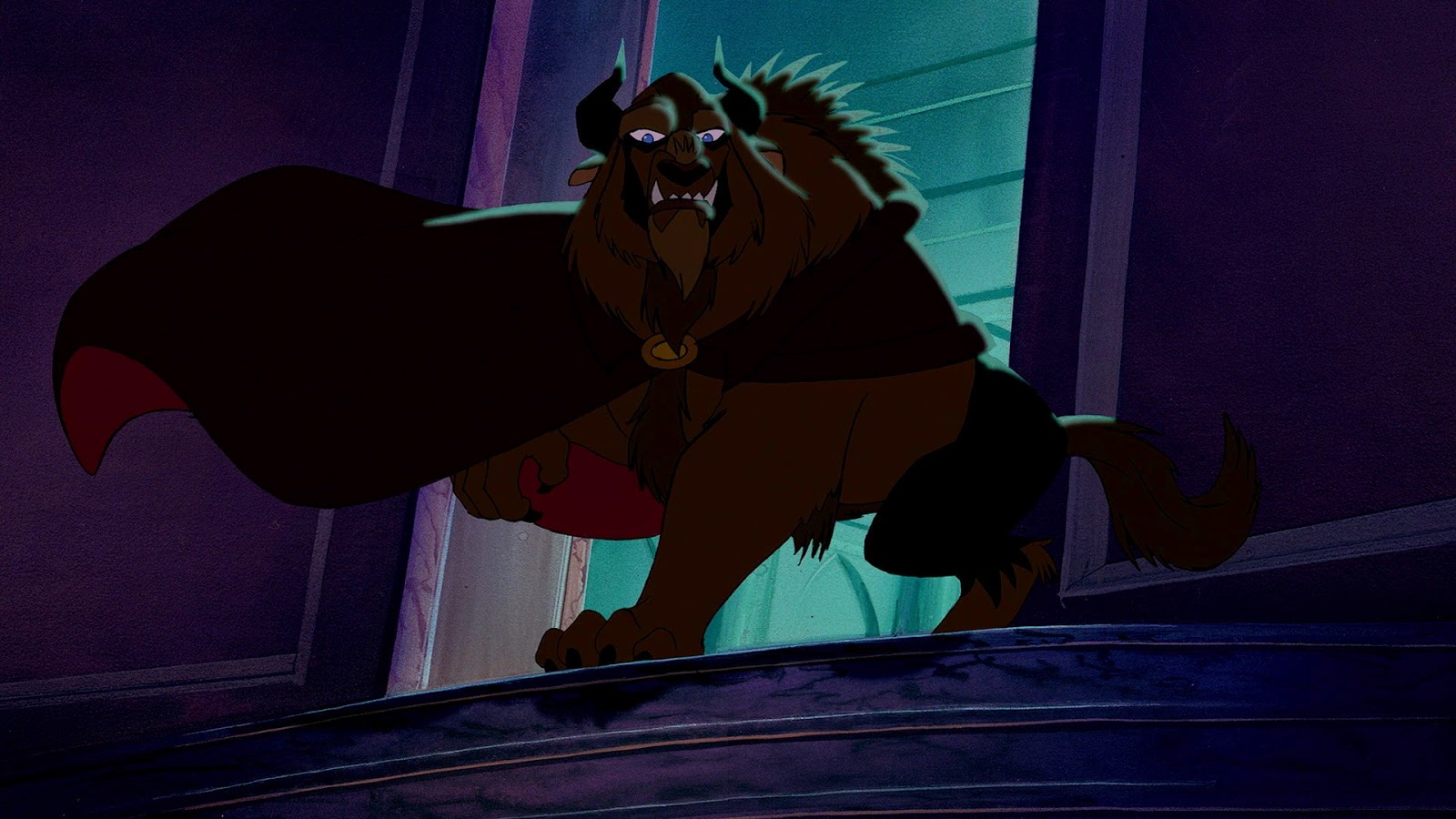 Okay, yeah this scene still scares me. Not gonna lie, The Beast is really creepy here. And to think, this is the same character that went on to dance this classic number. 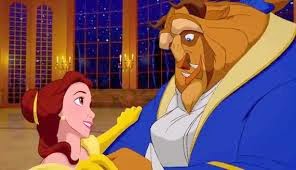 Man, talk about progression but this scene. Ooh, it’s his roar that does it for me. That roar is just so hard to explain but pair that with his monstrous look and how we first see him only in the shadows. I find it surprising that the movie was able to make the Beast so likable after this scene. I just have to wonder how many young kids were scarred by this scene and took quite a while to warm to the Beast and see him as this. 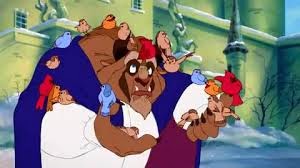 I imagine that took some work. 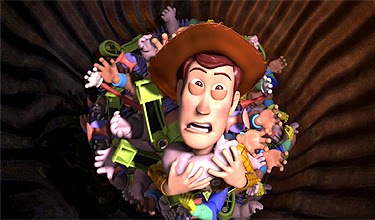 Coming in at # 2, we have our second nightmare scene. Now, just like the nightmare sequence from “A Goofy Movie”, it starts out innocently enough but unlike that scene, it doesn’t waste any time to get to the scares. And the two biggest things that make this scene so creepy for me are Andy’s line delivery as you just know that Andy doesn’t care about Woody anymore as there is no emotion i his lines and the final shot of Woody in the trash can of broken toys being pulled into oblivion to never be seen again. That just works so well as you see the fear on Woody’s face and you just want to help him but it’s too late for Woody or so it seems. Thankfully, this was just a nightmare but jeeze, if it wasn’t creepy. 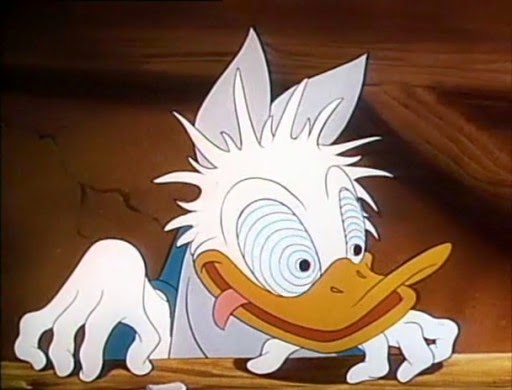 Another classic that I had to include on this list. Gotta give it to Clarence Nash as he really sold Donald losing it here. The thing I find most fascinating with this scene is that we are used to seeing Donald lose his temper as that is nothing new but this scene does something completely different and just shows how desperate he was just to eat that it drove him mad. Just look at his eyes there. And then with the axe, it’s as if he has become someone else. 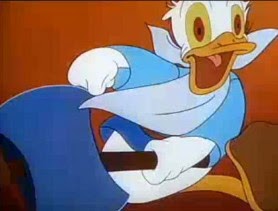 The scariest things about this scene are A. it’s Donald Duck, a character the audience knows outside of this short and seeing him go mad like this is just quite frankly something you don’t think you’d ever see. And secondly, how realistic it is. Because the situation that Donald faced in this scene is something people could go through. Being so hungry ad so desperate that it drives them crazy and they forget who they are.

There, you have it. My Top 6 Creepy Moments that do not involve villains.Â  This listÂ  just goes to show that sometimes the characters we love and know are good will face moments of fear or worse yet, they can cause the scares.Â  What are some Disney moments that scared you as a kid? Let me know in the comments. Join me tomorrow as we explore what happens in Danville during the… 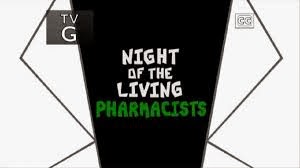