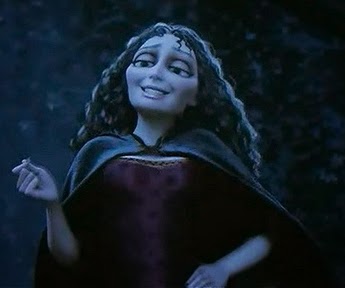 Hello & welcome back to A Look at Disney and today, we continue our Villains Profile, where we are taking a look at the 4 newest Disney Villains. Last week, we looked at Dr. Facilier from The Princess and the Frog. Today, we are taking a look at the villain of my favorite of these 4 films. Mother Gothel. Again, this’ll include Voice Actress, Entrance, Personality, Grand Desire, Lackey, Villain Song, Most Evil Deed, Demise, & Are They A Good Villain. With that out of the way, let’s begin and see if Mother does indeed know best. 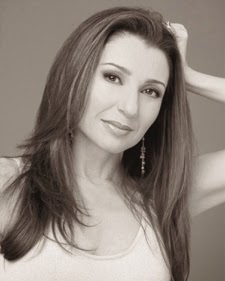 I’ll be honest and say that I never gave much thought to Donna Murphy’s portrayal of Mother Gothel. I will say though that she does an excellent job with the role and making you feel that even though, she had been using Rapunzel to remain young and beautiful, she had been telling her “daughter”, these lies for so long that to her, they are the truth.

We first see Mother Gothel as an old lady using the flower, which has a drop from the sun in it, that she can use to remain young & beautiful. 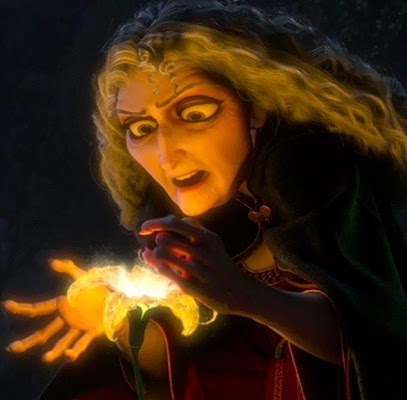 This is when we get our first hint of what Mother Gothel is really like as she wants to hog the flower’s magic to herself, even going so far as stealing the young princess, after the flower had been mashed up into a medicine to help heal the queen of Corona.

Mother Gothel continues the trend of being an evil parent. A common trope that we’ve seen with Disney villains but the difference with her is that she was only pretending to be Rapunzel’s mother for 18 years. The DisneyWiki states that she is overprotective and when you look at it, she shelters Rapunzel because she doesn’t want anyone else know of the power in Rapunzel’s hair. Rapunzel even calls her out on this in their confrontation after Mother Gothel takes her back to the tower.

Rapunzel: Rapunzel: I am the lost princess, aren’t I?… Did I mumble, Mother? Or should I even call you that?

Rapunzel: Rapunzel: It was you! It was all you!

Mother Gothel: Everything that I did was to protect… YOU.

[Rapunzel pushes past her]

Rapunzel: [walking down the stairs] I’ve spent my entire life hiding from people who would use me for my powers?

Rapunzel: Rapunzel: I should have been hiding… from YOU!

Besides, this though, you also get the sense that she’s arrogant and only truly cares about herself and will put Rapunzel down at any moment. I mean, we see that in the beginning of the film with the mirror scene. 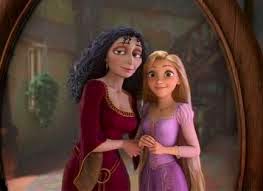 And going back to the overprotective angle. This also ties into her selfishness and we see how much she loses it, when she discovers that Rapunzel has left the tower and finds the crown in the tower. Knowing that if she doesn’t get Rapunzel back, her time could be up and again, this shows how far she is willing to go to keep Rapunzel to herself. And it gets worse and out of control in the end, in the climax as she goes from treating Rapunzel as her “daughter” to a prisoner, going so far as to chain her up.

This is easy, Mother Gothel’s grand desire to remain young and beautiful. I think Donna Murphy summed it up best with this quote from an interview from CinemaBlend.

And as stated above, Mother Gothel will go to any means necessary to insure that she gets what she wants.

What’s interesting with The Stabbington Brothers is that while they are listed as lackeys or minions to Mother Gothel, I would actually argue that it is more of a equal partnership. Think about it, they were betrayed by Flynn Rider, when he took the crown for himself and when Mother Gothel informed them of Rapunzel’s magic healing power, they plan to kidnap Rapunzel as Mother Gothel promises them revenge on Mother Gothel and we see how they start to do that but Gothel uses this set up to save her “daughter” from these thugs and ruffians. Having betrayed the brothers and allowing them to get arrested. With The Stabbington Brothers, we see how ruthless and intimidating, they can be. Not just with their stature but with the way, they communicate to one another and good lord, one of them headbutted a guard and knocked him out cold. Now, I should bring up that in the movie, they are both voiced by Ron Pearlman.

Save for one line, where Flynn Rider questions them in the prison about what Mother Gothel plans to do with Rapunzel. There, an uncredited John DiMaggio steps in and delivers that line. Now, it’s interesting but some speculate that they have been redeemed because we see them at Rapunzel and Flynn’s wedding in Tangled Ever After, the sequel short to the film.

I don’t know if that’s the case but I could see it. They did seem fearful, when Flynn asked them what was going to happen to Rapunzel in the prison.

I’ll be honest & say that when I first heard this song, that I wasn’t the biggest fan of it. It’s grown on me over time and it fits with Mother Gothel’s over-the-top attitude of being larger than life and we see how much she instills fear into Rapunzel through a facade of acting as though, that she truly cares for Rapunzel and once again uses this opportunity to put down Rapunzel by saying that Rapunzel is getting kinda chubby. This also shows that she is willing to point any flaw that she sees in Rapunzel to make herself feel superior. Lest we forget the reprise.

The reprise is such a great villain song with Rapunzel being put down by her “mother” with the mocking, “Rapunzel Knows Best”. You just hear how condescending she is to Rapunzel. It’s just so cruel and twisted. And as I said last year, Mother Gothel attacks Rapunzel on a personal level by playing on her love for Flynn and putting doubt into Rapunzel’s mind as to whether or not, Flynn actually loves her.

I knew what this was from the start. Mother Gothel’s most evil deed was kidnapping Rapunzel as a baby.

She is willing to go so far as to break up a family to keep the powers that were within the flower to herself. That she would kidnap Rapunzel and keep her for 18 years as her own “daughter”. Thus meaning for all that time, Rapunzel never knew her real family. 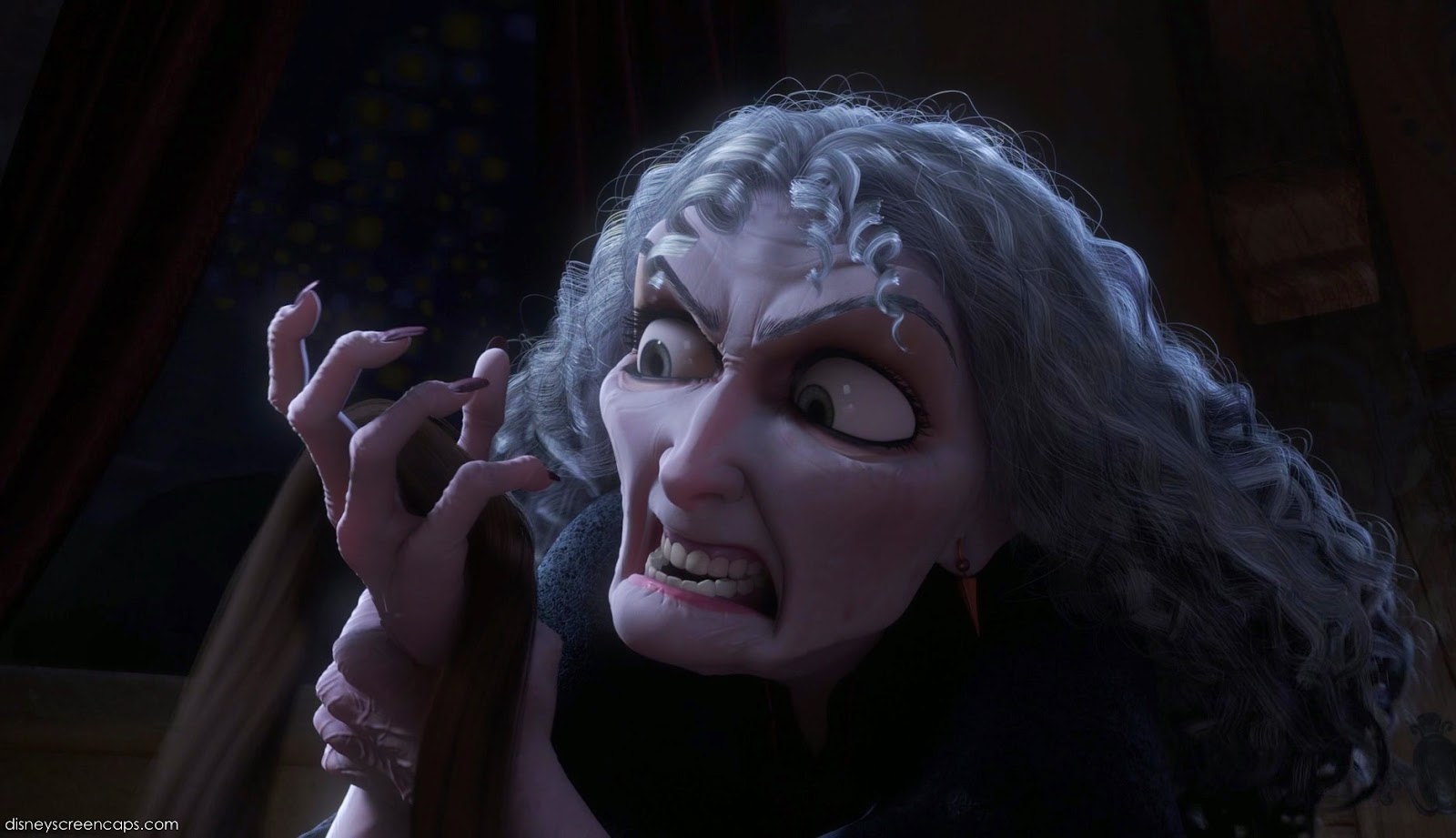 Mother Gothel’s demise comes when Flynn uses a shard from her mirror to cut Rapunzel’s hair and thus stopping the healing process and removing the power. And as we see Mother Gothel’s true age catches up with her and as we see she is ashamed of her true looks because she no longer has her beauty. She pulls her cape over her face as if to hide her ugliness and in this instance, Pascal uses the hair of Rapunzel to trip her and Mother Gothel falls out of the tower but disappears and fades away before she could ever hit the ground. Almost as if, she had turned into dust and disappeared from their world to never be heard from again.

Is Mother Gothel A Good Villain?

Absolutely and along with another villain, we will be talking about in two weeks, she is one of the most realistic. I’ve read numerous articles from young women that were in abusive relationships about how much Rapunzel’s situation reminded them of what they went through. Alas, there was one nutjob article claiming that Rapunzel should’ve been thankful for everything Mother Gothel had done for her. You’ll always get the crazies, and I want to tell those people that would try and justify Mother Gothel’s actions that they need to look what she had done to Rapunzel. Their relationship was built on a lie, Mother Gothel never loved Rapunzel and only cared about her for the purpose of the healing power. Mother Gothel is a bully that is trying to guard something that she can use to remain beautiful and has no sympathy for other people. Join me next time as we head to the arcade to look at what happens when the star of a beloved game gets jealous and goes turbo as we look at…