This episode ended up being a labor of love. I really did intend for this episode to be in time for my actual one year anniversary in October of that year. However, I never attempted anything like this before and life kept getting in the way so I didn’t finish it until January! What was meant to be the close of season 1 ended up being the opener for season 2.

Though I did like the contributions of Miss Liv, Mardot85, Magic Steve, Mad Andy, Library of Madness, Les, Komrade Kitty, Big Black Hat Man and the Angry Ginger. 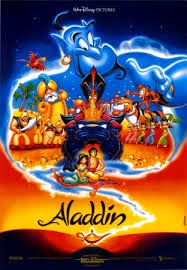