Hello & welcome back to A Look at Disney. Well, this week, we have a new Turtles movie coming out and I don’t care what anyone says, I am excited for this film. To me, it looks awesome but I bet, most of you are wondering what this has to do with Disney, if anything. Well, believe it or not, from 1990 to 1996, you could meet the Ninja Turtles at MGM Studios. They would drive around the New York streets of the park on the Turtle Van. There is a video of it on YouTube, here ya go. 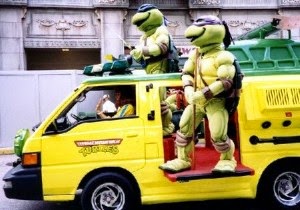 And then they would ninja dance onstage. Ooh, idea Ninja Dance Off between the Turtles and Ninja Style Dance. Nah, meanwhile April sang the theme song. 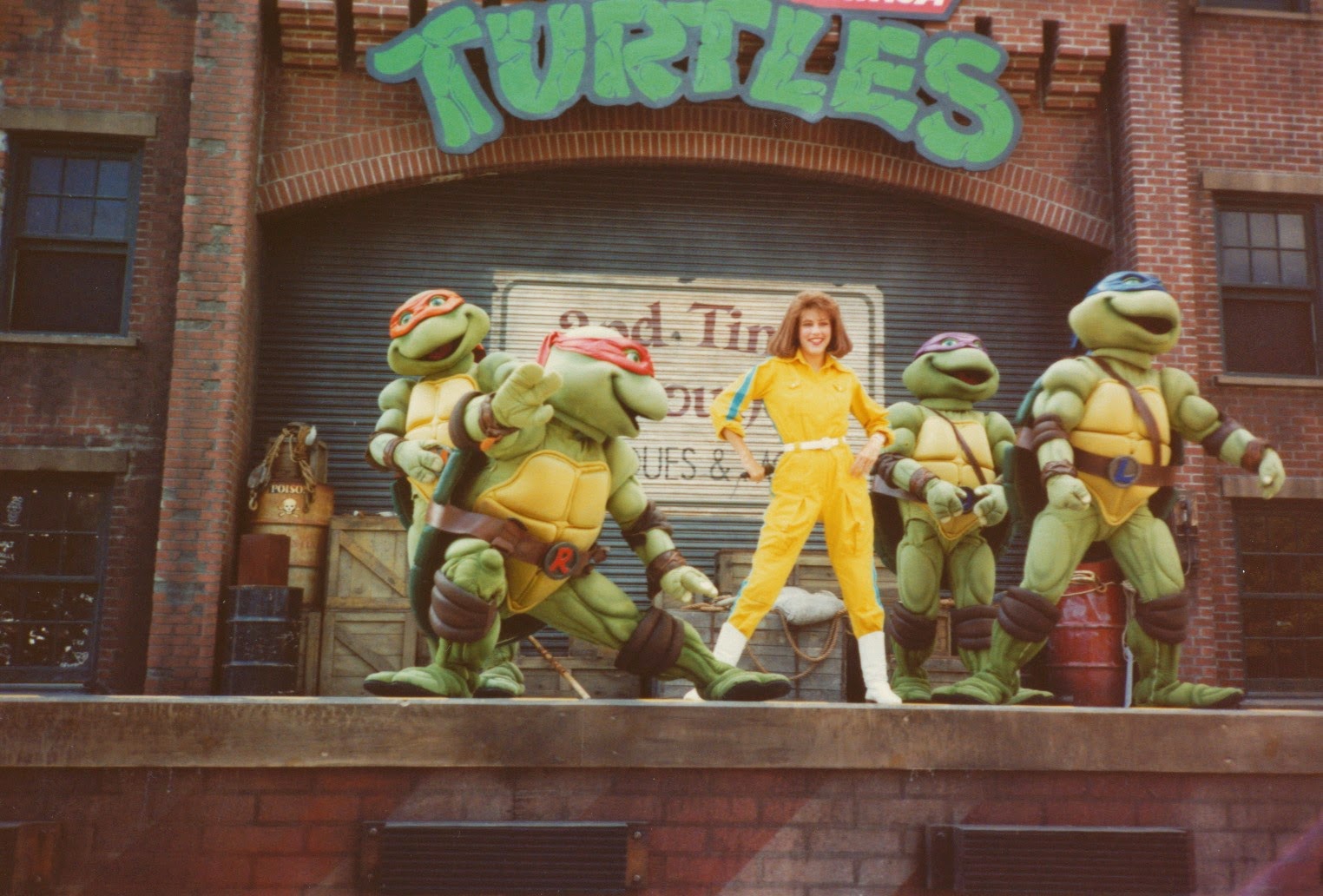 And while onstage, an announcer would introduce the Turtles with Mikey ordering a pizza. Okay, that’s funny. And then kids could get autographs from the Turtles and their picture taken with them. And beyond that, the Turtles would even appear in the Disney parades. Here is a video of them with Alan Thicke aka Mr. Seaver from Growing Pains singing “Santa Claus Is Comin’ To Town”.Oh dear lord, this is so bad. Why did I like this? WOW (still less embarrassing than The Next Mutation). 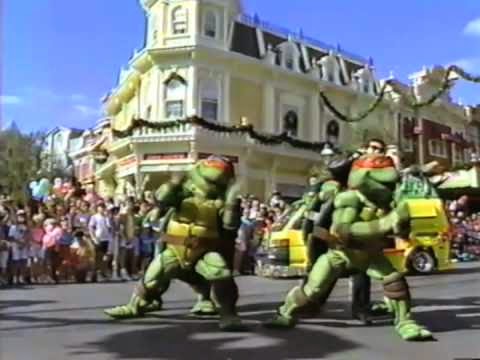 Now, it’s funny looking back at the Turtles being a part of Disney World but when you take into consideration the time frame, you can factor in Jim Henson into the equation as around this time, he was making a deal with Disney to use his characters and Henson made the Turtles for the ’90s film. Now, I do not know if this actually played a part in the decision but this would not surprise me.

I have to say that I’m a little disappointed that I never got to see the Turtles, when I went to Disney World but I would’ve loved to meet them there. Looking this up for this article almost makes me chuckle knowing that not too far across from Disney World (Looking up directions, it’s only two minutes away) is the Nick Hotel, where you can meet the 2012 Turtles and they have done special events such as a throwback to the original series.

Now from everything, I’ve looked up and believe me, it was hard finding information on this, I do not believe that Disney owned the Turtles, just the rights to use them at the parks in the ’90s. Which is interesting as I would’ve never imagined seeing the Turtles at Disney World. I hope you fellow Turtles fans have enjoyed this article and it was really cool to go back and look at something that is rather rare. There is only one way to close this thing out. Mikey, hit it. Oh, and Cowabunga!