On this episode, the guys try to find America’s toughest pickup, Tanner races an airboat in a Rally Fighter, and Bill Engvall is this week’s Big Star in a Small Car.

The show starts with three American pickup trucks driving along side each other. Rutledge narrates that over half the new cars sold in America are pickup trucks. To find out with is the toughest pickup, each host picked a pickup truck. Adam picked a Ram Heavy Duty 3500. Tanner picked the Ford F-450 Super Duty. Rutledge picked the Chevrolet Silverado. Tanner says he finally landed the King of the Hill in one of these challenges. The Ford outsells the other trucks 2:1. The Ford can tow 24,400 lbs. Tanner says this is the truck he uses to tow his two race cars. Â Rutledge says the Dodge was so embarrassed about the Ram, that Dodge removed its name off the truck. Adam says that the Ram is so tough, it was asked to leave Dodge. Rutledge defends having air conditioned seats. Tanner says that his truck has 800 lb-ft of torque, while the Chevy has 765 lb-ft of torque. The guys decide to have a drag race with the pickups.

Tanner says that he has 400 hp in the Ford and Rutledge has 397 hp in the Chevy. Adam knows he is going to lose since he has a six cylinder engine in the Ram. Rutledge says the key to any drag race is the launch. Tanner says he is going to put the Ford into second gear and do a burnout. Rutledge pulls out to an early lead. Adam got blown away. It was close, but the Chevy beat the Ford. The Ram had no chance. Tanner regrets doing the burnout at the launch. The guys talk about their pickups. Tanner said he has had five Ford Super Duties. Tanner says the Ford Super Duty is the best workhorse money can buy. Tanner says the Ford is heavy and that is why he lost. Tanner says with trucks it is about torque. Tanner says it is about twisting power, burnouts, and pulling trailers. Tanner suggests a burnout test.

Rutledge goes first. Tanner says it is going to be a big FAIL. Rutledge struggles, so he does the burnout in reverse. Tanner says that was depressing. Rutledge says he did a 30 foot burnout in reverse, but Adam and Tanner say they can barely see the rubber on the road. Adam goes next and does a decent burnout. Tanner measures it and the Ram laid 24 Tanner paces of rubber. Tanner goes last and just burns rubber. He does donuts around Adam and Rutledge. Returning to outside the hanger, Tanners says that the burnout did not feel a little bit over the top. Rutledge said he did not do that when he beat Tanner in a drag race. Tanner says that we can all agree that the Ford is the best dually on the planet, and a few crowd members cheer. Tanner says if you think that is tough, check out the Local Motors Rally Fighter. Local Motors says that the Rally Fighter can handle any terrain. Tanner says he could think of only one place to test the claim.

The show moves to the Atchafalaya Swamp, located in southernÂ LouisianaÂ and is America’s largest swamp. Tanner says there is one vehicle that can navigate through a swamp, the airboat. The airboat that Tanner will be racing is an Air Ranger, a champion airboat racer. This airboat has a supercharged V8 putting out 800 hp. Stan Floyd will be operating the airboat. He owns and operates American Airboats and has been designing airboats for 50 years. Tanner then shows off the Rally Fighter, an off-road beast that can handle any kind of terrain. Only 30 Rally Fighters will be made. It can also be driven to work. Local Motors did not design the Rally Fighters. Local Motors held an online competition for designing the Rally Fighters and an online vote determined the winner. Tanner says the Rally Fighter is a rough ride. Tanner says the car isÂ ridiculous, but it works. Tanner drives the car through a shallow part of the swamp, getting soaked, and kills the car. Luckily, he has a backup Rally Fighter. The race would be six miles and the route is unpredictable. The starting line is on the street. The race starts and Stan takes an early lead. Stan hit the swamp and it only took 400 feet for him to reach 80 mph. Tanner reached the levee road and unleashed the Rally Fighter’s engine. Stan reached the half way point and had to slow down because there was rotting tree stumps in the swamp that could flip the airboat. The airboat has no reverse or brakes. Tanner made it half way and went from the levee road to farmland and horse trails. Stan left the swamp, went over the levee and into a bayou. Stan exits the bayou, crosses in front of Tanner, and enters the swamp again. Stan had the lead, and Tanner went all out. The guys are neck and neck heading to the finish line. Stan had an edge with 500 yards to go. Tanner passes Stan and barely won. Stan almost flipped over after crossing the finish line.

Rutledge recaps the first two events. He and Adam were annoyed with Tanner’s burnout and decided to get revenge with the next challenge. The challenge is to make it up a gravel hill designed to stop runaway 80,000+ lbs trucks. Tanner says that the Chevy has independent front suspension, which is great for the road, but bad for off-road. Rutledge went and got the Chevy up the hill. Adam went and he got the Ram up the hill. Tanner had no traction after the burnout challenge. He tried to go up the hill, but his treads were gone. The Ford could not make it up the hill. Tanner lost. Rutledge and Adam rub it in, saying that if Tanner did not do all those donuts, he would have had treading left on his wheels and would have made it up the hill. Rutledge says it feels so sweet when Tanner sucks at something.Â The guys leave the gravel area and head back on the road. Adam narrates that the true test for a pickup is towing capacity.Â Then Rutledge saw something to test the towing capacity of his truck.

Bill Engvall is this week’s Big Star in a Small Car. He goes around the track in the Suzuki, says it was better than sex, and then returns to the studio to be interviewed by Adam. Bill says the Top Gear crew told him he could bring a car with him. He looked to his wife, Â who has an Aston Martin Vantage, and saidÂ and said “Honey?”Â She tells him “NO!” Bill says he has a 1950’s Chevy Pickup. He also has a 1977 Volkswagen Van and confesses he smokes “medical” pot. He also has a Mercedes-Benz S600. His first car was a 1962 Ford Falcon, which he tricked out. Bill went around the track in 1:44.3. Since Bill is from Texas, Adam asks him what the best dually is. Bill replies “Ram.” Adam completely agrees with Bill.

Returning to the challenge, Tanner has the Ford hooked up to a train and he starts driving. The train and coal car start moving. Tanner tows 140 tons of iron and steel 8 feet. Rutledge and Adam says it does not count since the train is on wheels. I disagree with Adam and Rutledge. When a truck is towing a trailer with a boat on it, the trailer is on wheels. It was very impressive to see a pickup, with a towing capacity of 24,400 lbs, pull 280,000 lbs. Then Adam calls Tanner “Thomas” and Rutledge explains it is a reference from Thomas the Tank Engine. He explains the show, which Tanner says that is so sad that Rutledge knows this. Adam says he has a plan to top Tanner pulling 140 tons.

Adam has his Ram hooked up to a house. He starts driving and he has massive wheel spin. After a few tries, the house goes down. That was awesome. Tanner says he gotÂ asbestos in his lungs. Adam says he won. Tanner says that was not as impressive as pulling a train. Rutledge says the house was already starting to cave in. Adam says the telephone pole wood was rotten and the train was on wheels on a track. Adam says he pulled down a house. Back to the hanger and the guys are arguing. Tanner asks what does pulling down a house have to do with towing. He says that people buy duallies for towing and he was the only one who towed anything. Rutledge says nowhere in the truck description does it say “Has it pulled down a house” or “has it over its load capacity pulled train eight feet?” Adam says, “Wait a minute honey! This truck has pulled down telephone poles. This is the truck for us!” Rutledge says there is a footnote for that. Tanner says that people don’t buy duallies for dragracing. Rutledge says everyone who has bought a pickup truck for speed buys a cool truck. Rutledge says he won the drag race, Tanner smoked his tires during the burnout competition, and he and Adam made it up the hill, so that makes the Chevy is the strongest truck in America. The show ends and the three hosts still argue about who had the toughest truck.

I am from Texas and I do not drive a truck. I have no need for a pickup. Top Gear is about fast cars and doing cool things in fast cars. It is not about doing truck tasks in little cars or finding out which truck is the toughest. At least the pilot, for as unfunny as it was, had a Dodge Viper and three Lamboghinis. Season 2, Episode 3 has a Corvette ZR1 go up against a Ferrari 458 Italia. Season 2 premiere had two coupes and a convertible do truck tasks. The guys went to Alaska to find America’s toughest truck. This episode was to find America’s toughest pickup. Out of the three towing displays, my vote goes to Tanner for towing a train, and not pulling down something. Can Top Gear US please get back to supercars. There are two hypercars from America that can outrun a Bugatti Veyron. Please feature them at one point.

Enough ranting. Overall this was an entertaining show, even if I prefer supercars over trucks. Tanner did donuts in a truck, that is awesome. The towing displays were awesome. A Ram pulled down a house, a Chevy pulled down two telephone poles, and a Ford towed a train. The race between the Rally Fighter and an airboat was fun to watch. Bill Engvall was entertaining. This was a fun episode to watch.

Final Score: 10 Stigs out of 10. This was fun from beginning to end. 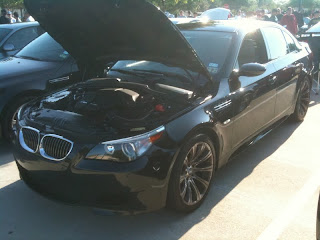 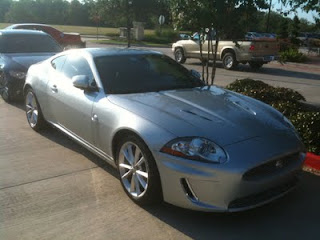