The BMW 5-Series is a mid-size/executive car, first introduced in 1972. BMW’sÂ in-houseÂ tuner company is Motorsport, who is responsible for the BMW M1. In 1985, Motorsport took the 3.5L I6 from the M1, slightly modified the engine, and put it into a second-generation 5-Series, creating the M5. When it first launched, the M5 was the fastest production sedan in the world. For every generation of the 5-Series since 1985, there has also been an M5. The latest generation of the M5 is based of the BMW 5-Series E60 chassis. The E60 M5 was produced from 2005 to 2010 and came in four-door sedan and five-door station wagon variants.

I see a few M5s on the roads of Houston. Several different generations of the M5 make appearances at Houston Cars and Coffee events. This is a beautiful car. It is a very stylish mid-size car. The M5 looks just like a regular 5-Series, except for the absence of front fog lights. I would prefer this car over E 63 AMG and Audi RS6.

Final Thoughts: This is an incredible mid-size sedan and one of the best cars in its class. I get annoyed when major automotive publications overlook this car for best mid-size car and car of the year. Mid-size car of the year goes to the cheaper, more fuel efficient cars. But those cars cannot match the performance of the M5. Also Motor Trend and Motor Week need to explain why the Toyota Prius and Chevrolet Volt are better cars than the M5. The M5 is luxurious, roomy, and fast. That is something the Prius and Volt are not. I like M-tuned BMWs. I think that Motorsport does a great job tuning BMWs. I would much rather have a M-tuned BMW over an AMG-tuned Mercedes-Benz or quattro-tuned Audi. If you want a great mid-size car and have $90,000 to spend, get this car. 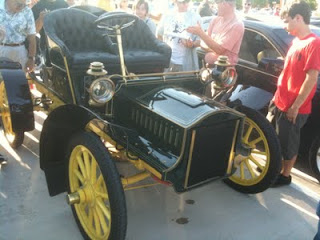