Jeremy starts the show by saying that he wants to start the show about talking about a British film about a British hero who is driving a British Car that is launching later in the month this episode originally aired. The film Jeremy is talking about is none other than Harry Potter. Since he could not get the car from Harry Potter, he then introduces a very British car, the Aston Martin Vanquish, which he takes to the Isle of White. Jeremy says the Vanquish has a carbon-fiber body and a lightweight chassis. Yet it weighs more than the DB7, which is made up of angle grinders and church pubes. The Vanquish costs 158,000 pounds, yet everyone loves it. Jeremy then asks a bystander if she would rather have the Vanquish or a house that costs about the same. She picked the Aston. Under the hood of the Vanquish is 6.0L V12 engine that produces 460 hp. It goes from 0 to 60 mph in 5.0 seconds. Jeremy is driving on the road and says the Vanquish is a proper fast car that makes a beautiful sound. Jeremy likes the interior, the badge, and the fact that James Bond drives a Vanquish. He likes its Britishness. The Vanquish is missing a gear lever. Instead he has paddle shifters to change gears, which means he has to keep both hands on the wheel. To demonstrate the paddle shifting gearbox, he tries to do a three point turn. Jeremy struggles, but does the three point turn. He then screams “What was the matter with a manual? Why do we have to have this?” The VanquishÂ juddersÂ while in towns, and the clutch gives up completely while doing a full-boar standing start. Then Jeremy says that the Vanquish has a rival, the Ferrari 575M Maranello, which costs about the same as the Aston. Both cars are front engine, two seater, rear drive GT cars that a can reach nearly 200 mph. Both do 0-60 mph in under 5 seconds. Jeremy and Damon Hill try to find out which car is better. Damon says that the Ferrari is beautiful. It is a lovely machine and everything you expect from a Ferrari. It is scary, but you have to pay it some respect since it is a prancing horse. You don’t feel completely comfortable in the car. You will enjoy driving it, but you are wary of losing concentration. Jeremy now drives the Ferrari as Damon drives the Aston. Jeremy says that the Ferrari does come with the stupid paddle shifting gearbox as an 8,000 pound option. Damon Hill says the Aston is a very, very impressive beast. Jeremy says that you can go very slowly in a Ferrari, minding your own business, then drop a gear and suddenly you are in Schumacher mode.Â Damon is impressed with the sound from the Aston.Â Â The guys meet up and decide which is better. Damon picks the Ferrari. Jeremy says the Ferrari is more complete. Damon says the Ferrari gives you a shot of adrenaline. Jeremy is also impressed with the Ferrari’s power. Damon says he does not remember the last time a road car threw his head has been thrown back. Jeremy says there are certain aspects of the Aston that he would like to be implemented into the Ferrari. Jeremy says he loves the way the Ferrari looks and the way the Aston sounds. Jeremy says there is something about driving the Aston that makes people like you more. Returning to the studio, Jeremy says he was in Heaven that day. Jeremy says the gearbox ruins the Aston. Jason says you would struggle to get a second-hand Ferrari. He also says he can get you a second-hand Vanquish by next week. Jeremy says the Ferrari is a better investment. The Stig takes both the Aston and Ferrari around a wet track while listening to “More Than a Feeling” by Boston. The time for the Aston is 1:36.0. The time for the Ferrari is 1:35.0. A clip is shown of the Stig spinning out in the Aston.

Segment 2: Formula One vs. Rally Cars

Jeremy starts by stating that Formula One drivers claim the technology from Formula One cars eventually trickle down to everyday road cars. Jeremy says the only technology that Formula One has given us is those stupid paddle shifting gearboxes. Jeremy walks over to a Peugeot rally car and says that rallying has given us more technology: turbocharging, four-wheel drive. Jeremy says that if you walk into a BMW showroom and ask for a Formula One car, they would tell you “No!” You can, however, buy a Mitsubishi Lancer Evo VII or a Subaru Impreza or an Audi Quattro or a Escort Cosworth or a Delta Integrale. Jeremy then introduces a world rally champion, Richard Burns. Jeremy asks him what to do about Formula One. Burns replies, “Try to make it as interesting rallying.” Burns used to drive with one hand since rally cars have power steering, but paddle shifters force him to drive with both hands. Burns talks about crashing during rally races. After talking about Burns’ book, Jeremy decide to give him a flavor of what rally spectators go through. Jeremy has Burns wait outside.

Jason starts by saying there is a car that does not have anything to do with Formula One or Rally Cars, the Nissan Skyline GT-R. He gives hints about buying a Skyling GT-R second hand. The Skyline was so dominating at racing, the Australian Touring Car Series changed the rule to ban Skylines. The Skyling is powered by a 275 hp twin-turbo V6 and has an incredible computer-controlled chassis. The car can be two-wheel drive when you want it and four-wheel drive when you need it. At the time this episode aired, Nissan ceased production of the Skyline and it is only available second hand. There are three models to choose from, the R32, R33, and R34. The R34 went from 0 to 60 mph in 5.2 seconds with a top speed of 155 mph. The computerized chassis makes the Skyline idiot-proof, turning boring into Michael Schumacher. The car comes with a touch screen that tells the driver how the car is performing. Jason says it is a car for the Playstation generation. Returning to the studio, Jason say there are a few things to worry about with the Skyline. Skylines are track day cars that have very low mileage but have had three or four different owners who drive it around for one track day then sell it. The Skyline is also a grey import and service history could be missing from the cars. Also the odometer might be inaccurate. There are few other things to worry about. The R32 disc brakes can sometimes explode and are expensive to replace. There are synchro problems on R33 gearboxes are cost 1000 pounds to fix. The R34 is bulletproof, but it is expensive to buy. R34s go for 40,000 pounds second hand. People have swapped the chips in the cars to provide more horsepower while shortening the life of the turbochargers. Jason recommends buying a Skyline that has been unmodified. Tires for the Skyline go for 250 pounds a piece. A set costs 1000 pounds. The tires wear out on the inside. The R32 can be bought for 10,000 to 12,000 pounds. The R33 goes for 20,000 pounds. According to Jason, the best value is the R33.

Richard is explaining the Aston Martin Vanquish that is being used for James Bond: Die Another Day. The baddie is using a Jaguar XKR and Jeremy shows the weapons and gadgets in the Jag. Richard explains the the weapons on the Aston took up so much space in the front, the James Bond Vanquish engine is a V8 from a Ford Mustang. There was not enough space for the V12 engine normally found in a Vanquish. Since the Vanquish engine is gone, the paddle shifting gearbox is gone as well and Bond gets a proper automatic gearbox, and that makes Jeremy happy. The Jag also has the Mustang V8. Since both cars will be driven on ice, they have been converted to four-wheel drive. Jeremy says the marriage between James Bond and Aston Martin is not quite as good as the marriage between a Rover Vitesse and tonights Star in a Reasonably Priced Car.

Steve Coogan informs the audience that his character Alan Partridge will no longer be driving a Rover. He would be driving a Lexus instead. A clip is shown of making fun of the pluralÂ pronunciationÂ of Lexus, “Lexii.” The clip takes place in a petrol station since Coogan worked in an old-fashion petrol station. Jeremy says his favorite man-machine pairing is Gareth Cheeseman and a Ford Probe. This pairing killed the Ford Probe. Coogan is a fan of Volvo since his dad had always driven Volvos. Jeremy has a pile of Volvo parts and Coogan has to guess which Volvo the parts are from. Jeremy hands Coogan a hubcap that Coogan originally guessed it came from a Volvo 122, and Jeremy says it is from a later model. Then Coogan correctly guesses Volvo 144. Coogan is given an interior armrest, which initially guessed was from a 240 series. He then guessed 145 and Jeremy told him it was from a Volvo 144. Jeremy then shows Coogan a door, which he correctly guessed was from a 144/145. Then Coogan’s wet lap is shown. He went around the track in 1:53.0. Then they show Richard Burns standing outside the hanger when a car passes by and splashes water on him. Now Burns know how it feels to be a Rally spectator.

Richard explains that all Formula One car makers, with the exception of Ferrari, make a 2.0L mid-size family car. The show goes to the track where Richard Hammond has gathered all the mid-size family saloons made by Formula One car makers. Later on in the show, the Stig will drive each one around the track to find out which car is the fastest. The grid order is determined by several factors. The Renault Laguna imay have poor build quality, but it is loaded with technology. The Ford Mondeo is a great all-around car, but it is still a Mondeo. The Toyota Avensis is the oldest car featured. The Jaguar X-Type has one of the most powerful engines among the featured cars. The 20,000 pound Jag is lacking in options. It is enough Jag, and that is the problem with the car. The Mercedes-Benz C 200 comes with a supercharger. It is a heavy car though. The BMW 318i is lacking in power but handles quite well. It is also heavy. In pole position is the Honda Accord. It is one of the more powerful of the featured cars. The order from back to front is the Toyota Avensis, Mercedes-Benz C 200, Renault Laguna, Jaguar X-Type, Ford Mondeo, BMW 318i, and the Honda Accord is in the pole position. The seven cars will be driven by the Stig. The Stig starts with the X-Type, which was the slowest. The order is Ford Mondeo at 1:41, Mercedez-Benz C 200 and BMW 318i at 1:43, Honda Accord at 1:44, Renault Laguna and Toyota Avensis were both at 1:45, and the Jaguar X-Type at 1:46.

Overall, this was an average show. The funniest part was making a World Rally Champion experience what it felt like to be Rally spectator. Steve Coogan showed that he was a Volvo nerd. Jason did not have the most boring segment this week. It went to Richard and the Formula One family saloon segment. Jason was actually not boring when he explained the second hand market for the Skyline GT-R. The Bond cars were cool. The comparison between the Aston Martin Vanquish and Ferrari 575M Maranello was above average.

Final Score: 50 Stigs out of 100. It was an average show by Top Gear standards. The ending segment was boring. 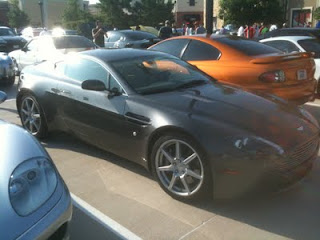 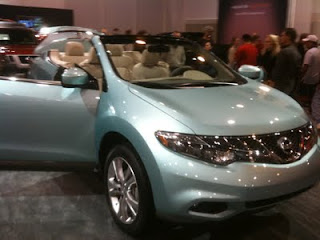