Nissan is known for creating unusual cars. The Murano is a four-door sports utility vehicle that went into production in 2002. Â Nissan decided to be unconventional and change up the Murano. Nissan chopped the top off and replaced it with a convertible top and removed the rear door on each side. Nissan created the Murano CrossCabriolet, one of the least desirable cars of 2011.

Nissan was showing off this car at the 2011 Houston Auto Show. My first question is “Why?” I do not think that anyone was asking for an SUV convertible. Nissan also showed off the Leaf, a car that is powered by only electricity. However, Nissan did not show off the GT-R. I personally do not see why Nissan needed to make a convertible SUV. The Murano was not a pretty car in the first place, and it just looks wrong with only two doors and with the convertible top either up or down.

The Murano CrossCabriolet is powered by a 3.5L V6, paired with a continuously variable transmission, that produces 265 hp and 248 lb-ft of torque. It goes from 0 to 60 mph in 8.0 seconds and reaches a top speed of 120 mph. It is only available fully loaded with all-wheel drive and costs $47,200. That is quite expensive for a car nobody asked for. It hasÂ adequate acceleration and a low top speed. For that price you can get a BMW X3 or an Infiniti FX 35 for around the same price and be happier with those SUVs.

Motorweek has reviewed the Murano CrossCabriolet on a recent episode. The Car Show asked if Nissan has turned the creativity dial too far during the 0 to 60 segment of Season 1, Episode 4.

Final Thoughts: I have no idea why Nissan decided to remove two doors and the hard top off the Murano. It is not easy on the eyes. The Murano CrossCabriolet is not cheap and you have to get it fully loaded. It is ugly, slow, and really not necessary. Other SUVs with a removable top include Jeeps and Mercedes-Benz G-Wagen. Both cars are great off-road, but I do not see the Murano as an off-roader. I see it as a luxury convertible, and there are better luxury convertibles than the Murano and for around the same price. I am going to pass on this creative, yet unnecessary SUV.

Photo taken from a camera phone. 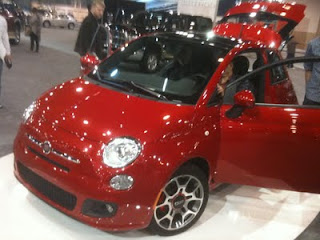