Now that we got how the PlayStation 2 impacting the gaming public as a whole, I think it is important that we look at the games on the system that defined the console. The system was known for the wide variety of games that you could only play exclusively on the system. Like the original PlayStation, it was considered the definitive console if you were an RPG fan, especially of Japanese RPGs. Of course, thatâ€™s without mentioning the variety of sports games, action games, survival-horror, mascot platformers, shooters, and other types of games that were on the PlayStation 2. 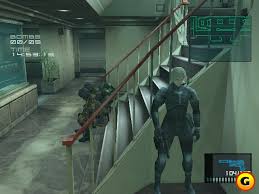 Metal Gear Solid 2 was considered a big deal for the system. It was a highly anticipated sequel to the original Metal Gear Solid. The demo of the game was even shipped with another Hideo Kojima games, Zone of the Enders, in order to increase sales of what was otherwise considered a lackluster game. The trailers made gamers really excited for what was to come, especially since they showed an increased amount of realism from the first game.

When the game finally came out, it received universal acclaim from game critics and sold over 7 million copies to date. However, it was very controversial among fans who debated about the convoluted narrative, the lengthy cut scenes, and the new protagonist, Raiden. The fact that MGS2 had a different protagonist was not made clear to the public pre-release. However, MGS2 is considered the first example of a postmodern video game and influenced several games, including BioShock, Eternal Darkness, Killer7, and Portal. 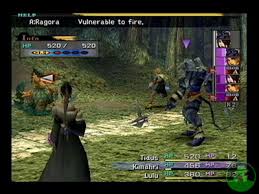 For the most part, Final Fantasy X was met with embrace by critics. However, it had more mixed reactions among the fans with people praising the combat system, graphics, and music while detractors criticized the Sphere Grid and the voice acting. It was given a four part review by Noah Antwiler of The Spoony Experiment fame, a review I actually recommend you check out if you havenâ€™t already. 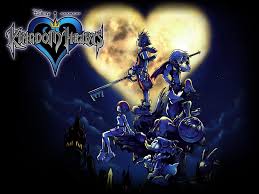 When this famous crossover between Final Fantasy and Disney was announced, many people questioned if a crazy idea like that could even conceivably work. However, if the sales numbers and critical reviews of the game are show, the game was much more successful than many people were anticipating. It was understandable that people would be skeptical of such an odd crossover like this. Those people were proven otherwise when the game finally came out in 2002.

The game was such a huge hit that it unsurprisingly spawned an entire media franchise consisting of sequels, manga, spin-offs and other kinds of merchandise. It is now Square-Enixâ€™s most popular franchise aside from Final Fantasy. The game and its sequels went on to sell millions and its impact on the gaming culture at large is nothing short of remarkable. 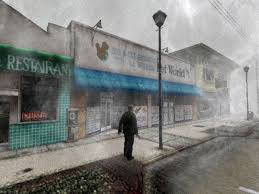 Silent Hill 2 is considered by many to be the benchmark for the survival horror genre in the video game medium. The sequel to the popular Silent Hill on the original PlayStation, it boldly placed you with a completely different protagonist instead of the same protagonist from the first game. SH2 is considered by many to be one of the high points of storytelling in the medium.

Silent Hill 2 also managed to take advantage of the hardware by increasing the draw distance from the first game as well as improved graphics. The main character of the game, James Sunderland is considered by many to be one of the most well written and developed protagonists in the history of the medium. Its exploration of taboo subjects and use of psychological horror have also brought praised to the game. It is understandable why Silent Hill 2 is on many â€œbest games of all timeâ€ lists. 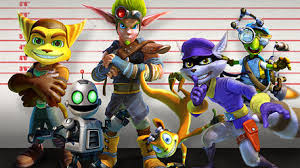 There was no doubt that the mascot platformer was going to be on the PlayStation 2 since Spyro and Crash Bandicoot thrived on the original PlayStation. In response, Naughty Dog and Insomniac created Jak & Daxter and Ratchet & Clank, respectively. A then little known game developer known as Sucker Punch made the Sly Cooper series. All three were published by Sony and were exclusive to the PlayStation 2. They also received respect from game critics for their creative and fun gameplay as well as the memorable characters.

However, while Jak & Daxter and Ratchet & Clank were huge successes from day one, Sly Cooper has more trouble picking up momentum. The first game in the Sly Cooper series, Sly Cooper and the Thievius Raccoonus., was initially overshadowed by the first Ratchet & Clank and didnâ€™t sell very well at first. It did manage to sell just enough to get a Greatest Hits re-release as well as three sequels but the sales of the series never quite reached the heights reached by the other two mascot platfromer series. However, it did manage to gain a very loyal fan base ensuring that it would not fall into obscurity and the series is just as respected by critics as the Jak and Ratchet series are. 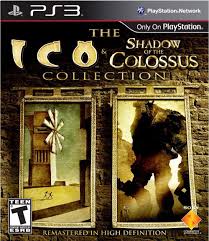 Japanese game designer, Fumito Ueda, made two of the most critically acclaimed games on the PlayStation 2. Those games being ICO and Shadow of the Colossus. Ueda is very well known for his minimalism design philosophy or â€œdesign by subtractionâ€ as Ueda himself described it and is considered to be one of the great auteurs of the medium. His games are considered to be one of the best cases for video games being a legitimate art form.

When ICO was originally released back in 2001, it was a massive commercial failure despite critical acclaim due to the lack of marketing. It did manage to pick up several â€œGame of the Yearâ€ nominations and is on many â€œbest games of all timeâ€ lists. However, itâ€™s spiritual successor, Shadow of the Colossus, sold much better in addition to receiving immense acclaim from critics and is considered by gamers and critics alike as a modern classic. 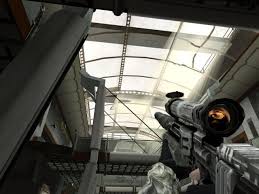 There was no doubt that Halo was a massive juggernaut when Sony decided to release their own high profile first person shooter, Killzone, which was developed by Guerrilla Games. The games was hyped up immensely by the public and hopes were high for the game. Unfortunately, those hopes were not met as the game received mixed reviews from critics who praised the presentation of a gritty war zone and the art design but criticized the lackluster gameplay and technical issues such as inconsistent A.I. and graphical issues.

The sequels would eventually improve the reputation of the series but the first game is still considered a black stain on the history of the series. It did sell well enough to gain multiple sequels but there is no doubt that many were disappointed with how the game turned out as it was not the Halo killer that Sony and gamers were hoping for. 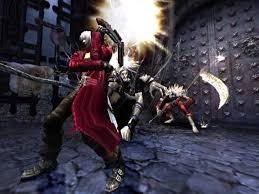 When Resident Evil 4 first started development, Hideki Kamiya decided to make it into a more action oriented game. However, he eventually realized that the game he was making deviated so much from the survival horror roots of the series that he decided to make the game completely separate from the series, which resulted in the creation of Devil May Cry.

Devil May Cry redefined action games and was very influential on future action games like God of War. The game was such a huge hit that it was no surprise that it received several sequels, including what many consider to be a let down sequel as well as the recent reboot, which was controversial among the fan base. It also spawned a 12 episode anime series, a series of light novels, a manga adaptation of Devil May Cry 3 and a very short-lived comic book series by Dreamwave Productions. 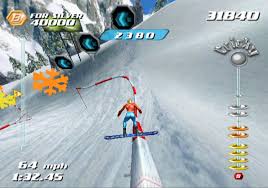 The original SSX was considered to be the best of the launch titles for the system. It was released in the middle of the extreme sports craze and sold decently enough to spawn a sequel a year later, SSX Tricky, which sold even better and was critically acclaimed despite complaints from some that it was more of an update to the first game than an actual sequel.

The two games were successful enough that they managed to spawn several more games in the franchise, even after the extreme sports craze ended. The games were well received by critics for their accessible yet fun gameplay. 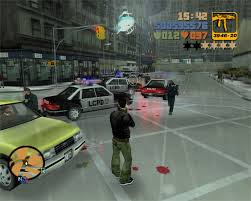 There is no doubt that GTAIII popularized sandbox games. While itÂ wasn’tÂ the first open world game as games like Shenmue also took place in an open world environment, it was the one that made the gameplay format popular in the gaming public. It was also immensely controversial as many parents and watch groups worried about the violent and sexual content of the game as well as the fact that the game awards the player for killing innocent civilians.

The controversyÂ didn’tÂ stop GTAIII from being the best selling game of 2001 or from receiving immense acclaim from critics. The sandbox gameplay was also very influential as many other developers used the open world format in other games like the Saintâ€™s Row series and many others influenced by GTAIII. The game would even spawn two more games: Vice City and San Andreas, that used the same engine as GTAIII.

Star Ocean: Till the End of Time 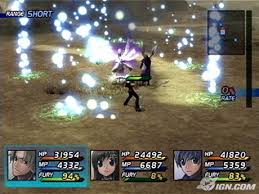 This is going to admittedly be a controversial opinion that I think SO3 was important games in the history of the PlayStation 2. When the game was first revealed back in 1999, the game was massively anticipated by Japanese audiences thanks in part to the gameâ€™s infamous subtitle. When it was initially released in Japan in 2003, it was reported that many gamers were experiencing game breaking bugs in the game. The main theory for this was that this was the result of rushed play testing due to the recent merge between SquareSoft and Enix, who were the original publisher of the game. These technical issues really soured those who played the game.

However, the next year, there was a new version of the game released with the bugs fixed as well as new content being added such as a versus mode and two new playable characters. This was the version of the game that was released outside of Japan. However, while this version was much more polished and was released to decent reviews when it was released in North America and Europe, many gamers were divided on the game in part due to the infamous plot twist that the game contained that left gamers, and fans of Star Ocean in particular, unsatisfied with the game. Despite this, thatÂ doesn’tÂ change the fact that the game might have indirectly defined the PS2. 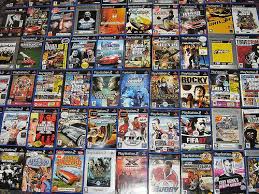 These games all contributed in helping to define the PlayStation 2 and why it became the best selling home video game console of all time. Join me next time when I finish this tribute by going other the aftermath of the domination of the PlayStation 2.

To be continued in the third, and final, part of this tribute.