I see the Bentley Continental GT about once a week on the Houston roads. I saw a few at the October 2010 edition of Houston Cars and Coffee. The Continental GT has lost its appeal with me. It is popular among both male and female drivers. I see more Continental GTs on the roads than Ferrari and Lamborghinis. The Continental GT is a stylish car, but not as stylish as a Rolls-Royce, Aston Martin, or Ferrari. But, the Continental GT combines high-end luxury with high performance.

The Continental GT is powered by a twin-turbocharged 6.0L W12, paired with a six-speed automatic transmission with paddleshifts, that produces 567 hp and 516 lb-ft of torque. It goes from 0 to 60 mph in 4.4 seconds and reaches a top speed of 198 mph. Prices start at $189,900. It also weighs 5115 lbs. It is very heavy, but it is has very good performance and a price that is less than a Ferrari California or an Aston-Martin DBS. The Aston-Martin DB9 is cheaper and better looking, but the Continental GT is faster. 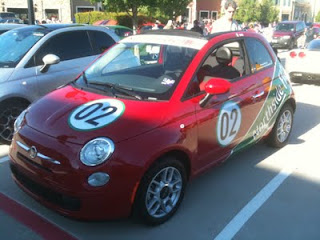