The Ferrari 365 GTB/4 is one of the all-time greats among sports car. When it first hit the streets in 1968, it dethroned the Lamborghini Muira as the fastest street-legal production car, reaching a top speed of 174 mph. Unlike the Muira, which is a rear-mid engine rear-wheel drive two-door coupe, the 365 GTB/4 is a front-engine rear-wheel drive two-door grand tourer coupe. There is a spider version of this Ferrari, called the Ferrari GTS/4. The unoffical name for the Ferrari 365 GTB/4 and Ferrari 365 GTS/4 is the Ferrari Daytona, which commemorates Ferrari’s 1-2-3 finish at in the February 1967 24 Hours of Daytona with the Ferrari 330P4. From 1968 to 1973, 1,284 365 GTB/4 Daytonas were made. From 1971 to 1973, only 122 365 GTS/4 Daytonas were made. Between the coupe and the spider, 1,406 Ferrari Daytonas were produced. This car gotÂ notorietyÂ from car publications. Sports Car International named the Ferrari Daytona the top sports car of the 1970s. Motor Trend Classic named Daytona the second best Ferrari of all time. The Daytona is very popular among car collectors. The Daytona coupe can cost from $250,000 to $350,000 at auctions. The Daytona Spider goes for prices over $1 million at auctions.

I first saw the legendary Ferrari Daytona at the 2010 Houston Classy Chassis: Concours d’Elegance. This is one beautiful Ferrari. After seeing Ferrari Daytonas on televised auctions, What’s My Car Worth, and Chasing Classic Cars, and Top Gear; it is nice to see a Daytona up close in person.Â Its got a very sleek design. Pininfarina did a great job designing the body of the Daytona.

Top Gear celebrated the 40thÂ anniversary of the Ferrari Daytona with a race against a modern superboat from Portofino to Saint-Tropez during Series 12, Episode 5. The car has also been featured on a few episodes of Chasing Classic Cars. It also has been featured a few times on What’s My Car Worth. A red Ferrari Daytona was one of the star cars inÂ Gumball Rally. It was also featured inÂ A Star is Born,Â The Long Goodbye,Â Gone in 60 Seconds,Â The Swiss Conspiracy,Â Herbie Goes to Monte Carlo, andÂ Rain Man. A Ferrari Daytona Replica was used in Miami Vice. The Ferrari Daytona is playable in Grand Theft Auto: Chinatown Wars, Grand Theft Auto: Vice City, Grand Theft Auto: Vice City Stories, Chrono Q Park, Project Gotham Racing 3, Project Gotham Racing 4, Twisted Metal Head On: Extra Twisted Edition, Ferrari Challenge, TORCS, Outrun 2006: Coast 2 Coast, and Outrun2 SP.

It is a classic Ferrari and a must for any Ferrari collector. It was also very fast for 1960s and 1970 standards. If you want one, prepare to pay a hefty price. The Daytona Spider goes for over $1 million dollars. The Ferrari Daytona marked an end of an era. It was the last of the classic Ferrari super grand tourers. It wasn’t until 1996 when Ferrari came out with a super grand tourer when the Ferrari 550 Maranello was released. 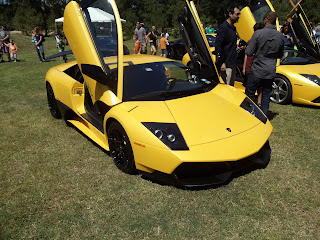 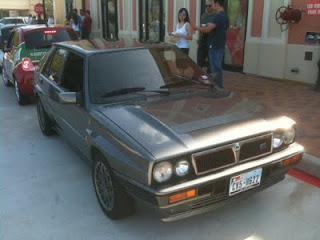