What better way to make our discussion withÂ ChalkZoneÂ better than to interview one of the co-creators of the show! Bill Burnett was the creative director for Fred/Alan Inc. writing the songs for the ads and promos for MTV, Nick at Nite, VH1, and Comedy Central. In fact, he even came up with the name of Comedy Central. Around the 90’s, he became the vice president of creative director for Hanna Barbera under Fred Seibert and was the story editor forÂ Cow and Chicken. Eventually, he and his partner Larry Huber created the NicktoonÂ ChalkZone! 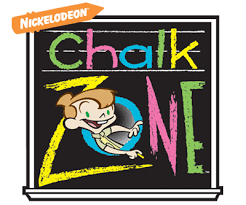 Kevin and I had the opportunity to interview Bill so I hope you enjoy it! 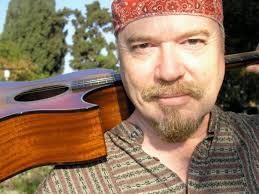 Kevin- What were your favorite cartoons/shows growing up?

Patricia- At what age did your love for music come about?

Bill- Well I always loved music but I personally got into it and started making music of my own at 16, when my parents inexplicably brought home a guitar from a trip to Mexico. Somehow they had managed to purchase me a decent guitarâ€¦not easy to do if you don’t playâ€¦and I just fell on that thing. Played it 6, 7, 10 hour a day. I would learn a new chord and then write a song using that chord combined with the ones I had learned before. I started immediately writing songs.

Patricia- Who are your influences for your music?

Bill- It’s very varied. Beatles, of course, but also Incredible String Band, Tom Lehrer, Gilbert and Sullivan, Rodgers and Hart, Rodgers and Hammerstein. Later, Randy Newman, Leonard Cohen, Joni Mitchell (who i consider to be the best of all that singer/songwriter genre) Stones, Lieber and Stoller, Harold Arlenâ€¦really this list could go on for pages. I’m very steeped in all forms of songwriting and don’t really draw distinctions between them the way some people do. Some people can say “I’m into blues, or I’m into heavy metal”. I’m into songs. Period. But then also instrumental and classical, which aren’t songs per se. I’m complicated.

Patricia- What made you decide to write music for cartoons?

Bill- I have always solved creative problems with music. Come to a place where the story seems to just sit there, throw in a song. I think songs are dramatically underused in cartoons today, which is funny because cartoons were originally invented to be an excuse to put music on the screen. That’s why they were calledÂ Silly Symphonies, Merrie Melodies, Looney Tunes. Look at all the old Fleischer stuff, it was great jazz songs by Cab Calloway and Louis Armstrong being set to pictures. So I just naturally started putting songs into everything I did. It has become harder now because young cartoonists don’t know now to match animated action up with music they way the masters did. Bill Hanna used to actually do his storyboards on music paper, and plot out his timing for theÂ Tom and JerryÂ cartoon so that it matched he beats of the music. That’s why those cartoons are so fluid and enjoyable to watch even though it’s just a cat chasing a mouse.

Kevin- What are your favorite songs from the cartoons you did the music for?

Bill- I love “Ugliest Weenie” from theÂ Cow and ChickenÂ show of the same name. That was a full out musical. I love “I’d Pick Your Nose”, the song I wrote forÂ Casper. I love ALL the songs I wrote forÂ ChalkZone,Â but am partial to “There You Are”, “Chunky”, “Escucha Mi Corazon”. I think theÂ CZÂ “Rapunzel” show is very good.Â Ethel The MermanÂ was a fun one forÂ Oh Yeah! Cartoons, another almost full out musical. “RV Having Fun Yet” is inspired but might not be everybody’s cup of tea.

Patricia- What inspires you for writing the lyrics for your songs?

Bill- Sometimes it just comes out of the blue, like “The Fireplug Ballet” forÂ ChalkZone. Just a crazy idea and I run with it. Other times it is dictated by the plot. The song “I’m Out of Time” I wrote for “The Day ChalkZone Stood Still” was a way to explain why Old Father Time had stolen the hands of the clockâ€¦because he didn’t want to give up his throne and crown to the new baby time that was coming in. So that was kind of expositional.

Patricia- How did you and Larry Huber meet?

Bill- Larry was the head of production at Hanna Barbera and I was VP Creative Director. I wanted to get into making cartoons, not marketing them. Larry wanted to make cartoons too but was busy doing his producer thing. So we would get together for quick meetings and we came up with the idea forÂ ChalkZone.

Patricia- Is it true that the inspiration forÂ ChalkZoneÂ wasÂ Simon in the Land of Chalk Drawings? If not, where did you and Larry get the concept ofÂ ChalkZone?

Bill- NO! Absolutely not! I don’t know who is writing those write-ups or why they keep defamingÂ ChalkZoneÂ like that. The only thing I’d ever seen ofÂ Simon and the Land of Chalk DrawingsÂ was Mike Meyers sketches onÂ Saturday Night LiveÂ and I didn’t even know what he was doing. Since then I have checkedÂ SimonÂ out and alsoÂ Harold and the Purple CrayonÂ and the thing is that yes, there is an obvious similarity in basic idea, but our show was an comedy/action/adventure show combined with a high concept alternative universe. I see our ancestors asÂ Alice in Wonderland, Wizard of Oz, Phantom Toll Booth. THERE IS A WORLD ON THE OTHER SIDE OF THE CHALKBOARD where everything that’s ever been drawn in chalk and then erased comes to life, and lives forever, with the soul that the artist intended for it. Is that the premise ofÂ Simon? OrÂ Harold? No. In fact, it is not the premise of anything exceptÂ ChalkZone. And then there’s a boy who finds a magic piece of chalk that allows him to enter this world and draw things in thin air. In that one respect it is like those other stories. But I see our story as being much more like Harry Potterâ€¦the ordinary kid who discovers he has extraordinary gifts. For Harry it’s that he’s a Wizard and has a wand. For Rudy it’s that he’s an artist and has magic chalk. Rudy also has a brilliant girl and a street-wise, wise guy as teammates, just like Harry. We didn’t copy Harry. Our show and Harry Potter came out at the same time. But the similarities are remarkable. I think Nick should bring backÂ ChalkZoneÂ and stress the Harry Potter relationship, since the Potter franchise has gone out of business. 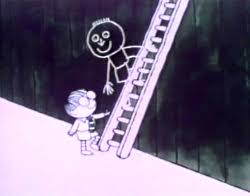 Kevin- How was the voice casting like before you decided to choose the main actors in the end?

Bill- We held auditions and worked out the characters with the actors. It was a very creative collaboration. I remember jamming with Candi Milo on Snap and suggesting that kind of 1930s snappy way of talking, with Mid-Atlantic accent, kind of like Barbara Stanwyck and Katherine Hepburn. And she got it right away and that became Snap. 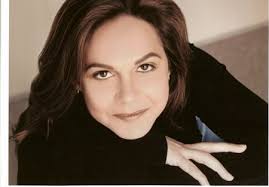 Patricia- It’s interesting to note that E.G Daily and Candi Milo, the voices of Rudy and Snap, are also singers in real life. Was that partly the reason you casted them in their roles?

Bill- No, didn’t know they sang at all until after the show started.

Patricia- What was it like E.G Daily, Candi Milo, and Hynden Walch on the studio?

Bill- Well EG and Candi are old pals and oldÂ voice overÂ pros and Hynden comes from another world and was going to college. They all got along but Hynden was in her own space. Which is kind of how their characters were too. Rudy and Snap were good buddies and Penny was always saying “I don’t know if this is a good idea, Rudy.” and being smart and seeing the dangers.

Patricia- What is your favorite episode?

Bill- I love so many. “The Wiggies” was great fun, and “Portable Portal”, where Rudy carries around a little iPad size chalkboard and converses with Snap while eluding Miss Tweezer. And the Halloween special. And “The Big Blow Up”. Again, I could go on and on. 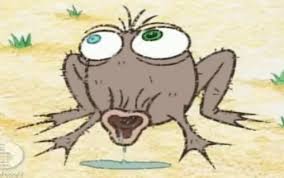 Patricia- What are your favorite songs onÂ Chalkzone?

Bill- “There You Are”, “Golden Thumb”, “Let’s Go Wandering”, and “Lollypoppian Rhapsody”.Â

Kevin- What was it like working for Fred Seibert?

Bill- Fred is one of those true visionaries who create the circumstances for great things to happen. He himself doesn’t write or draw but he makes the situation for people who can to do great work. And he has the soul of an artist and respect for an artist. Others in history like him are Walt Disney, Barry Gordy of Motown, Lorne Michaels ofÂ Saturday Night Liveâ€¦in other words people who created the canvas for others to do great things. 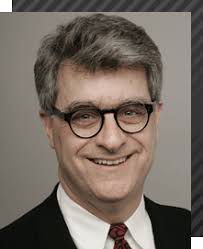 Kevin- What do you think of cartoons nowadays?

Bill- I think cartoons today have gone waaaaaay downhill. The business has been taken over by amateurs and bean-counting executives and you can see it in the ratings plunge that Nick is experiencing, in the fact that The Hub isn’t doing any animation to speak of, that Cartoon Network, of all places, has gone live action. It could come back. You just need people who know and love the form to retake control. People still like animation.

Bill- I’m working on a big musical that should start showcasing in the fall of 2012. I’m writing for the launch of a new animated rock band. I’m creating branded entertainment for clients of my company Stretch Media. And I’m always writing songs

Patricia- That’s all, Bill. Thank you so much for your time. Take care.

For more information about Bill Burnett, check out his website at billburnett.com. That’s all for now. Hope to see you around Old School Lane soon. Take care!