With the exception ofÂ The Fairly OddparentsÂ andÂ Invader Zim,Â Nicktoons in the early 2000’s weren’t doing very well.Â Butt Ugly MartiansÂ was cancelled around February 2002 after low ratings. With the success ofÂ The Fairly Oddparents,Â it was time for another cartoon short fromÂ Oh Yeah! CartoonsÂ to get its own TV series. On March 22, 2002,Â ChalkZoneÂ debuted on Nickelodeon.

The show was about a 10-year-old boy named Rudy Tabootie (voiced by E.G. Daily) who has a love for drawing cartoons. One day while going through detention due to something he didn’t commit, he comes across a stick of magic chalk. He draws a hole into the chalkboard and discovers a world made out of chalk. One of Rudy’s former chalk drawings, Snap (voiced by Candi Milo), explains to Rudy about chalk world known as Chalkzone. It’s where everything that was ever erased end up and live. Rudy becomes accustom to hang around there and have fun adventures with Snap. Along the way, Rudy makes a new friend in school named Penny Sanchez (voiced by Hynden Walsh), a smart, intelligent girl who mostly focuses on math and logic than anything. She tags along with Rudy and Snap on their many adventures in Chalkzone. In every episode, we have a quick episode involving with Snap known as “Snapisodes” and a 1 minute music video with Rudy and the gang singing different songs from different genres.

The show was created by Bill Burnett and Larry Huber. Burnett was the creative director for Fred/Alan Inc around the 80’s doing the ads and promos for Nick at Nite, VH1, MTV, and Comedy Central. In fact, Burnett himself came up with the name of Comedy Central for that channel. In the mid 90’s when Fred Seibert was the last president of Hanna Barbera, Burnett was hired to become the Vice President of Creative Director for the company. During his time, he was a story editor forÂ Cow and Chicken.Â He wrote one of the most iconic episodesÂ The Ugliest Weenie.Â He even wrote the lyrics to the song.

Larry Huber had worked on Hanna Barbera for many years working on the animation forÂ Wacky Races’Â spinoff showÂ The Perils of Penelope PitstopÂ before he left to work for Ruby-Spears. Around 1990, he came back to Hanna Barbera working onÂ Two Stupid DogsÂ andÂ Fish Police.Â In 1994, he was hired to oversee production for Fred Seibert’sÂ What a Cartoon.Â He even created a few cartoon shorts for the program. When Hanna Barbera was bought by Ted Turner in 1996, he went to oversee production for Seibert’s other cartoon seriesÂ Oh Yeah! Cartoons.Â That was where he and Burnett met and eventually createdÂ ChalkZone.Â

“It would be hard to find two guys with such incredibly diverse opinionsâ€“political, social, and otherwiseâ€“who work so well together that they can make a show as creatively in sync asÂ ChalkZone. We drew on each otherâ€™s talents and styles, as well as our own eclectic viewpoints, to produce an entertaining, well-rounded show that features many different perspectives.Â My specialty is graphic drawing, and Billâ€™s is music. As a musician and performance artist, Bill is a boisterous, outgoing type of guy. Iâ€™m a little more laid-back and reserved. But our personality differences are really the strength ofÂ ChalkZone, because if two partners think the same way, then one of them is certainly unnecessary”, said Larry Huber in a 2007 interview with Frederator Studios.Â

“ChalkZoneÂ is where Larryâ€™s interests and mine converge. Itâ€™s a high-concept show about an alternate universe thatâ€™s really trippy when you think about it. In this universe, any place on Earthâ€“a classroom, the â€œspecialsâ€ board at a restaurant, or a hopscotch courtâ€“can be a portal to another world, where all the things that people have drawn over the centuries still live. The idea ofÂ ChalkZoneÂ is very empowering to kids: when they create a work of art, theyâ€™re actually bringing something to life”, said Bill Burnett in the same interview. 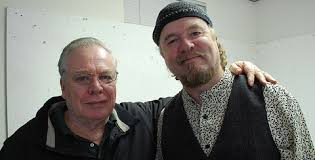 WhenÂ ChalkZoneÂ debuted, it had the highest ratings for a new show during that time with over 4 million viewers tuning in. It continued to become one of the most popular Nicktoons to air during the time alongside withÂ Rugrats, Hey Arnold, SpongeBob SquarePants, The Fairly Oddparents,Â andÂ Invader Zim.Â The show lasted for 4 seasons ending its run on November 21, 2009. As time went on, the show garnered a ton of hate from many people. I’m not kidding when I say that I have never seen this much hatred for a Nickelodeon show when doing this tribute, with the exception ofÂ Nick News with Linda Ellerbee.Â The following reviews were and I quote:

“Here we go again another dumb show from Nick. Except this one involves a boy and a piece of pathetic chalk. Everything about this show is horrible: the animation, the characters, and especially the music videos. The theme song is the most annoying song I’ve ever heard.Â There was a time when Nick aired good shows. Some of my favorites include:Â RugratsÂ (pre-Dil and Kimi),Â Are You Afraid of the Dark,Â Rocko’s Modern Life, andÂ Double Dare. These shows made Nickelodeon what they are and Nickelodeon doesn’t even air them anymore. That’s not right. Nickelodeon should really go back to what it used to be.Â

Overall I give this 0/10 stars and hope that they take it off Nickelodeon and put it on Noggin. That is where it belongs.”

“I decided to quit life and do drugs when I sawÂ ChalkZone.Â My summary lied. Don’t do drugs. Now that the public service announcement is out of the way, now I can say how bad this show is.Â This show TRIES to be cool, but they stank. I bet even Satan hatesÂ Chalkzone. The animation is bad, the music is bad (Oh GOD the music is bad.)Â The Voice acting is terribly cheesy, as are the jokes.Â Now here’s the worst part. In every episode, they have a music video. The music is so bad, it’s insulting to every insturment in the universe. NOW here is an example ofÂ ChalkzoneÂ music lyricsÂ “WE LIKE TO BOOGY! WE LIKE TO BOOGY! WERE IN A ZONE!”Â Now Sing that ten times, and there is your song. Every little child I know despises this show, including everyone ELSE I know.

“ChalkzoneÂ is a cartoon that sounded really good and creative, but when shown it just fails. The show is about a kid named Rudy, who one day while in detention comes across a piece of chalk that allows him to enter into another world calledÂ Chalkzone. There he meets one of his many creations named Snap and with his bestÂ friend, Penny, they go on adventures through the zone and try and keepÂ ChalkzoneÂ a secret. Idea wise, this show had a promising future, but the show is executed in a manner that destroys the charm of this show. The characters in this show are just boring and underdeveloped. The teacher is a generic jerk who hates fun, Penny is a stereotypical smart girl who always enforces rules, Snap is annoying, the bully is just generic, and Rudy is also annoying but not as bad as Snap. As for the stories, they are actually pretty decent and has some creativity to them, but I have seen better. I never found a funny moment in this show at all, and I wasn’t expecting a lot, but I never heard or saw anything that made me laugh, maybe a chuckle or snicker here and there, but nothing else. Then at the end of each episode, we are treated to a music video with the gang, and the songs are really irritating and bad. So what’s the purpose of them at all? They aren’t entertaining at all. This show was just a disappointment and a failure. It could have been an instant classic, butÂ ChalkzoneÂ was marred by bad humor, terrible characters, and unnecessary music videos. There’s no real value to this show at all.”

Come on, people. The show isn’tÂ thatÂ bad! Trust me, I’ve seen WAY worse when working on this tribute. Watch one episode ofÂ The Brothers Flub, Pelswick,Â andÂ Butt Ugly MartiansÂ and you’ll see what a really bad Nicktoon is. While it’s not up-to-par with the classic Nicktoons such asÂ Rugrats, The Ren & Stimpy Show,Â andÂ Rocko’s Modern Life,Â the creativity is really something to behold! This is one of the most unique concepts of a cartoon that I’ve ever heard of. While the characters are very basic, they’re still solid nonetheless. I absolutely love the animation and the most of the music is actually really good. In my opinion, it’s very underrated and doesn’t deserve the hate it has been getting over the years. Yes, it’s not perfect by any means. Yes, some of the jokes fall a little flat and it does tend to be slow in each episode, but that doesn’t mean it’s bad. It’s veryÂ atmospheric and artistic. It combines Huber’s artistic background and Burnett’s music background and the end result is a really solid Nicktoon. I recommend that you check it out if you haven’t seen it in a while.Â 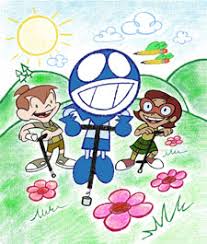 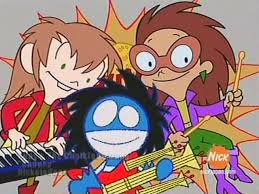 That’s all for now. Tune in next time as we have two very special interviews from the people behindÂ ChalkZone.Â Hope to see you around Old School Lane soon. Thanks for reading.Â