A common trend in video games and movies is the remake/reboot of a franchise. In the past few years, car manufactures have brought back some of their classic models. The Dodge Challenger, Chevrolet Camaro, and Fiat 500 have made successful comebacks. But there are several classic cars that manufactures need to consider bringing back. These are the top eight cars that need a comeback.

The Diamante was an underated sedan. It was reliable, comfortable to ride in, and just a good solid car. Some of the 2004 Diamantes, the last year it was made, got 205 hp from a 3.5L V6. It went from 0 to 60 in just over 8 seconds. Mitsubishi currently does not have a full-size car. Bringing back the Diamante gives Mitsubishi a car that can compete with the Toyota Avalon, Nissan Maxima, Ford Taurus, and Chevrolet Impala. The Diamante deserves a comeback because it was a comfortable car to ride in, reliable, and could be one of the best full-size cars on the market by using similar technology found in the Mitsubishi Lancer Evos.

6. Ferrari Sports Car with a flat-12 Engine Located in the Rear-Middle of the Car

Ferraris Berlinetta Boxer cars were great performing cars. They were known for their flat-12 engines located in the middle of the car. The flat engine lowers the center of gravity of a car, improving handling and cornering. After the 512M, Ferrari started putting V12 engines in the front of the car, starting with the 550 Maranello. Ferrari V12 grand tourers compete with the Corvette, Aston Martins, Mercedes-Benz SLR McLaren, and other high performing grand tourers. Ferrari’s main competition, Lamborghini does not make grand tourers. Ferrari needs to produce a rear-mid flat-12 car to compete with the new Lamborghini Aventador, McLaren MP4-12C, Audi R8, Porsche 911s and other rear-mid engine supercars.

Morgan is known for making cars with wooden frames and quality three-wheel cars. From 1911 to 1952, Morgan made cars with two wheels in the front and a single wheel in the rear. These cars were lightweight and were laterally stable. These three-wheelers were cool cars and have a good following. Morgan revealed a prototype to the 2011 Three-Wheeler. Morgan, please put the Three-Wheeler into production.

I covered this car in a Classic Car article. The 928 is the only front-engine V8, two door car ever made by Porsche. It was a fast, quality grand tourer. Porsche has come out with the four door Panamera to compete with the Rolls-Royce Phantom, Maserati Quattroporte, and Aston-Martin Rapide. The 911 competes with the Ferrari 458 and other supercars with the engine located behind the passengers.. Porsche needs a car to compete in the grand tourer class. Porsche needs a grand tourer to compete with the premier grand tourers, such as the Aston Martin Vantage, Corvette, Dodge Viper, and Nissan GT-R. There are rumors of a new Porsche 928. Please Porsche, bring back the 928. It deserves a comeback.

The NSX is the only supercar ever made by Honda. It was produced from 1990 to 2005, and it still has a huge fanbase. I see at least half a dozen NSXes at Houston Cars and Coffee. It had two different V6 engines. The 3.0L V6 produced 270 hp and 210 lb-ft of torque. The 3.2L V6 engine produce 290 hp and 224 lb-ft of torque. It took 4.8 seconds for the NSX to go from 0 to 60 mph and reached a top speed of 175 mph. Honda has been focusing on hybrids while stopping the production of the S2000. Honda/Acura’s rivals, Lexus and Nissan, have supercars. For Honda Motor Company to compete with Lexus and Nissan, it needs to transfer some of its technology used in F1 and Indy Car Racing and produce a car that can compete with the Lexus LFA and Nissan GT-R. Honda can have cars like the CR-Z and the Insight, yet still have a high performance car like the NSX. Honda was going to bring back the NSX, but due to several reasons, Honda canceled the production of the next generation NSX. The NSX needs a comeback to show that Honda can still make high performing vehicles. 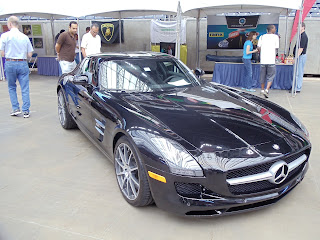 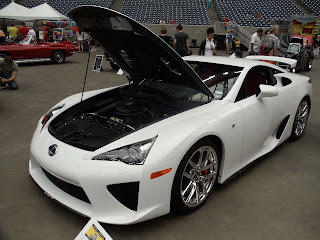