Porsche Carrera GT is a Porsche like no other. It is a two-seater supercar with a removable roof. It is the only Porsche with a ten cylinder engine, not the flat-6 engine found in the 911. Also the engine is in the middle of the Carrera GT, where the 911 has the engine in the rear. It was produced from 2004 to 2006, with only 1,270 Carrera GTs produced.

Top Gear reviewed the Porsche Carrera GT during Series 4, Episode 4, where it set the power lap time, and was featured again during Series 5, Episode 2, where Jeremy Clarkson was comparing modern supercars to classic supercars. Jay Leno featured his Carrera GT on his website, www.jaylenosgarage.com. It is a staple in the Need For Speed, Forza Motorsport, and Burnout games. It is also playable in Split/Second (Corbretti Slipstream), Drag Racer 1 and 3, Drift City, RayCity, Colin’s Crazy Carrera, Project Gotham Racing 2.

Final Thoughts: It is a Porsche like no others. I like its design and I think it is one of the best pure roadsters people can buy. It is a fast car. I just think it is a little expensive for what it is. I just cannot wait for Porsche to release the 918 hybrid Spyder.

Photos taken from a camera phone. 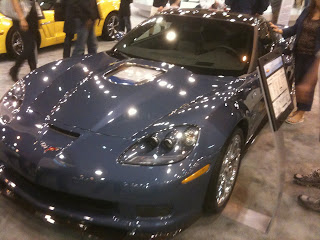 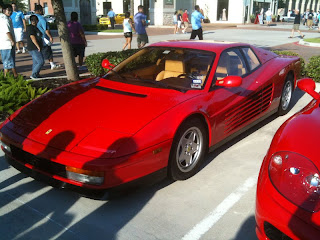