Growing up there was one Ferrari that I had a scale model of. It was a red Ferrari Testarossa. It was one of my favorite cars growing up. The Testarossa was produced from 1984 to 1991, with 7,177 produced. ItÂ succeeded the 512BB and was succeeded by the 512 TR and later the 512 M. It was the third to last Ferrari with a flat-12 engine.

I saw the Ferrari Testarossa for the first time at the September 201 edition of Houston Cars and Coffee. It is nice to see one of my favorite cars growing up in person. It is a little wide, but still a stunning car with its side intakes.

Final thoughts: It was a childhood favorite and is still one of my favorite cars. There are better looking Ferraris than the Testarossa. At the time I wrote this article, a Testarossa is on sale for as low $37,500 on autotraderclassic.com. It is one of the cheaper classic Ferraris and makes a great addition to any car collection in need of a classic Ferrari.

Photo taken by a camera phone 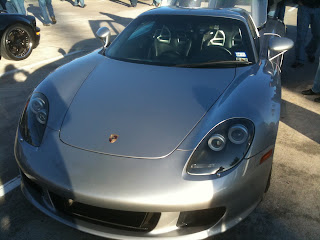