Hello everyone! Welcome to Average Internet Reviews! Where nothing is abnormal! It’s time to talk about baddies! Not the big baddies mind you, but the mini baddies! Those hoards of mindless monsters that do nothing but follow said big baddie. More specifically, I’m gonna talk about the ones from Zelda, and after looking through EVERY Zelda enemy, I’m ready. only 1 rule, no bosses, so, without further ado, let’s begin.

Number 9. Twilight Assassins from the beta for Twilight Princess 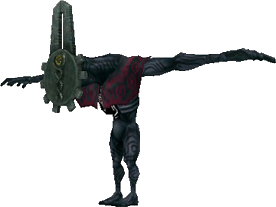 Now, I’m just gonna place this at the number 9 spot for 1 reason, a badass name. that’s it. I do this because this enemy is never actually faught in the game, only in the beta of Twilight princess….moving on…

Number 8. Arwings from Ocarina of Time/Starfox 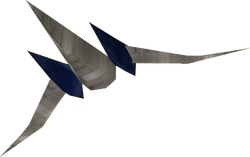 Some of the people out there who know what this shit is are spitting out their morning coffee and than saying WTF!?!?!? While I can tell you I am not giving you shit, this is the real deal. You see, people that do not know, Arwings are the main form of transportation in Star Fox, another Nintendo game, that has absolutely nothing to do with Zelda. Whether it was an easter egg or just a way to test game mechanics, we may never know, but what’s imprtant for you to know is that this enemy can only be found through a gameshark code, how unfortunate. Now onto villains that were actually supposed to be in the games!

Fuck Wallmasters fuck fuck doublefuck loathsome fuck. Yup, one of the most loathed enemies ever, the wallmasters. People hate this thing with a passion. In one fell swoop it can reduce all your progress to a fat load of nothing. They do this by dropping from the ceiling(I don’t know why they aren’t call ceiling masters, but whatever), grabbing link, and dragging him back to the beginning of whatever dungeon your in at the time. Fuck. Thankfully, these guys are fairly easy to avoid once you stop being scared shitless of them. But that does take a little while. 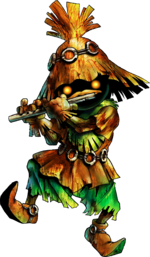 These guys only barely qualify as enemies as far as I’m concerned, you see, for the most part, they’re pretty harmless, they will only attack you if your an adult…and it’s a pretty pathetic attack at that, seeing as they run away after the first shot. The skull kid race, is a pretty interesting one, while not much is known about them, it is proposed(in-game) that when a child wanders into the woods and gets lost, they slowly turn into a skull kid. Creepy. They also have quite the resume for diversity, most skull kids are simple funlovers who don’t do anything inherantly evil, where as one skull kid serves as a mini boss(Though he only does so to help Link progress), and another who serves as the main antagonist of the fucking game! Didn’t see that one coming. 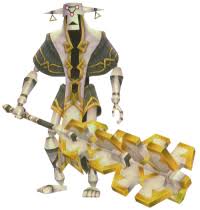 Fear them. Fear them now. They can’t be killed, they kill you with but a touch, they actively pursue you and always know where you are, they are faster than you, You have no weapons or items when you meet them, and they have help. I don’t really need to go into much more details here. Fear them. 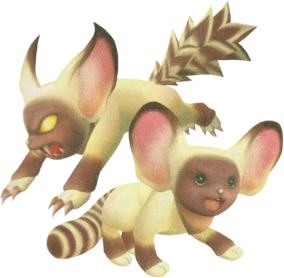 DAAW! There so lovable! Come here little lemur thingy! I wanna give you a big hug and take you home with me…gah! Don’t hurt me little lemur thingy! You see, Remlits are quite possibly one of the cutest animals in fiction, you will just adore these things…during the day…at night, you’le still adore them, but they will try and kill you in the process. Â WHat’s worse, when you first see them at night, you walk up to them expecting the cutest face in all reality than…evil face! Scary as shit. And even when they are evil…you don’t wanna hurt them…and if you do, they will run away and start to cry, effectively making you feel bad about what you’ve done. Video game characters should not be able to do that…*sniffle* 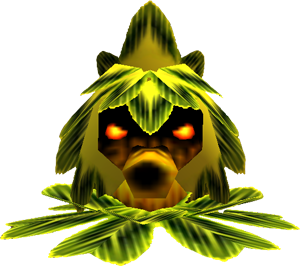 Having speant some time as a Deku scrub in Majoras mask lets you know that their lives SUCK. I mean, no wonder they shoot at link with their weird deadly bubble attack whenever he get’s close! Humans are total asses to these guys! What’s different about these enemies, at least as far as Majora’s mask is concerned, is they actually seem to have some form of society going for them, from merchents to business scrubs to a king! You don’t see no Wallmaster king! …though I’m kind of glad. 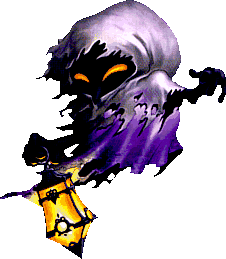 They’re ghosts. They are just ghosts. They’re appearance ranges from hooded figure to the fucking grim reaper between game, but for some reason, people have a serious thing for there souls, in ocarina of time, one guy will pay big bucks for a bottled poe soul, in twilight princess, your forced to rip the soul out of it’s body with you bear wolf teath(I don’t really need to explain why you are a wolf right now for you to get this). Other than that,I don’t really know why I like them, I just do. 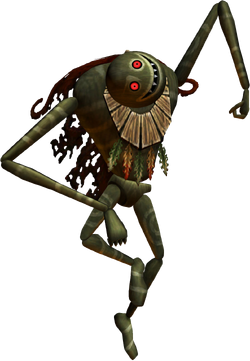 This is a bit of an odd choice for me to choose as it is a choice that I have chosen because this choice to me was a one that I thought was fun and therefor I chose it. Phew, anyway, yes, these guys are a strange choice, they only appear twice in twilight princess, and no more after that, they are the minions of the skull kid mini boss, and they’re fucking puppets! Creepy! What do they do? hey circle you, and attack! I know, I now, weak, I told you this was a weird choice…Happy Zelda everyone, can’t wait to see you around the blog! 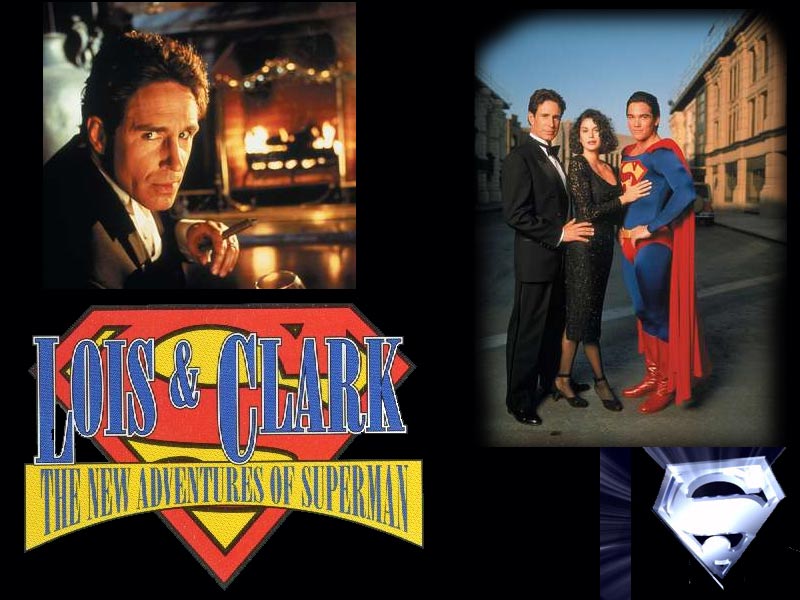