(Special thanks to Ratin8tor for coining the idea)

Hello 6 people that read my work…7 maybe..:D, I am here to talk about something that most of us know about, with a list designed for people who do not know about it!!! Ah the hell with this intro, this is the top 9 reasons to play a Zelda Game!!!

Now, in a VERY recent forum topic, I discovered that someone had actually not played a Zelda game, shocked as I was, I kept my cool, and decided not to rage, the person I’m sure none of you have figured out the name of suggested something to help those who haven’t played understand more. i declined. The person than suggested I give reasons why people should play a Zelda game, I agreed with this. So here we are. Now, I’m not gonna bullshit you with numbers about great gameplay, or a truly breathtaking experience, no, you know that, everyone and their mother knows that whether or not they’ve played. So, I am going to try and give you some semi-unique reasons why playing these games would be a great decision on your part.

Number 9. Almost everyone else has already played them 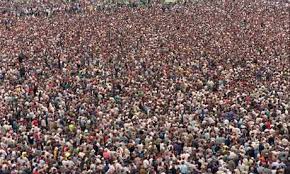 The Legend of Zelda is big, so big that it is one of the most beloved things ever. So the number of people that have played it is also big, very big, so why not you to? I’m not saying that someone like you should become, say, a sheep, it’s more about not being left out of a popular subject, if a couple of Gamers that you know get into a conversation, and it winds up at The Legend of Zelda, you are royally screwed, you don’t know jack shit about something that is practically a religion for some people. I suppose this entry is more about just keeping yourself informed, so Â you don’t look like a total dumbass. 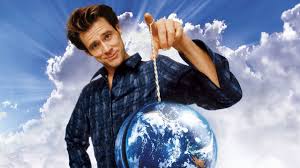 Who doesn’t love killing things in video games? No one, right? There are just so many ways you can do it that it could be a goddamned mathematical process. Well, Zelda games offer that and a bit of fun as well, later on of course. In most Zelda games, you will collect many items throughout the game that help you a little bit, but you get your ass kicked plenty(They are difficult games, make no mistake), but, when you have collected most or all of the weapons or items from later in the game, some of them are just damn fun to use, take the double clawshot from twilight princess for example, 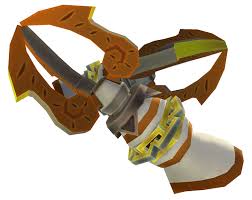 When I got this, I went to own on enemies, I would first grapple onto a wall, and shoot unsuspecting monsters below with the other clawshot! It was like mayhemvana

or how about theÂ Magical Rod from the original game?

When you got this baby, your sword wasn’t worth jack shit anymore, this baby did more damage, and was a lazer that shot across the room! You have all the enemies coming at you, and you would just pick up your magic stick, and bibbidy-bobbidy-blast There asses back to hell. Good times. 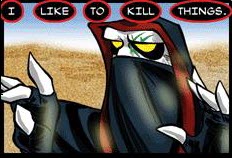 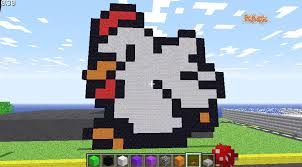 In most Zelda games after a Link to the past, there were chickens(called something else in game, but I don’t care, it’s hard to spell), lots of chickens. Now, if your a purebread asshole like 90% of those that bought these games were,,,well…they learned there lesson… 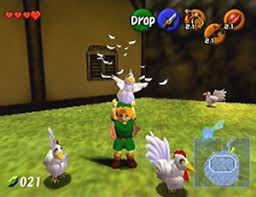 Yes, whenever you attack one of these things just a little bit to much, it calls it’s friends, where the fuck did they all come from!?!?!?!? I mean, seriously, these chickens gotta be in cahoots or something, they just gotta be. The games are worth playing to meet this extremely odd flock.

Number 6. If you like getting scared, get a load of this shit. 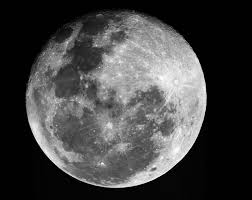 aww, but ti’s just the moon! Pretty little thing…yeah, I suppose, you wanna know what it looks like up close, you sure? 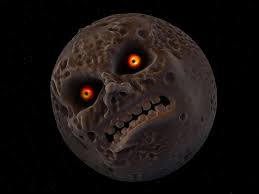 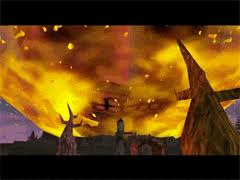 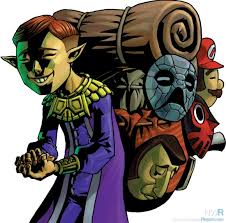 In Ocarina of time, this chipper little salesguy here set you up with a mask related sidequest, nothing much else, but, in the second game, the game that’s ALL ABOUT MASKS, he played a bit of a bigger role, being partially responsible for the main plot of the game. What’s interesting about this guy is that he always has something to say about every mask, but, if you don’t bring him Majora’s Mask and save the world…well…he needs a new name than. 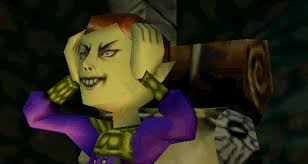 …yeah…he gets pissed…reasonably scary moment when he does. 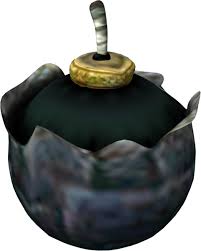 I like making explosions, not real ones mind you, but these fun ones in Zelda!

There are all kinds of bombs, there’s the regular kind, the kind that work in water, the kind that run across the room before blowing up, the kind that you stick on the end of your arrows, hell, there’s even a mask that blows up when you put it on(wounding but not killing you), hell, they even grow bombs out of the goddamned ground!!! Next thing you know, there will be a living bomb that walks up to you and blows up! 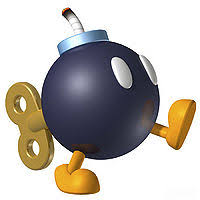 Number 3. Getting shot out of a cannon that walks

Link gets shot out of a fucking cannon that walks, moving on.

I see absolutely no good reason to not at least try these games if you play games. Everyone loves them, that should at least deserve a look see from those with the skeptic eyes running on overload. 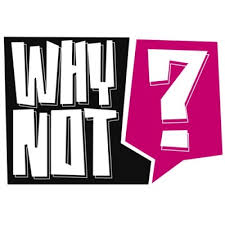 Number 1. So you can understand the rest of my Zelda articles

I’m gonna be doing some more Zelda stuff pretty soon, so, it would be nice if my readers knew the subject matter.Â 😀 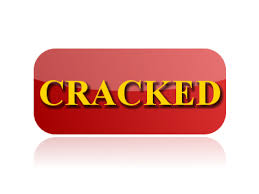