Oh my God!!!!! Arkham City is AWESOME!!!!!!!!!!!!Â  It’s finally here and it’s freaking AWESOME!!!!!!!!!!!!!!!!! But that’s not what I was going to write about. Today I’m going to review and celebrate a show that first aired 50 years ago way back in 1961. It ran for 5 seasons and is one of the most influential shows in all of sitcoms and television in general. It set a standard in writing, acting and characterization. The show had very likable characters and well written and simple to outrageous stories. Plus it was absolutely hilarious! For this it won multiple Emmy Awards for the writing and acting categories. I love this show for all of those reasons and because it has one of my favorite showmen of all time Dick Van Dyke. I don’t think it’s humanly possible to dislike this man or his performances. He’s so funny, charming and talented and it is clearly reflected in all of his interviews. Happy 50th Anniversary Dick Van Dyke Show!!!!!!

The Dick Van Dyke show was actually not originally called the Dick Van Dyke Show. Creator, Producer and Head Writer and Storyman Carl Reiner came up with the premise of the show based on his life as a comedy writer for the program Your Show of Shows. The original pilot of the show “Head of the Family” had Reiner play the lead role and feautured the premise of the work and home life of a writer for a comedy variety show named Rob Petrie. Unfortunately this pilot was not successful. When the successful Executive Producer Sheldon Leonard got his hands on the script he saw great potential in the premise and writing, but told Reiner that it was his performance as basically himself that didn’t work. Reiner agreed and and decided to take the aforementioned roles behind the camera. Sheldon Leonard and Carl Reiner were casting various people for the revamping of Head of the Family and cast Rose Marie and Morey Amsterdam as Rob Petrie’s coworkers Sally Rogers and Buddy Sorrel of the Alan Brady Show. Richard Deacon was cast as Mel Cooley who was the Alan Brady Show’s producer and the star’s brother in law. Even though Reiner couldn’t play Rob, that didn’t mean he couldn’t play other characters so he was cast as the great Alan Brady, Rob’s boss and star of his show. Then Mr. and Mrs. Petrie were cast and to be played by Mary Tyler Moore and Dick Van Dyke! Van Dyke was so good that they decided to change the name to the Dick Van Dyke Show! There was also a great tension between the studio executives and Sheldon Leonard. The exec had no faith in the new show because it was an already failed pilot and it seemed unnecessary to them. But Leonard was stubborn, persistent and believed in the concept and the actors. This persistence payed off big time and the Dick Van Dyke Show was a smash hit and made audiences laugh for the next 5 years.

The stories in the show were very simple and enjoyable stories for the whole family. There were also some real conflicts and issues that families do deal with. There’s one episode where Rob and Laura’s excitement at their son Richie’s increased vocabulary becomes concern when he starts swearing. Obviously they couldn’t say it back then but the writing and acting is very effective and that this is a real for them and the audience is left to use their imaginations to get an idea of what the kid said. It also showed that this wasn’t going to be like Leave it Beaver with the “Aw shucks Wally” bullcrap. This was a show thatÂ  could have episodes that regularly feature real problems and situations in a humorous manner. Some situations actually give Rob inspiration for the Alan Brady show. Excellent stories that may appear dated, but they’re so charming, funny and well written I still enjoy them and laugh my ass off.

The great thing about this show is that every character is likable!!In sitcoms nowadays there’s always a main character that’s a real jerk and you as a viewer can not stand him/her. This show has every character be a very likable person. Even when Buddy is picking on Mel for no real reason he’s still so charming that you still like him.Â  Due to the show’s rather extensive use of flashbacks the audience has a connection and a history with the Petries. Audiences know this family and form a strong bond with them and it doesn’t matter your age. Elder viewers see Rob as a son. Middle aged viewers see him as a brother. Young adult, teenage and children see him as an uncle. You feel like you know him and you care about him. You can’t wait to see what goofy and outrageous situation he’ll get into this time. The acting is superb. Morey Amsterdam and Rose Marie’s quick wit bring the snappy dialogue of Sally Rogers and Buddy Sorrel to hilarious life. Richard Deacon’s Mel Cooley makes a great straight man. Jerry Paris as Jerry Helper gives a funny performance as the Petries’ neighbor and best friend. Reiner’s Alan Brady gives a really funny performance as the boss that usually doesn’t like the first 4 drafts of a script. Mary Tyler Moore’s Laura Petrie is excellent, funny and just pure fun to watch. She’s really pretty and comedic timing is brilliant and her chemistry with Van Dyke is awesome!! Now for the man himself. Dick Van Dyke as Rob Petrie is basically Van Dyke fundamentally playing himself. It’s similar to how Charlie Sheen plays Charlie Harper in 2.5 Men. He’s absolutely perfect. Here’s a tidbit. He actually tripped over the ottoman. That was not TV magic. The man taught himself how to pratfall by watching and imitating the great physical comedians of Charlie Chaplin, Buster Keaton and especially Stan Laurel. He’s so talented and amazing!!

This is a fantastic show. I can watch it again and again and it always makes me laugh! There’s nothing more to say because it’s that good. Join me next time for my first top list of the TOP 13 MOST MAGICAL FINAL FANTASY MOMENTS!!! If you’re wondering if I’m going to review Arkham City please be patient I need to actually play it first. 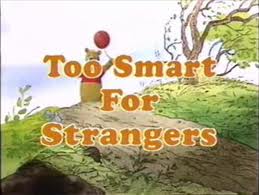