Â  Â Alan hold rose from his wheel chair with the nurse telling him to be careful.

Â  Â â€œLook guys I know you all concern about people using their phone in public as well as while their driving, but guys truest me this is not the way to do.â€

Â  Â â€œBut I donâ€™t want my mom and dad to end up in the hospitalâ€ a girl said while on the verge of tears, â€œI want them to be safe. The girl began to cry on Anaâ€™s shoulder.

Â  Â â€œBethel,â€ said Ana while holding Bethel on the shoulders, â€œher name is Bethel. Sheâ€™s new in the neighborhood.â€

Â  Â â€œI thank your parents know all too well, Bethel, how much you care for them and believe me they will think twice before taking they phone out in a dangerous aria . In other world we won and now itâ€™s time to put the mission to rest. Not just for our sake but for our parent who are on doubt wondering if we lost our mines.

Â  Â Everyone started in the group being to talk to one another before turning their attention back at Alan.

Â  Â â€œOkay, Alan, we will stop operation busy single for now. But if there is any proof that the cell phone monster is real then all bets are off.â€ Megan said while everyone in the chapel had muttered in agreement.

Â  Â â€œGoodâ€ Alan said who did not know weater to be relive of to be worried to that operation busy single is coming to an end. 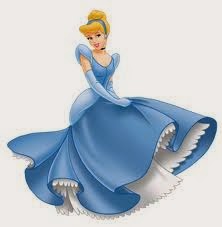