I think itâ€™s time for a Break.

I decided for the next couple of â€œLetters to Celestiaâ€ Blogs, Iâ€™ve going to try and stay away from the Graphic Stuff Iâ€™ve looked at in the past and look some that are happy and are a lot like the show. For Todayâ€™s topic, I picked a random piece of fanfiction that I found online, and the one that I chose is called â€œNever Stop Smilingâ€.

[Iâ€™m not showing Images for now since they are major spoilers for it.]

The story is told from the perspective of Rainbow Dash and is in the form of a letter which is being addressed to Pinkie Pie.

In the letter, Rainbow tells Pinkie of how much she had fun with and reminisces about the good times theyâ€™ve had together as friends. Plus she brings up the facts of how she was there to comfort when she was REJECTED by the Wonderbolts Academy. She then starts to develop Feelings for Pinkie but never really admits it to her.

The Next day, Rainbow awakes to find Pinkie not movingâ€¦at allâ€¦for several hoursâ€¦ She then comes to conclusion that Pinkie Pie died. Sheâ€™s then taken to a Hospital where itâ€™s revealed that she apparently had a Disease (It never states the name) and Pinkie apparently never revealed it to anybody and pretended like it wasnâ€™t there at all. Obviously, everyone is completely distraught by the news and Rainbow was the most crushed by the news since she had recently develop feelings for her. (Which was the day before the incident.)

The Letter that sheâ€™s writing is apparently being written 8 YEARS after the whole incident and she tells to Pinkie what happens to everyone after it. Twilight moves back to Canterlot where she becomes a Royal Assistant to Princess Celestia (She doesnâ€™t become a Princess. This was probably written in between Season 3 since they reference â€œWonderbolt Academyâ€.) Rarity and Fluttershy apparently start Dating and become engaged, and Applejack and Rainbow Dash get married. Although she still has feelings for Pinkie. This is the main reason why she wrote the letter, to tell her this since she didnâ€™t have the strength to do so when she was still around.

Personally, I donâ€™t really care about Shipping and I donâ€™t Ship anyone either. So the whole idea of this fanfic seemed like it was one big Sad Shipping Party. It reminded me of something like Love Actually if the Alan Rickman/Emma Thompson story affected all the others and it had a sad ending.

Most fanfics exist in some kind of different reality due to the situations that involved in the stores. This one was very similar to the showâ€™s storyline with some minor changes to it. (Twilight is not a Princess, Rainbow being rejected from WBA, etc.)

If only Quinn Mallory was there to help. 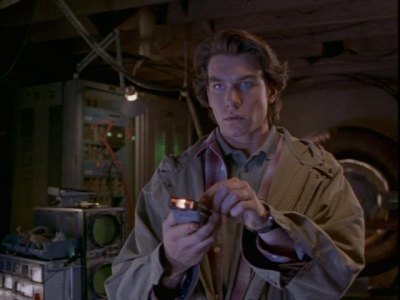 To be honest, I do not like Rainbow Dash at all. She’s my least favorite character in the show and she just makes me upset whenever she pops up. (I’ll probably explain why in the near future.)When I wasn’t looking foward to reading this since she would probably do the same old stuff she always does, but in this she didn’t actually bother me at all in this. She actually seemed likeable to me and she showed some genuine emotions in here.

Overall, I thought this was a pretty decent Fanfic. It will seem like one big ship-fic towards the end of it, but I’m use to seeing ALOT of those so it didn’t bother me. I guess you can read it if you want to.