In June 2005, I remember reading on an article from Game Informer magazine of the reveals from Nintendo’s E3 presentation of the games that were going to be coming out on the Wii and DS. There was one game that wasn’t showcased, but caught my eye once I saw it: a new 2D Metroid game called Metroid Dread. The 2000’s was the best decade for Metroid since the most amount of games were released that were critically acclaimed like the two Game Boy Advanced games Metroid: Zero Mission and Metroid Fusion and the 3D 3rd person action adventure game Metroid Prime and its sequel Metroid Prime 2: Echoes. I was more than excited for more Metroid. Over the years, news of Metroid Dread became silent with little to no information on its release date. 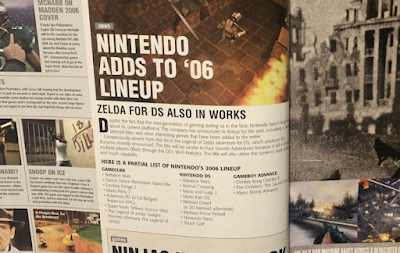 But that was fine since there were other games that came out such as Metroid Prime Hunters, Metroid Prime Pinball, and Metroid Prime 3: Corruption. But then the 2010s appeared and Metroid: Other M was such a polarizing game that it almost killed the franchise for over 6 years. Then, Yoshio Sakamoto, the director and producer of the Metroid games said that Dread was probably not going to be coming out anytime soon. We assumed that Metroid Dread was cancelled and people started calling it Metroid Dead. The first half of the 2010s decade was difficult for Metroid fans. 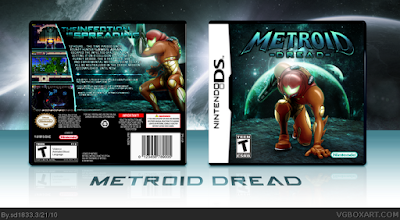 The later half of the 2010s decade was slightly better. A fan named Milton Guasti aka DoctorM64 released his long passion project AM2R (Another Metroid 2 Remake) a fan remake of Metroid 2: Return of Samus and Nintendo released Metroid Prime Federation Force and its own remake of Metroid 2 called Metroid: Samus Returns on the 3DS. There was even an announcement on E3 2018 that Metroid Prime 4 was coming out. Knowing that Metroid Prime 4 was going to be the next big game, the idea of Metroid Dread ever coming out had left my mind. But then E3 2021 appeared and what I saw was something I never would have thought in a million years: a trailer for Metroid 5 which was Metroid Dread. When I first saw it, I was so excited! It was the first time in many years that I was hyped for a video game to come out. Click here to learn more about my initial thoughts. I had to wait an additional year to play it because I didn’t have a Switch at the time. But thanks to Arun Mehta from The Arun Mehta Show, I now have a Nintendo Switch and the first game I bought was Metroid Dread.

Taking place after the events of Metroid Fusion, Samus had received a message from an unknown source that there was an X parasite located at Planet ZDR. The Galactic Federation sent 7 robots called E.M.M.I to capture the X, but it lost communication. Samus lands on ZDR to learn more about the whereabouts of the X and the E.M.M.I., but then sees an adversary she didn’t expect: a Chozo soldier named Raven Beak who almost defeated Samus, but an unknown power source from herself activated and she was spared. Things get worse when the E.M.M.I. have been hacked to now attack Samus. Samus, being underpowered to take down both Raven Beak and the E.M.M.I., is told by Adam to escape the planet and head to her ship on the surface of ZDR. So the game is a reverse where Samus is traveling upwards instead of downwards. Without getting into major spoilers because I don’t want to ruin it for anyone who want to play this game, what are my thoughts of Metroid Dread as both a fan and someone who has been waiting for this game for over 15 years? The wait was worth it! 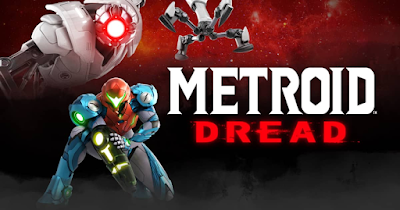 The gameplay is classic 2D action/adventure with some exploration just like the other Metroid games, but there are several new additions that make it standout. The introduction of Aeion abilities from Metroid: Samus Returns have returned here in Metroid Dread, but there are some new techniques such as the Phantom Cloak that makes Samus invisible for a short period of time. It’s very useful, especially when you’re trying to run away and hide from the E.M.M.I. It feels like the proper elevation from Metroid Fusion after Samus is trying to run away from the SA-X. Admittedly, the gameplay of the SA-X is starting to show its age a bit since the segments are planned. If you know what to do, you can easily avoid the SA-X with no issues. There are little to no changes or alterations on its movements or its reactions to when it approaches Samus. But the E.M.M.I. goes on a whole new level. When you enter an E.M.M.I room, you hear the eerie music, you hear the beeps and boops of the E.M.M.I. trying to find you with sensing your movements and hearing your footsteps, and you’re trying to find a way out before it finds you before it catches you. There are 7 in total and each one is harder than the last making it a challenge even though you’re collecting the items needed to become stronger. 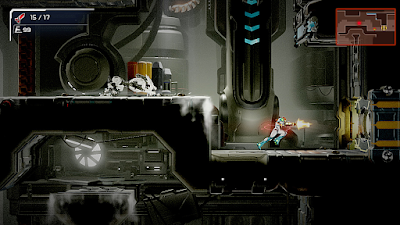 There are different sections of the planet to go around to make it towards the surface and each location is unique with a set of monsters and atmosphere to set it apart. The bosses are also great with its own set of challenges, fighting style, and strategic ways of taking them down. Some of them are the best in the whole series, with the final boss being my favorite of the bunch. The story is fairly simple just like the other Metroid games, but there are a lot of twists and turns that will make you shocked, surprised, yet satisfied if you’ve been following both the games’ and manga’s story and lore. But the story doesn’t detract from people who have never played a Metroid game. The prologue and several cutscenes gets the plot of the series up to speed, but the gameplay is the most important part of the game and that makes up for it. Samus has never controlled this smooth before: she’s fast, agile, and spry. The slide makes moving so much easier, the melee defense move takes down enemies in a pinch, and the wall jump feels so natural. As you get more moves, weapons, and Aeion abilities, Samus slowly becomes an unstoppable beast. I hope that future Metroid games keep this same gameplay style. 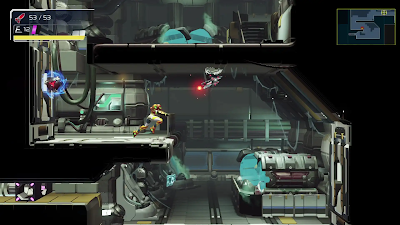 If I had to bring up a minor complaint of Metroid Dread, the music left a lot to be desired. Sure, it captures the atmosphere of the locations and moments, but none of it was memorable. Other than the opening prologue which is a remix of the opening theme of Super Metroid and a cutscene featuring a minor side character with a remix of the lower Brinstar theme of Super Metroid, I couldn’t recall a song that left an impact on me when playing it. As you know, I love Metroid music. Whenever I’m working on a script for a video and editing it, I listen to songs from Metroid, Super Metroid, Metroid Fusion, the Metroid Prime games, and AM2R. Sadly, I won’t be adding Dread’s soundtrack from my playlist. Another minor complaint I have is that the last chapter of the game felt very short and underdeveloped. I had made it to the surface and picked up the last power up and before I knew it, I was given the option to fight the last boss. I would’ve liked it if I was there longer or if there was another section of the planet to go to to explore. If you see the map of ZDR, there’s an empty space over by the upper right corner. I thought that I was going to be exploring over there, but nothing ever popped up. If Metroid Dread ever has an update such as New Game+ or a patch, I would love either another section or make the last chapter a bit longer. But I doubt it’ll happen. 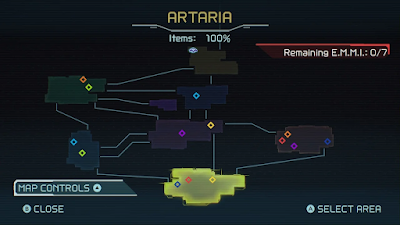 Overall, I love Metroid Dread. It’s now in my top 3 favorites in the series. It may have surpassed Metroid Prime as my 2nd favorite. As for topping Super Metroid, that’s too early to tell. Super Metroid is not only my favorite in the series, but my favorite game of all time. If you want to learn why, click here. If I was to recommend a Metroid game for a newcomer, Dread would be one of my first choices as a great introduction next to Metroid: Zero Mission. It’s fun, fast, and challenging. Currently, Metroid Dread is the best selling Metroid game of the series with almost 3 million copies sold. Hopefully this will show Nintendo that we want more Metroid games. Let’s hope and see if Metroid Prime 4 continues this momentum. 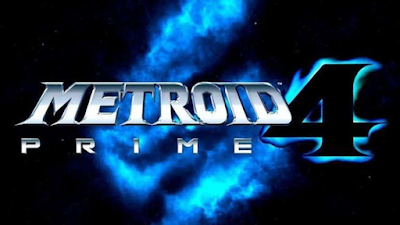