Now here are 10 isekai anime that the ToonGrin Boys think are the WORST TRASH. TUNE IN!! 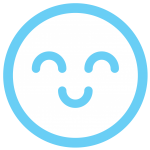 Welcome to the home of ToonGrin.com
The ToonGrin Boys, Whyboy and Nero, are two mooks who get together to produce animated movie and show reviews and more in an attempt to make you grin. We are like fools for kings and queens… but for the digital age… we are your digital dimwits for electronic entertainment!

WHO ARE YOU?
ToonGrin is a co-owned production company that independently develops and produces online web content and performs video editing and graphic design work for clients of various professional fields. The company is run by Taylor Wyatt and Angelo Misseri, two video producers that have developed a range of skills to produce high-quality content in a timely fashion.